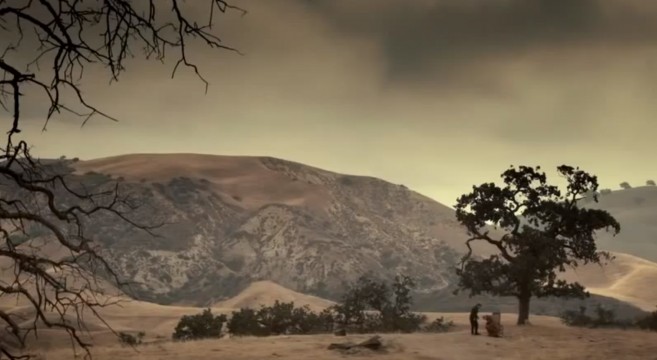 When I first began watching the new trailer for what I read was “a new mini-series from Will Ferrell” I immediately assumed it was just another video spoof courtesy of the comedy geniuses at Funny Or Die.  Turns out, I was both right and wrong.  Entitled The Spoils Of Babylon, the clip was indeed made by the team at Funny Or Die, and the production value of the trailer kept getting more and more impressive by the second — elaborate sets, elaborate costumes, and elaborate everything.  I couldn’t believe Funny Or Die would invest so much much money in one single spoof video.  Then I discovered the trailer spoof is actually a very real trailer for a very real mini-series airing on IFC in January!  Executive Producers Will Ferrell and Adam McKay are the creative minds behind the series which was written by Matt Piedmont and Andrew Steele, the duo behind Ferrell’s 2012 film Casa de mi Padre.  The 6-part mini-series tells the fictional story of the wealthy Morehouse family and their dramatic Thornbirds-style saga set amongst the oil-rich fields of Texas.  The Spoils Of Babylon is produced by Funny Or Die, and stars Will Ferrell, Jessica Alba, Val Kilmer, Tobey Maguire, Haley Joel Osment, Michael Sheen, Tim Robbins, Steve Tom and Kristen Wiig.  The six-part series will premiere on IFC on Thursday, January 9th at 10pm.  To learn more be sure to visit the mini-series’ impressive new website at IFC.com.  And for hours and hours of fun you can always rely on the amazingness that is FunnyOrDie.com.