Chris Cunningham left his immortal mark on the 1990s as the iconic director behind some of the most influential music videos of his generation.  From Aphex Twin (“Come To Daddy”, “Windowlicker”) to Bjork (“All Is Full Of Love”) to Madonna (“Frozen”), Cunningham is one of the all time greats.  While his peers such as Spike Jonze, Michel Gondry, and Jonathan Glazer moved on to the film industry, Cunningham went underground to explore a more experimental fusion of film, music, art and technology, taking him on the road to festivals in Japan and Europe for a range of live audio-visual performances.  Now Cunningham unveils his latest brilliant creation entitled “jaqapparatus 1” which recently bowed at the Audi City London high-tech concept store.  The work features two laser-firing robots in an intense kamasutra-esque love/war dance, with two Talos motion-controlled camera rigs bringing the piece to life.  “Mounted on the robots heads are powerful lasers which they use to attack, repel and communicate with each other,” explains Cunningham in an interview with NOWNESS, “a kind of duel, a surreal mating display which sees each machine trying to dominate the other.” 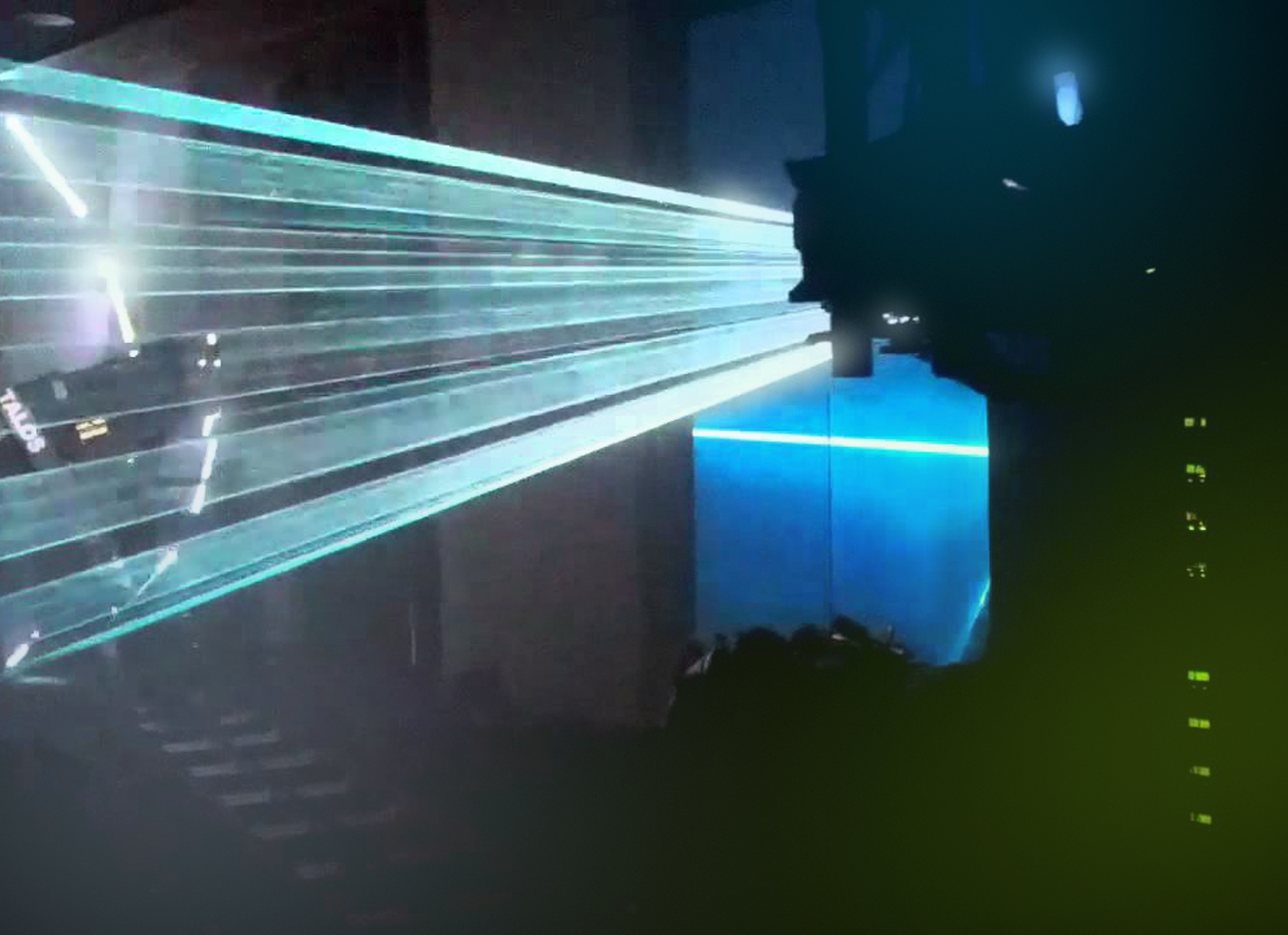