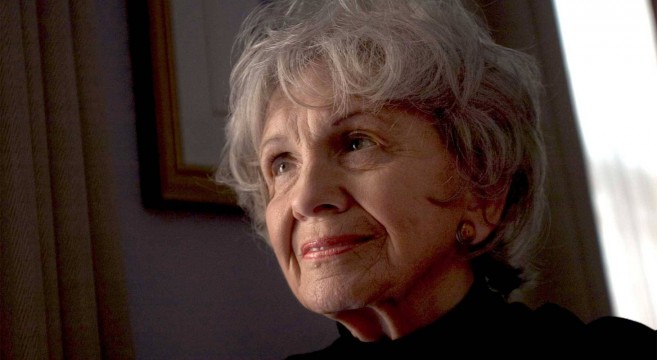 If it’s a Thursday in the second week of October and you get a phone call from Staffan Normark there is almost a 100% chance you are the annual winner of the Nobel Prize for Literature.  Each day of this second week of October, Normark places an early morning phone call to the various winners.  If it’s a Tuesday, he will be informing you that you have won the Nobel prize in chemistry.  If it’s a Wednesday, physics.  Economics comes the Monday after.  But when renowned Canadian writer Alice Munro, 82, was sleeping at her southwestern Ontario home in the small town of Clinton this morning at 5am, she decided not to answer that pesky phone of hers.  Moments later when she checked her voicemail she learned of the huge news.  Munro is the first Canadian-based writer to win the literature award, the 13th woman to receive the prestigious Literature prize, and the 23rd Canadian Nobel laureate.  Joe Sterling of CNN writes: “Munro’s work long has been likened to Chekhov’s.  Another acclaimed author, American Cynthia Ozick, has referred to Munro as ‘our Chekhov.'”  Munro’s voicemail story, however, still cannot top the most hilarious of all “How did you find out?” stories of the world’s Nobel winners.  That quirky prize easily goes to British novelist and playwright, Doris Lessing, who won the 2007 Literature prize and learned of it in another unusual way.  Thankfully her reaction was captured on video and you can watch it in full below.

The Swedish Academy has not been able to get a hold of Alice Munro, left a phone message. #NobelPrize #Literature

Previous post:
Tilda Swinton Is Furious With Harvey Weinstein & His Senseless Snowpiercing Scissors Next Post:
Charlie Rose Interviewed Margaret Atwood And Forgot To Invite Me To The After Party