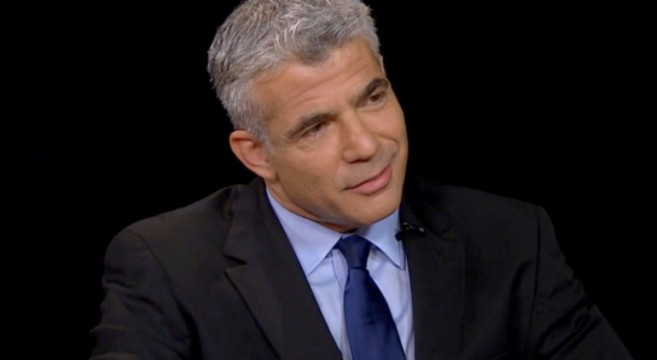 Feast Your Eyes On Yair Lapid Of Israel, The Sexiest Finance Minister In The Universe

If you had told Yair Lapid (born November 5, 1963) ten years ago he would become Israel’s future Minister of Finance, he probably would have laughed in your face.  With a hugely successful career as a journalist, an editor of an Israeli newspaper, and the #1 columnist in the country, Yair was one of the country’s most popular and influential media personalities.  Back in 1994 he began hosting what would grow into Israel’s #1 Friday evening talk show, and even starred in a movie entitled Song Of The Siren.  His evolution as the King of Talk continued through the years with a #1 show on Israel’s Channel 3, and later a #1 show on Channel 2 called Ulpan Shishi (Friday Studio) in 2008.  And in that same year, his first play, The Right Age for Love, was performed by the Cameri Theater.  To give you an appreciation for the scale of Yair Lapid’s popularity, he was voted one of the Greatest Israelis of All Time in a poll conducted by the Israeli news website Ynet.

After growing tired of the deep cynicism that permeated the media landscape of Israel, Lapid formally announced he would be leaving his career in journalism in order to run for political office.  In April 2012 Lapid formally registered his party Yesh Atid (i.e. There Is A Future), and in January 2013 he and his brand new party of liberal values for the secular middle class won an astonishing 19 seats in Israel’s 120-seat Knesset (15.8% of the seats).  The unprecedented victory was a huge shock to Israeli prime minister Benjamin Netanyahu’s conservative party, and on March 15, 2013, Yair Lapid became Israel’s Finance Minister — even though he knew absolutely nothing about economics.

In a recent interview with Charlie Rose, Lapid discusses the unlikely nature of him having become Minister of Finance (he also jokes about how he would have much preferred the jet-set lifestyle of a Minister of Foreign Affairs), but explains how his inexperience in the world of economics is exactly what has served him best in making sweeping financial decisions for the country.  After immediately implementing some severe austerity measures when he first took office, Israel’s economy is now booming with a  near 7% growth rate.  But as I watched his interview with Charlie, one half of my brain was paying attention to the fascinating discussion, while the other half was mesmerized by Lapid’s smouldering good looks and irresistible sexy charm.  By the end of the 33-minute chat, I was head over heels in love with this man, and needed to splash cold water on my face.  Yair, if you ever grow tired of life in Israel then by all means come here to Montreal, because I guarantee you — There Is A Future for the two of us together.  As the interview reveals, Yair Lapid is also somewhat of a Facebook superstar (he explains how he often gets into mud-slinging fights with opponents on Facebook at 2am), so be sure to follow him on Facebook for live updates from this sexy beast.