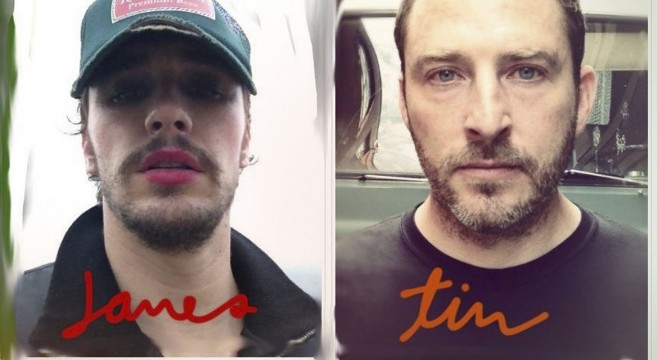 James Franco never stops.  And when he does manage to take a break from work, well, it might still be considered to be “working” by most others.  At the moment, he’s filming the Wim Wenders movie Everything Will Be Fine in Montreal, doing voice work for the movie The Little Prince (also in Montreal), he made a cameo in a recent Arcade Fire concert film, released a new trailer for his Sal Mineo biopic Sal, premiered his new movie PALO ALTO at TIFF which was directed by Gia Coppola and based on his book/memoir PALO ALTO STORIES (watch trailer below), and just about a million other things.  To top it off, earlier this morning he released a brand new music video for his band DADDY (comprised of some buddies he studied with at the Rhode Island School of Design).  The video is actually a pretty great remix of their track “Love In The Old Day”, and you can watch it in full below.  And to read Franco’s interview with FADER, where he expands on his fascination with Rudolph Valentino, be sure to visit TheFADER.com.  To hear more from James Franco’s band DADDY you can take a listen via Soundcloud.

Previous post:
Meet Hélène Grimaud: The Wolf-Whispering Piano Beauty Who Sees Colors In Music & Howls Next Post:
Why The 20th Anniversary Reissue Of Nirvana’s “In Utero” Is Beyond Amazing