No great science fiction epic is fully complete without an equally epic set of spaceships.  From the flying saucers that appeared in Hollywood’s very first sci-fi films, right up to the giant ships of today’s greatest space flicks, our imaginations have been endlessly captivated by these enormous vessels.  But for even the most diehard fan, it’s been a challenge to understand how the scale of each of these spaceships relate to one another — until now.  Thanks to DeviantART user Dirk Loechel, we now know exactly how these ships compare in scale when grouped together in one single chart.  Loechel put together this stunning infograhpic which compiles sci-fi’s greatest spaceships in one easy to understand scale chart.  Take a look for yourself below, clicking once to enlarge, and clicking a second time to zoom in.  The Starship Enterprise (United Federation of Planets, Excelsior Class), for example, measures 467 metres in length — roughly the same height as the Empire State Building.  But the biggest ship of all — the City Destroyer Invasion Mothership from Independence Day — comes in at a whopping 24,000 metres in length.  Which means you would have to string together 52 Enterprises end-to-end to equal the length of the epic saucer seen at the bottom left-hand corner of the chart. 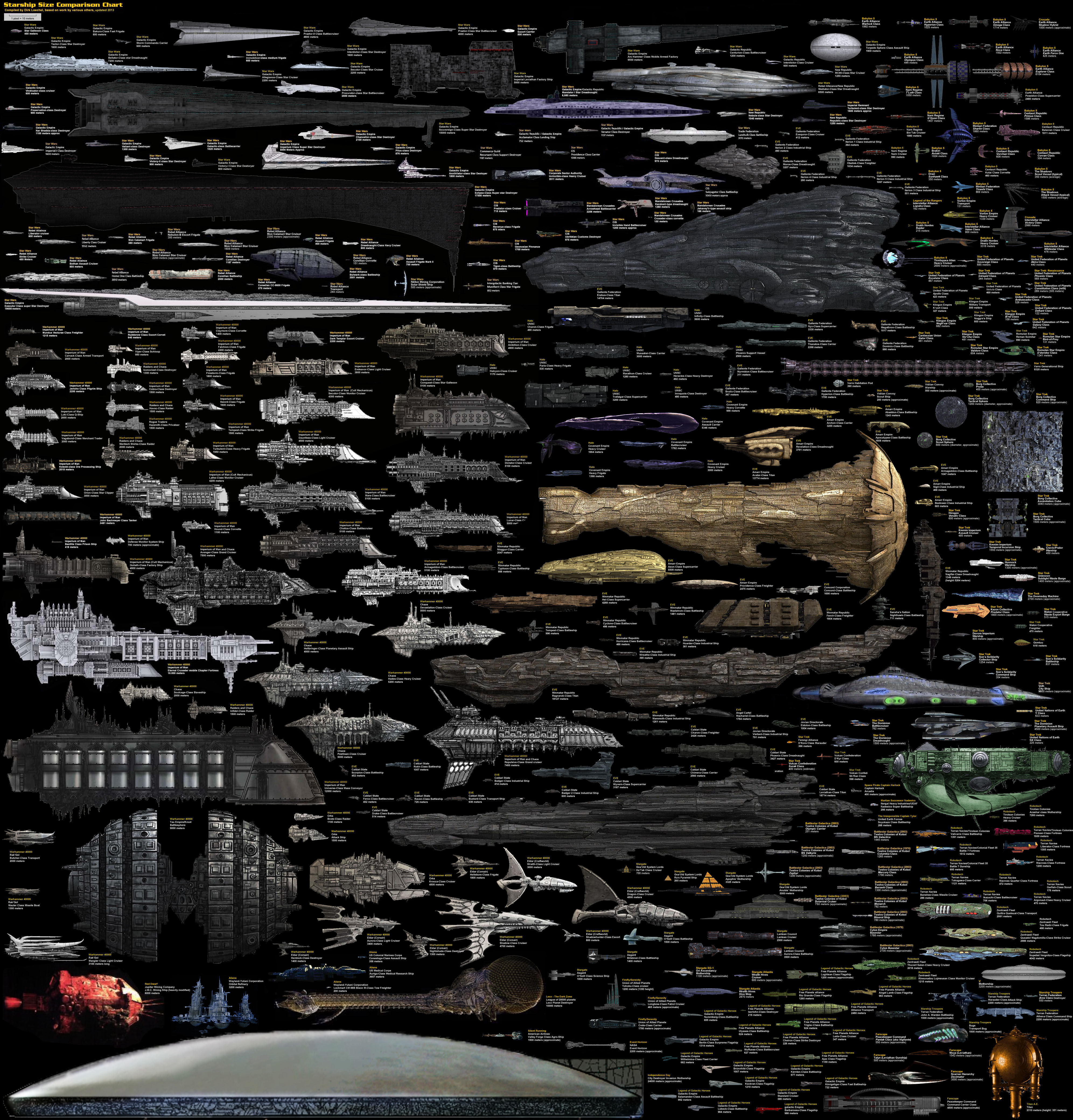