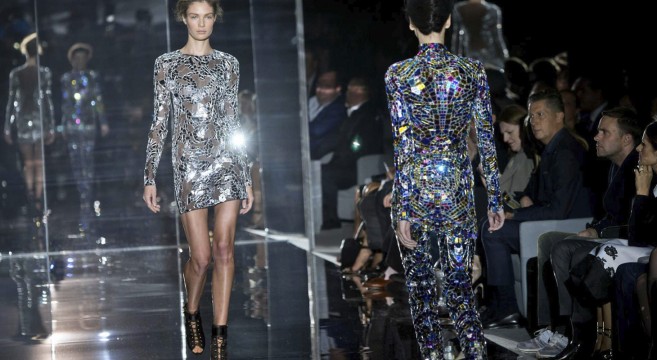 What Do Tom Ford’s London SS2014 Collection & Arcade Fire Have In Common?

Tom Ford is a major inspiration of mine, to say the least.  His multidisciplinary approach to creativity is something that anyone can admire, but it’s his ingenious way of expressing it that continues to take the world by storm.  Whether he’s reinventing southwest architecture with Tadao Ando, or directing a critically acclaimed film, or bringing his creative vision to life in fashion form, Tom Ford is by all means a renaissance man.  Ford recently unveiled his brand new Spring Summer 2014 collection in London, and it was a refreshing breath of fresh air for an audience that has quickly grown tired of fashion as usual.  For his show last year, Ford held the event inside a London palace not too far from Buckingham Palace, but this year Ford shook things up a bit by inviting the select group of guests, including Anna Wintour, Cate Blanchett and Colin Firth, to a club-like venue down near the river.

Wall-to-wall mirrors with black carpet combined to add an extra layer of mystery to the club atmosphere, all while bringing his designs to life.  Tom Sykes of The Daily Beast writes: “It was only appropriate then that the central part of the show was taken up by clothes suited to (millionaire) club kids — figure hugging skirts, mini-dresses, and micro-suits covered in crystal. Indeed, the crystals were so plentiful, so all-encrusting, that they had the curious effect, under the lights, of turning the models into human mirror balls. There were high-throated, skin-tight dresses that refracted and reflected so comprehensively, that to wear them would be to risk being mistaken for a hologram in a Hollywood movie.”  While browsing the photos from the show I couldn’t help but be reminded of Arcade Fire’s newly released music video for “REFLEKTOR” which will be front-row-centre on their brand new album of the same name which is set for release in October. 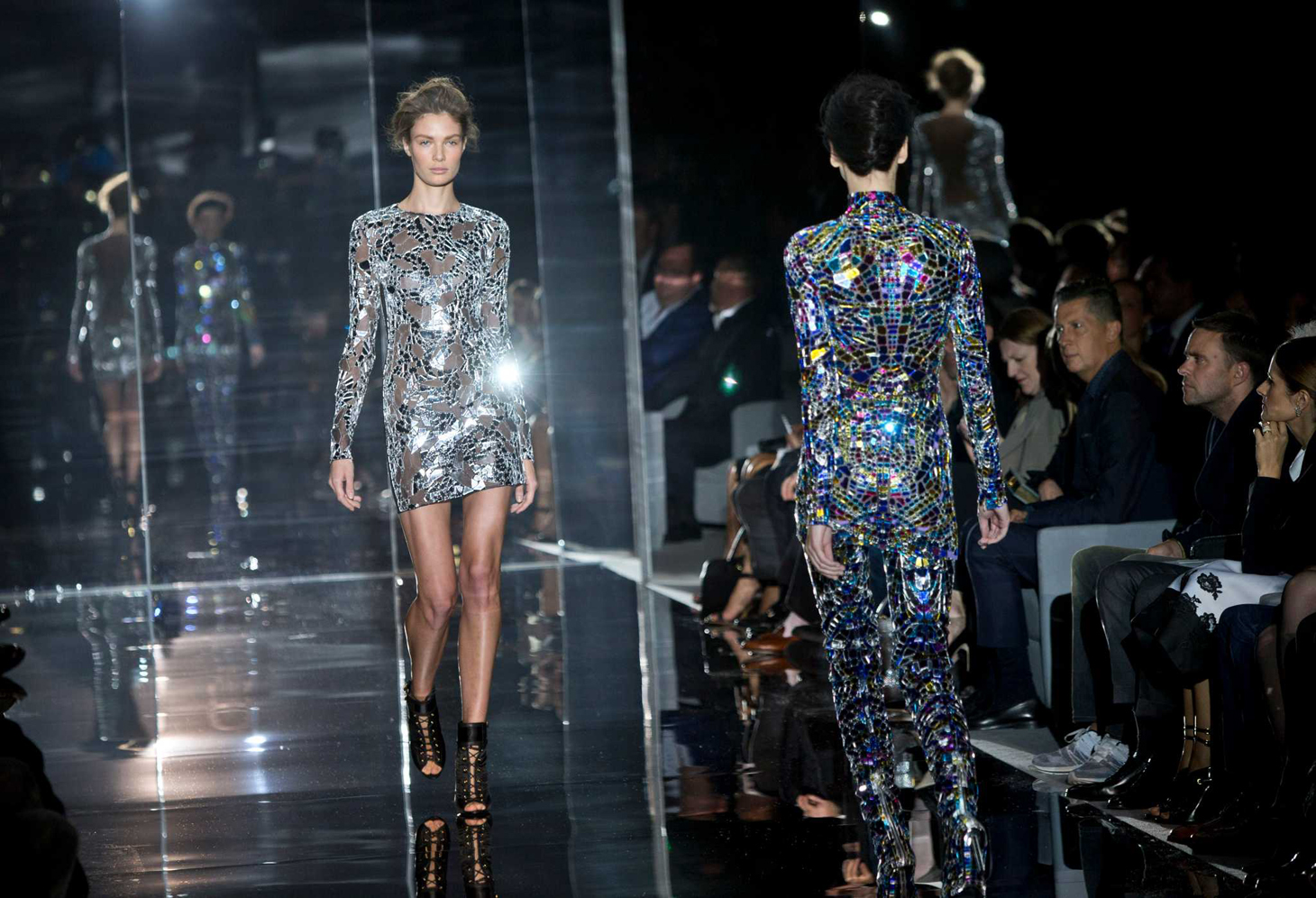 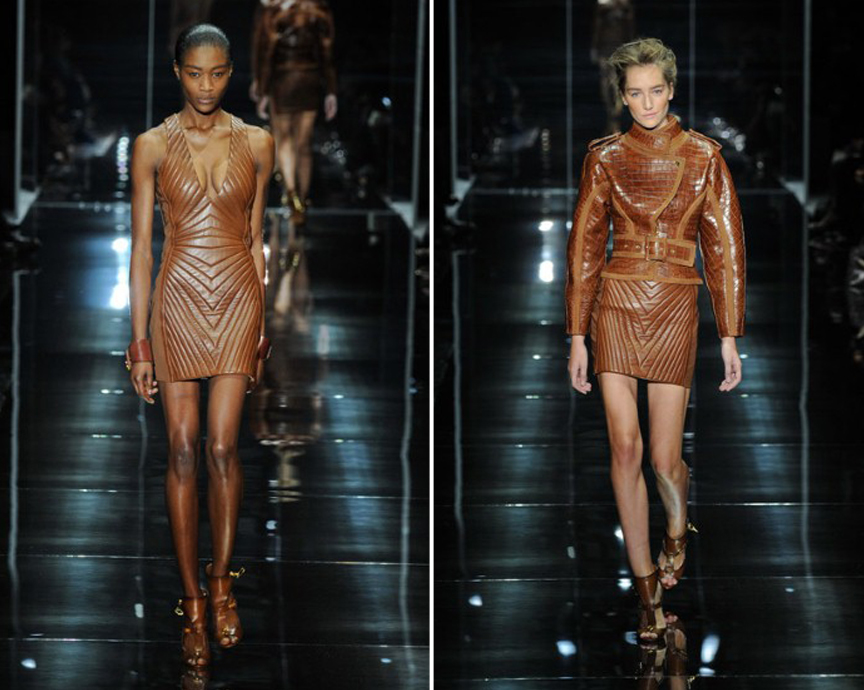 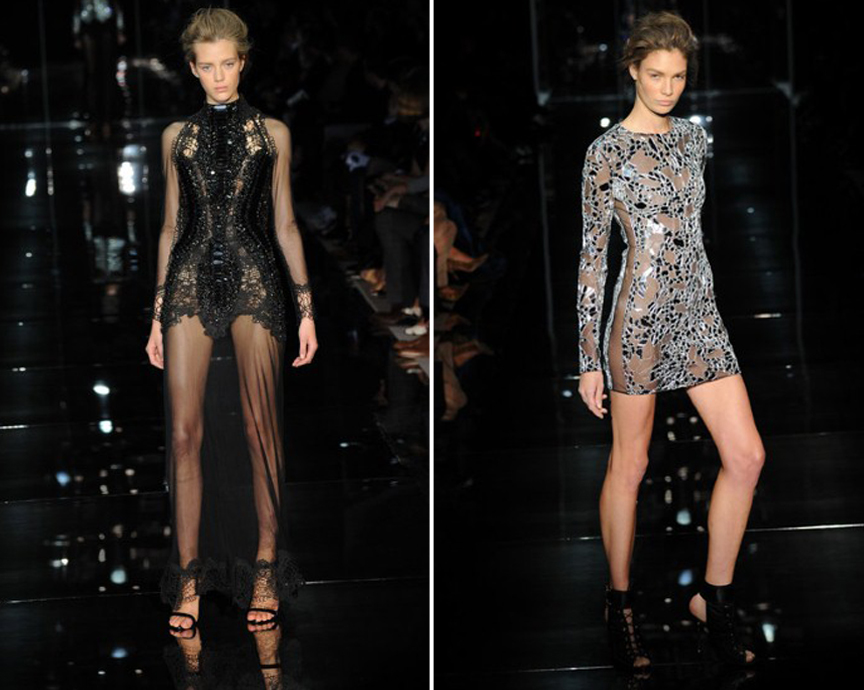 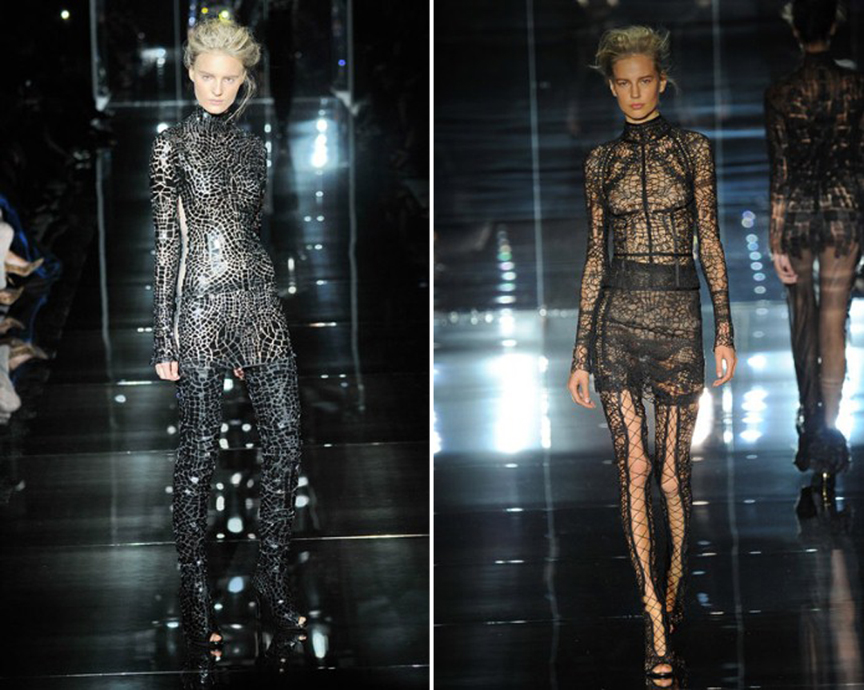 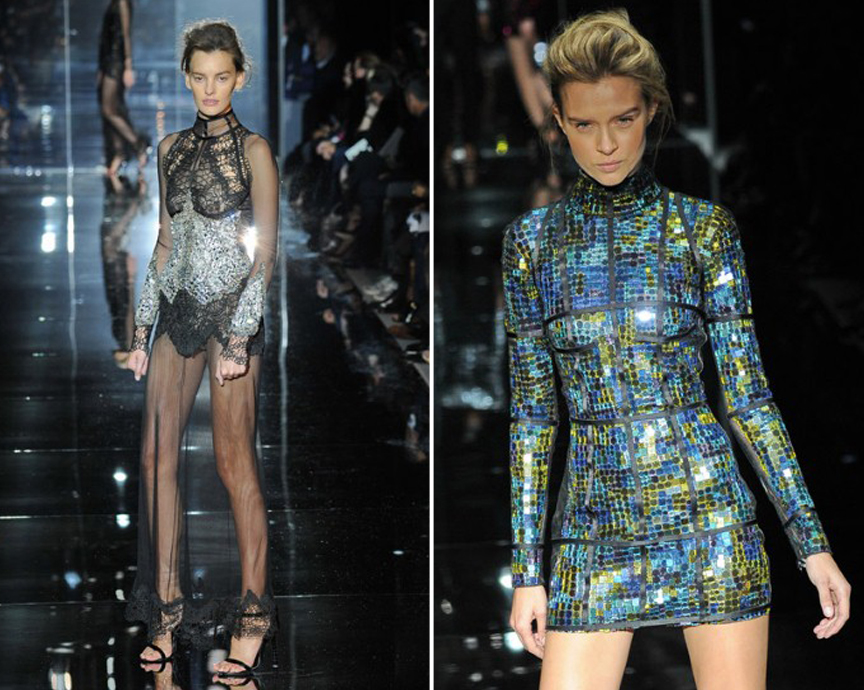 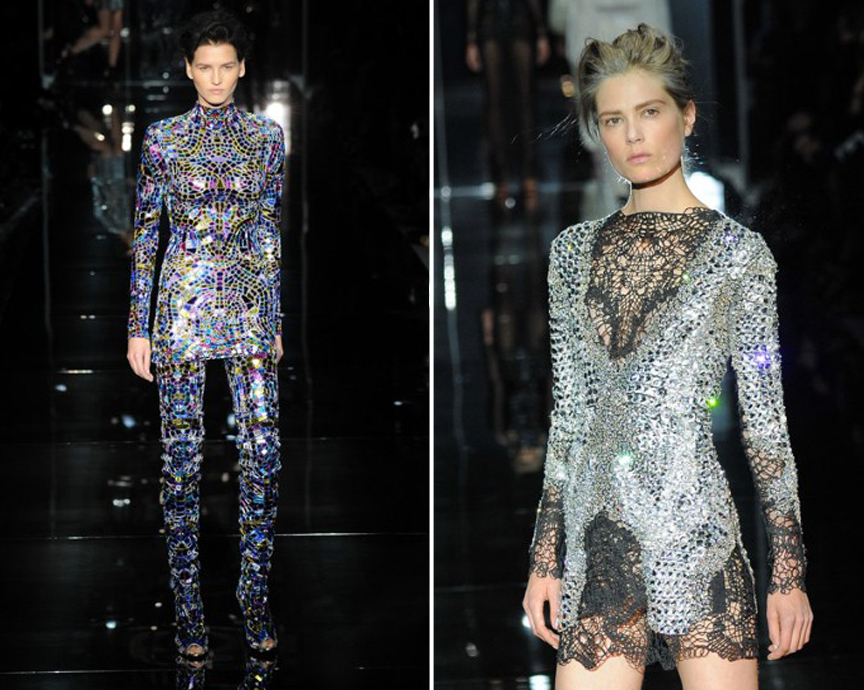