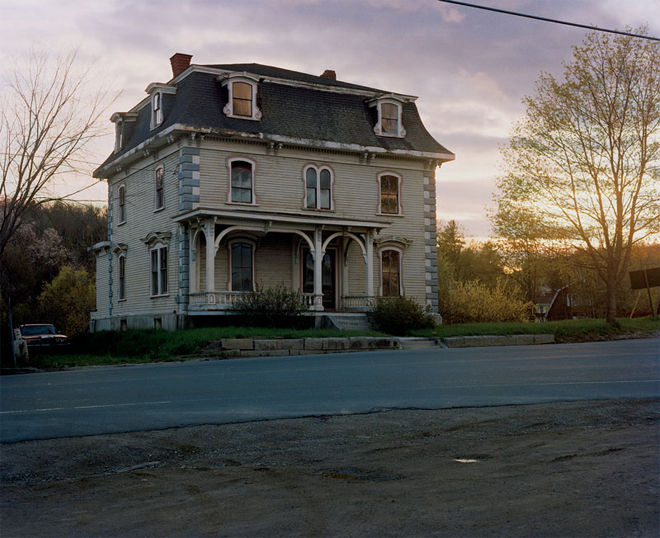 The Paris Review is celebrating its 60th anniversary this year.  TIME magazine has called it “the biggest little magazine in history.”  Among the literary careers fostered by the iconic magazine are: Jack Kerouac, Philip Roth, David Foster Wallace, and many more.  George Plimpton (1927-2003) was the very first editor of The Paris Review, a powerful figure in not only the literary world, but the social life of New York City as well.  His life story is a fascinating one, and in a recent roundtable conversation, Charlie Rose gathered the current editor, as well as a few other figures whose names are synonymous with the famed magazine, to discuss the magazine’s continued prominence.  You can watch it in full below.

A constant source of inspiration, The Paris Review‘s unique blend of literature, popular culture, art, and wit, have made it one of the most cherished and honored publications in the world.  In a recent feature, the magazine profiled the work of photographer Corinne May Botz and her series of images exploring the mystery and backstories to a number of haunted houses across America.  Botz writes: “‘Haunted Houses’ is a long-term project in which I photographed and collected oral ghosts stories in over eighty haunted sites throughout the United States.  The series was inspired by turn of the century spirit photographs and Victorian ghost stories written by women as a means of articulating domestic discontents.”  Botz says the series is her way of continuing the tradition of female sensitivity to the realm of the supernatural.

Throughout the years Botz has been gathering personal testimonials from people who have had brushes with ghosts inside their homes.  One of the people Botz met is Cheryl, a woman who lived in a haunted house with her family from the 1950s through to the 1970s.  In an interview with Botz, Cheryl recalls: “My sister and I always heard our names called.  My father always said it was the wind, but the wind don’t say your name.  I didn’t like going up on the third floor, that’s where I saw a man sittin’ in an easy chair.  Sometimes it sounded like people were walking around the house and running down the halls. When we first moved there the floor in the back room was all cluttered with love letters.  Maybe that guy died there or somethin’.  That place made me feel so weird.  My mother died in the house the day we were moving out; I feel like a part of her is still there.”

You can read more about the series (including a full gallery of her photos along with a series of 8 oral ghost stories from the people whose homes she has visited through the years) by visiting CorinneBotz.com.  Corinne Botz is a Brooklyn-based photographer, and a solo exhibition of her photos is now on exhibit at the RedLine Gallery in Denver.  Botz will also be unveiling the entire Haunted Houses series in a group exhibition this fall at the Museum Morsbroich in Germany. 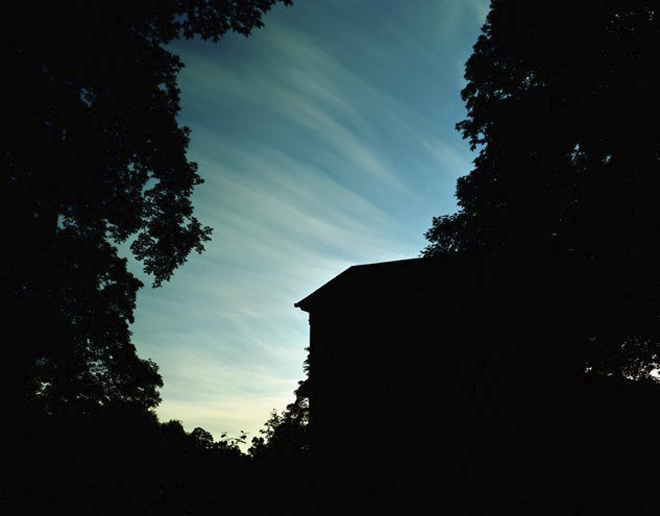 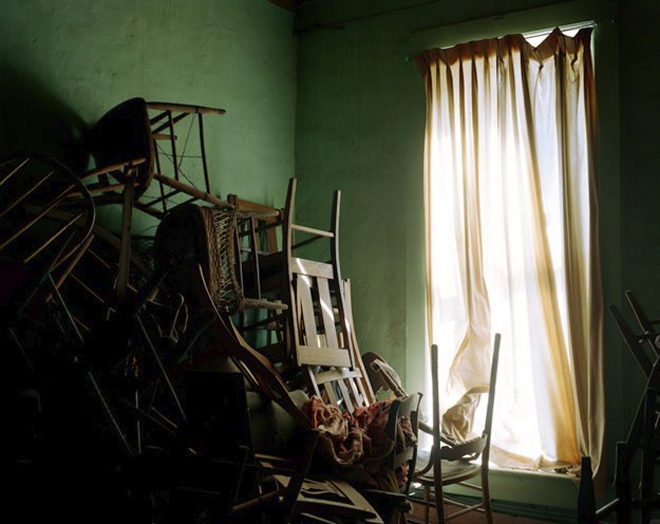 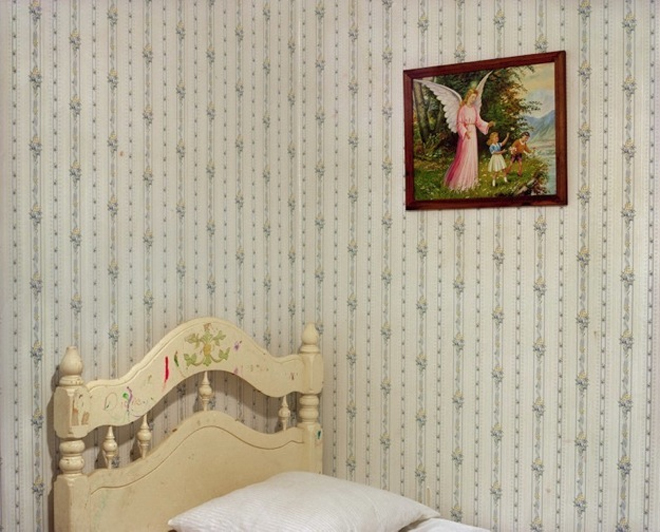 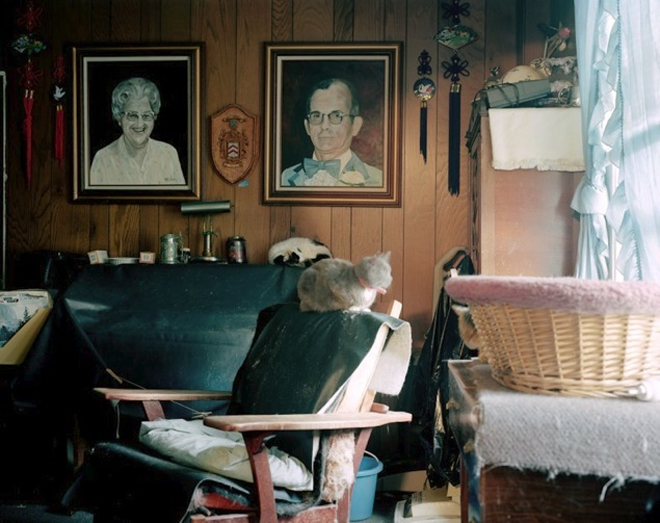 Previous post:
New Amy Winehouse Recordings Discovered, With One Or Two Brand New Albums In The Works Next Post:
What Would Happen To An Average Family’s Credit Card Bill If They Spent Like The U.S. Government