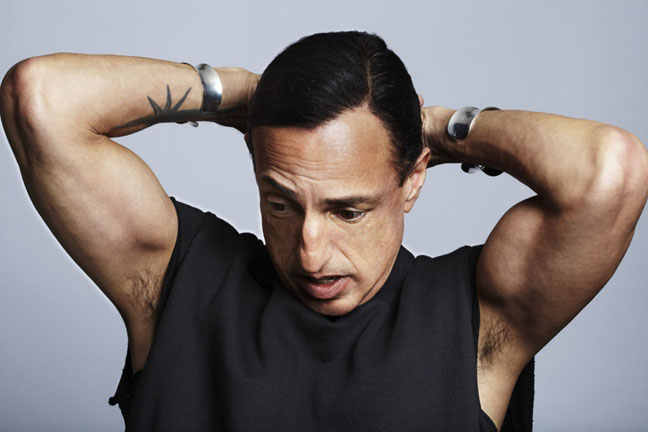 Rick Owens (born 1961) is the renowned American fashion designer who has recently expanded the scope of his work to include furniture design.  To achieve the final product, Owens collaborates with his French wife, Michele Lamy, whom he first met more than 20 years ago when he worked as a pattern maker in the design company she owned and ran in Los Angeles.

In a 2008 New Yorker feature profile, Owens described his wife Lamy as “a mesmerising sphinx.  I’m so fascinated by someone who acts completely on instinct and feelings, where I’m so pragmatic and sensible and kind of, compared to her, boring and conservative.”  Fans of Owens’ work might be shocked to learn the cutting edge designer considers himself to be “boring”, but in Owens’ mind, perhaps this indicates a deeper, internalized artistic voice that is constantly reaching towards something bolder and beyond his reach.

“Anyone who found their way through the unmarked door in a Hollywood parking lot that led to Les Deux Cafés between 1996 and 2003 felt Lamy’s invisible hand directing events,” Interview Magazine writes of Michele Lamy.  “It was in the ‘30s clapboard Craftsman house she moved to the site, and in the eucalyptus trees she planted herself to gird the Provençal-style brick garden.  You could feel it as she strolled the patio in Owens’ early designs (droopy, gothic pieces reminiscent of Lamy wear), or when she sang, ‘I thought it was Tangier I wanted’ in her Benson & Hedges-marbled voice in Les Deux’s jazzy back bar.  You knew it was there when you crossed that threshold to find, say, Madonna accidentally doused in hot candle wax at her own birthday party.”

Owens and Lamy moved to Paris when they married in 2003, into a 5-storey mansion in the city’s exclusive 7th Arrondissement area where they now live and work.  In an interview with AnOther Magazine, Owens reveals: “It was kind of like, wow, I never expected this to happen, but here we are, this demands something special.”  The home and the Parisian surroundings inspired Owens to expand his work from fashion to art and industrial design, resulting in Owens’ custom series of life-size waxworks (designed by Owens and built by the house of Madame Tussauds) and furniture design.  The works are exhibited and sold on a commission-only basis, and fill the couple’s living space as well.  While Owen is busy creating the designs, Lamy acts a general contractor and construction supervisor, responsible for overseeing the execution of the works and serving as a liaison between the numerous artisans and specialists involved.

“It’s kind of like asking a fascist and a gypsy to organise a war together,” Owens tells AnOther Magazine.  “She’s just so generous and so flexible with deadlines and I’m not.  She likes the complexity and eccentricity of working with artisans and I don’t always have the patience for that.  The furniture is customised, esoteric, involves rare materials.  She loves that.”  In the following video portrait of Owens and Lamy, directed by photographer Danielle Levitt, we get a wonderful sense of the pair’s relationship and their individual styles.  “I like classicism.  I like historic reference.  I like if there is something new with something almost ancient,” Owens says in the video.  Fittingly, Owens love of older objects of beauty may be one reason he fell in love with Lamy who is several years his senior.

Michele Lamy is a former defense attorney, clothing designer, cabaret performer, film producer, and restaurateur.  To read a 2009 W Magazine interview with Lamy, visit WMagazine.com.  For more from the world of Rick Owens be sure to visit RickOwens.eu, and to learn more about the 2008 opening of his very first New York boutique you can watch his interview with Style.com. 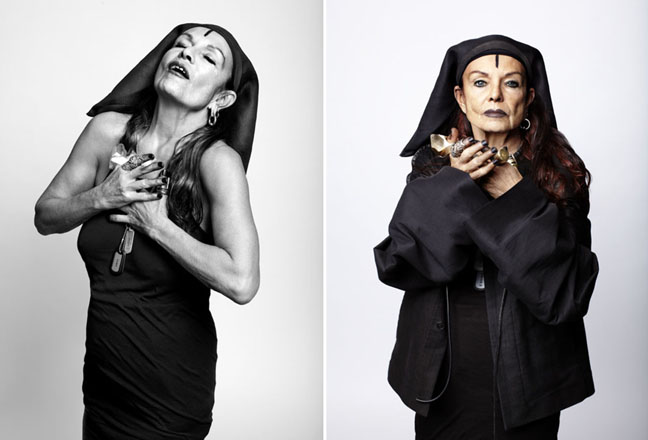 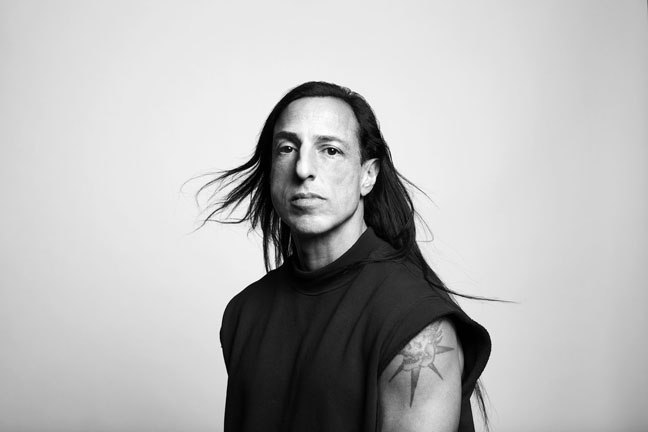 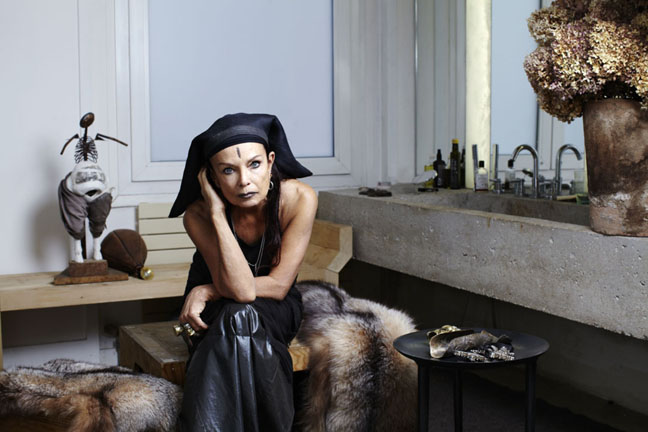