Banner Photo #129: How MONSANTO’s GMO Food Is Killing You, Your Kids & The Earth From The Inside Out

There are many threats to our civilization at the moment, but few are as potentially devastating as the multinational agricultural biotechnology corporation MONSANTO.  Headquartered in Creve Coeur, Missouri, MONSANTO is the leading producer of genetically modified organisms (GMO), genetically engineered (GE) seed, and of the herbicide glyphosate, which it markets under the Roundup brand.  Founded in 1901 by John Francis Queeny, by the 1940s it was a major producer of plastics, including polystyrene and synthetic fibers.  The company also formerly manufactured controversial products such as the insecticide DDT, PCBs, Agent Orange, and recombinant bovine somatotropin.  MONSANTO was among the first to genetically modify a plant cell, along with three academic teams, which was announced in 1983, and was among the first to conduct field trials of genetically modified crops, which it did in 1987.

Since mastering the genetic mutation of seeds and crops, there’s nothing they are leaving untouched: the mustard, the okra, the bringe oil, the rice, the cauliflower, and much more.  Once they have established the norm, that seed can be owned as their property and royalties can be collected.  We will depend on them for every seed we grow of every crop we grow.  If they control seed, they control food; and if they control the food they control the population of the world.  The story starts in the White House, where MONSANTO often got its way by exerting disproportionate influence over policymakers via the “revolving door”.  One example is Michael Taylor, who worked for MONSANTO as an attorney before being appointed as deputy commissioner of the US Food and Drug Administration (FDA) in 1991.  While at the FDA, the authority that deals with all US food approvals, Taylor made crucial decisions that led to the approval of GE foods and crops.  Then he returned to MONSANTO, becoming the company’s vice president for public policy.

Thanks to these intimate links between MONSANTO and government agencies, the US adopted GE foods and crops without proper testing, without consumer labeling and in spite of serious questions hanging over their safety.  Not coincidentally, MONSANTO supplies 90% of the GE seeds used by the US market.  MONSANTO’s long arm stretched so far that, in the early 1990s, the US Food and Drugs Agency even ignored warnings of their own scientists, who were cautioning that GE crops could cause negative health effects.  Other tactics the company uses to stifle concerns about their products include misleading advertising, bribery and concealing scientific evidence.

One of the best known films which chronicles the devastating damage this company is leaving in its wake is the 2008 film The World According To MONSANTO.  The documentary reports many controversies surrounding the use and promotion of genetically modified seeds, PCBs, Agent Orange, and bovine growth hormone.  Cases in the United States (including Anniston, Alabama), Canada, India, Mexico, Paraguay, the United Kingdom (Scotland) and France, are explored, claiming that the corporation’s collusion with governments, pressure tactics, suppression and manipulation of scientific data, and extra-legal practices aided the company’s attempts at dominating global agriculture.  Scientists, representatives of the United States Food and Drug Administration and the United States Environmental Protection Agency, civil society representatives, victims of the company’s activities, lawyers, and politicians are interviewed.

There are so many dangers associated with MONSANTO’s GE foods that it would be impossible to mention them all in one post, however, cancer and death are two words that appear most often in this report published by the Institute For Responsible Technology.  On Tuesday March 26th President Obama signed the “Monsanto Protection Act” which effectively bars federal courts from being able to halt the sale or planting of controversial genetically modified (GMO) or genetically engineered (GE) seeds, no matter what health issues may arise concerning GMOs in the future.

As the threat of MONSANTO to our health and to the future of our planet comes into a renewed light and sense of urgency, a worldwide protest has been organized for Saturday May 25th.  Protests are taking place around the world and you can find out where the nearest March Against MONSANTO protest is taking place closest to you by CLICKING HERE.  For more information be sure to visit March-Against-Monsanto.com, and follow them on Facebook.  Pass the word to your friends and family about the March Against MONSANTO protest on Saturday, and be sure to watch the documentary The World According To MONSANTO in full below. 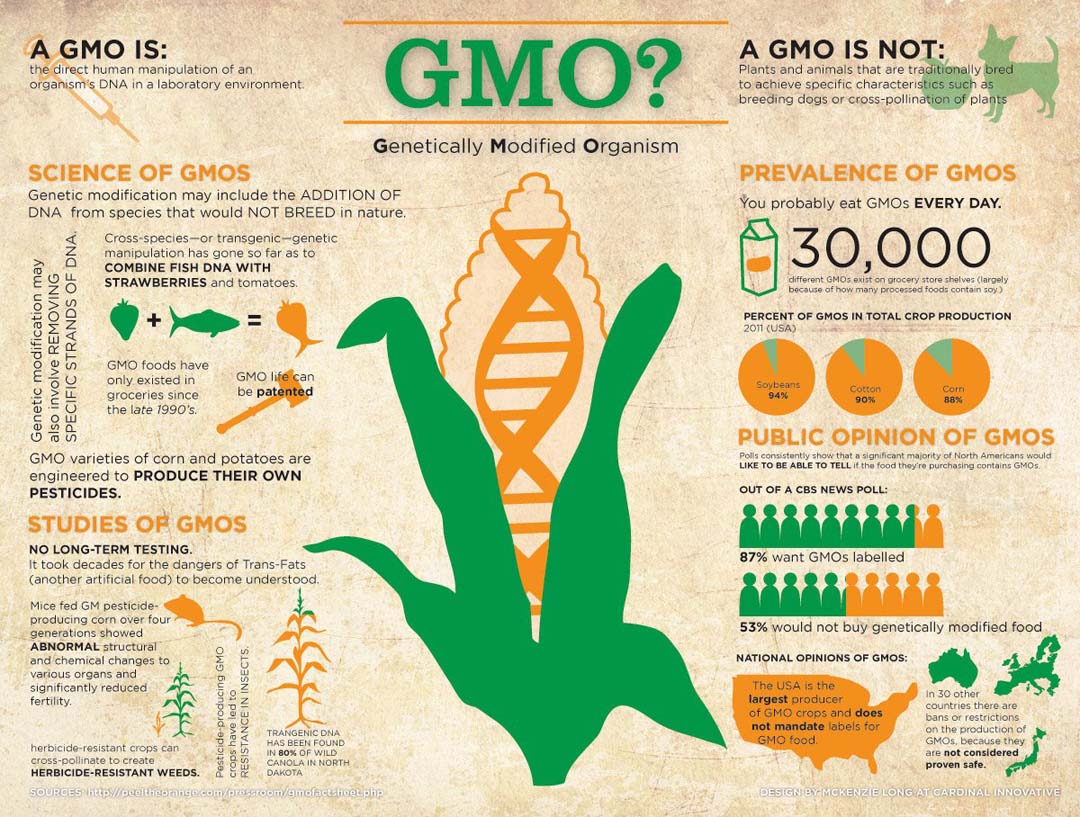