If you have not yet discovered the amazingness that is RADIOLAB then you’re in store for a remarkable adventure.  RADIOLAB is the groundbreaking radio show hosted by Jad Abumrad and Robert Krulwich, which made its official premiere in 2005.

Each hour-long episode of RADIOLAB focuses on a topic of a scientific and philosophical nature, through stories, interviews, and thought experiments, and combined with the Abumrad’s critically acclaimed sound design, the show is able to explore some of the biggest and most complex questions in existence while never losing the attention of the audience.  It is the show’s exceptional ability to break down and explain these profoundly huge and complicated topics that has earned RADIOLAB the admiration and respect of fans and critics worldwide. RADIOLAB has also won several awards, including the 2010 George Foster Peabody Award for broadcast excellence, the 2007 National Academies Communication Award, and in 2011, Abumrad received an honorary grant from the prestigious MacArthur Fellows Program.

RADIOLAB recently entered its 11th season, and as of January 2013 a total of 58 episodes have been produced.  Abumrad and Krulwich recently sat down with Charlie Rose for a conversation about the success of the show, the creative process that goes into each episode, and a revealing set of personal stories and anecdotes that give an extraordinary insight into how one of the world’s greatest radio shows continues to evolve.  For all things RADIOLAB be sure to enter the mother ship at RADIOLAB.org, listen to the podcasts via RADIOLAB and iTunes, and follow the show on Facebook and Twitter.

YOU CAN WATCH CHARLIE ROSE’S CONVERSATION WITH THE HOSTS OF “RADIOLAB” BY FAST FORWARDING TO THE 29:15 MARK IN THE VIDEO PLAYER BELOW. 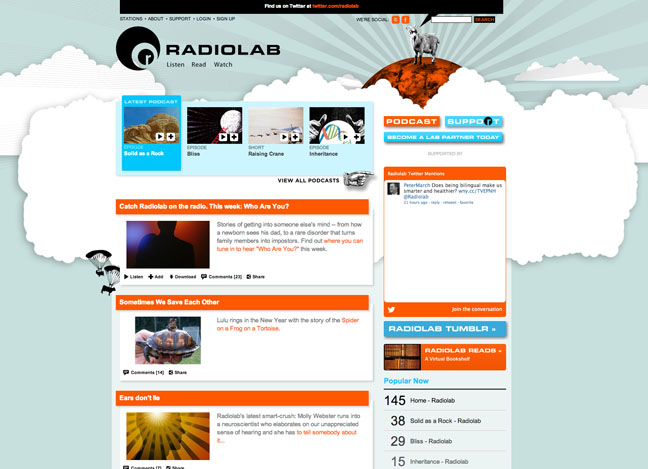 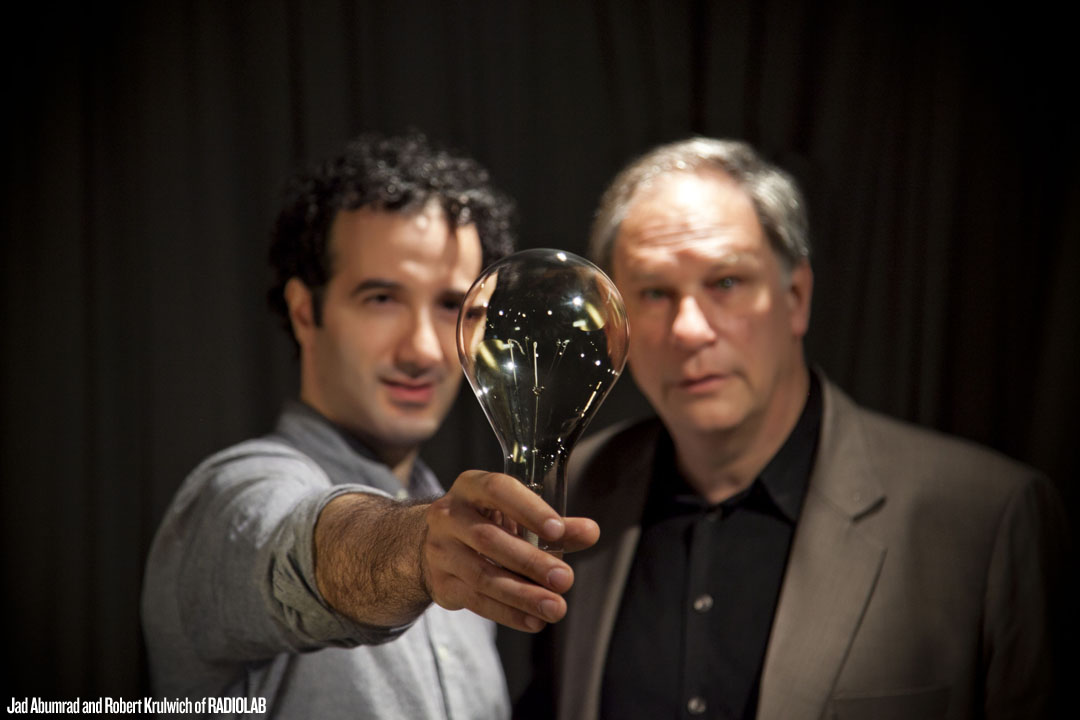 Previous post:
From Reich To Swirl To Spears: HOW TO DRESS WELL Crafts A Stunning One-Hour Mix For SSENSE Next Post:
New Science Reveals People Who Get Angry Live Two Years Longer Than Those Who Hold It In