FEELguide and FOCUS Features are once again teaming up for a terrific prize package giveaway, this time centred on the brand new film Promised Land directed by Gus Van Sant (MILK, Good Will Hunting) and written by and starring Matt Damon (The Bourne Identity) and John Krasinski (Away We Go, The Office).

The following is the synopsis and description: “‘Promised Land’ is the new contemporary drama directed by Gus Van Sant.  Matt Damon plays Steve Butler, an ace corporate salesman who is sent along with his partner, Sue Thomason (Frances McDormand), to close a key rural town in his company’s expansion plans.  With the town having been hit hard by the economic decline of recent years, the two outsiders see the local citizens as likely to accept their company’s offer, for drilling rights to their properties, as much-needed relief.  What seems like an easy job for the duo becomes complicated by the objection of a respected schoolteacher (Hal Holbrook) with support from a grassroots campaign led by another man (John Krasinski), as well as the interest of a local woman (Rosemarie DeWitt).  ‘Promised Land’ explores America at the crossroads where big business and the strength of small-town community converge.”  The film opens soon on January 4, 2013, and two lucky winners will receive both a Blu-Ray copy of Good Will Hunting, along with FOCUS Features’ 10th Anniversary commemorative soundtrack entitled FOCUS Features’ 10th Anniversary Collection of Film Score.  The tracklist for the album is as follows:

1. “The Wings” (from Brokeback Mountain) by Gustavo Santaolalla
2. Theme (from Eternal Sunshine of the Spotless Mind) by Jon Brion
3. “Roadblock I” (from The Constant Gardener) by Alberto Iglesias
4. Briony (from Atonement) by Dario Marianelli
5. Wong Chia Chi’s Theme (from Lust, Caution) by Alexandre Desplat
6. “Eastern Promises” (from Eastern Promises) by Howard Shore
7. “Ted and Marion” (from The Door in the Floor) by Marcelo Zarvos
8. “The Kiss” (from Milk) by Danny Elfman
9. “La Marche des Bébés” (from Babies) by Bruno Coulais
10. “Delysia LaFosse” (from Miss Pettigrew Lives for a Day) by Paul Englishby
11. “Autumn in Connecticut” (from Far From Heaven) by Elmer Bernstein
12. “Emily’s Theme” (from Brick) by Nathan Johnson
13. “George Smiley” (from Tinker Tailor Soldier Spy) by Alberto Iglesias
14. “Yes!” (from Jane Eyre) by Dario Marianelli
15. “Exploration” (from Coraline) by Bruno Coulais
16. “Ride Into the Storm” (from Sin Nombre) by Marcelo Zarvos
17. “The Sun Also Rises” (from The Kid Stays in the Picture) by Jeff Danna
18. “Container Park” (from Hanna) by The Chemical Brothers

To win one of the two prize packages, simply email me the answer to the following question: “In what 2002 film did Gus Van Sant direct Matt Damon (HINT: The title begins with the letter ‘G’)”.  You can email me your answer to: FEELguide@gmail.com.  The deadline for the FEELguide & FOCUS Features Promised Land Giveaway is midnight Eastern Standard Time on Saturday January 5th, 2013.  All contestants’ names with the winning answer will be put in a lottery and two winners will be selected randomly.

To visit the world of Promised Land you can check out the film’s website by CLICKING HERE, and be sure to follow Promised Land on Facebook and YouTube.  You can also track and tweet the film on Twitter by using the hashtag #PromisedLand.  For a terrific discussion of the film and its origins you can also watch Charlie Rose’s interview with the film’s writers and actors Matt Damon and John Krasinski, and director Gus Van Sant in the red link below.

YOU CAN WATCH CHARLIE ROSE’S CONVERSATION WITH MATT DAMON, JOHN KRASINSKI, AND GUS VAN SANT OF “PROMISED LAND” BY CLICKING HERE (AND CLICK ON MATT’S IMAGE TO START THE VIDEO PLAYER). 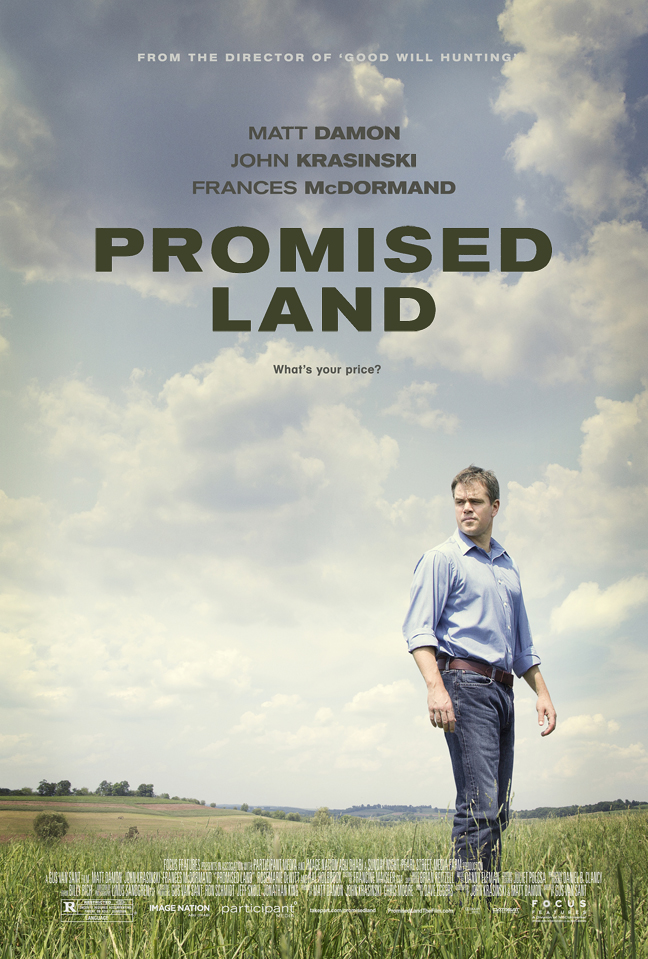 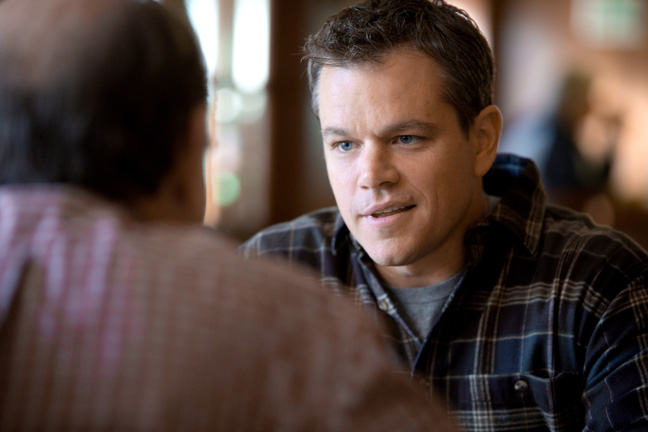 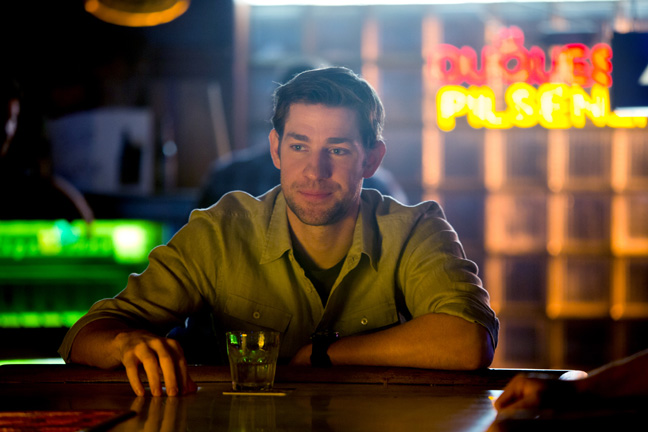