Surprisingly enough, Andre “Dr. Dre” Young took the top spot on Forbes‘ annual list of hip hop moguls, raking in a whopping $110 million in pre-tax earnings last year.  But how did he pull this off when his latest album Detox (which has been in-the-making since 2001) hasn’t even been released yet?  It’s all thanks to a 2008 business partnership between himself, Interscope Records chief Jimmy Iovine, and a handful of other parters.  Together they formed Beats By Dr. Dre, the company which now sells more than half of America’s premium headphones (more than $100 per pair).  If you didn’t recognize them before, you certainly will now (they’re the headphones with the signature “b” logo on the sides and the glossy outer apparatus with semi-detached earphone pads).  The $110 million haul for Dr. Dre came when handset maker HTC paid $300 million for a 51% stake in the company last year.  Rounding out the top five on Forbes’ hip hop top earners’ list were Sean “Diddy” Combs ($45 million); Sean “Jay-Z” Carter ($38 million); Kanye West ($35 million); and Dwayne “Lil Wayne” Carter ($27 million). 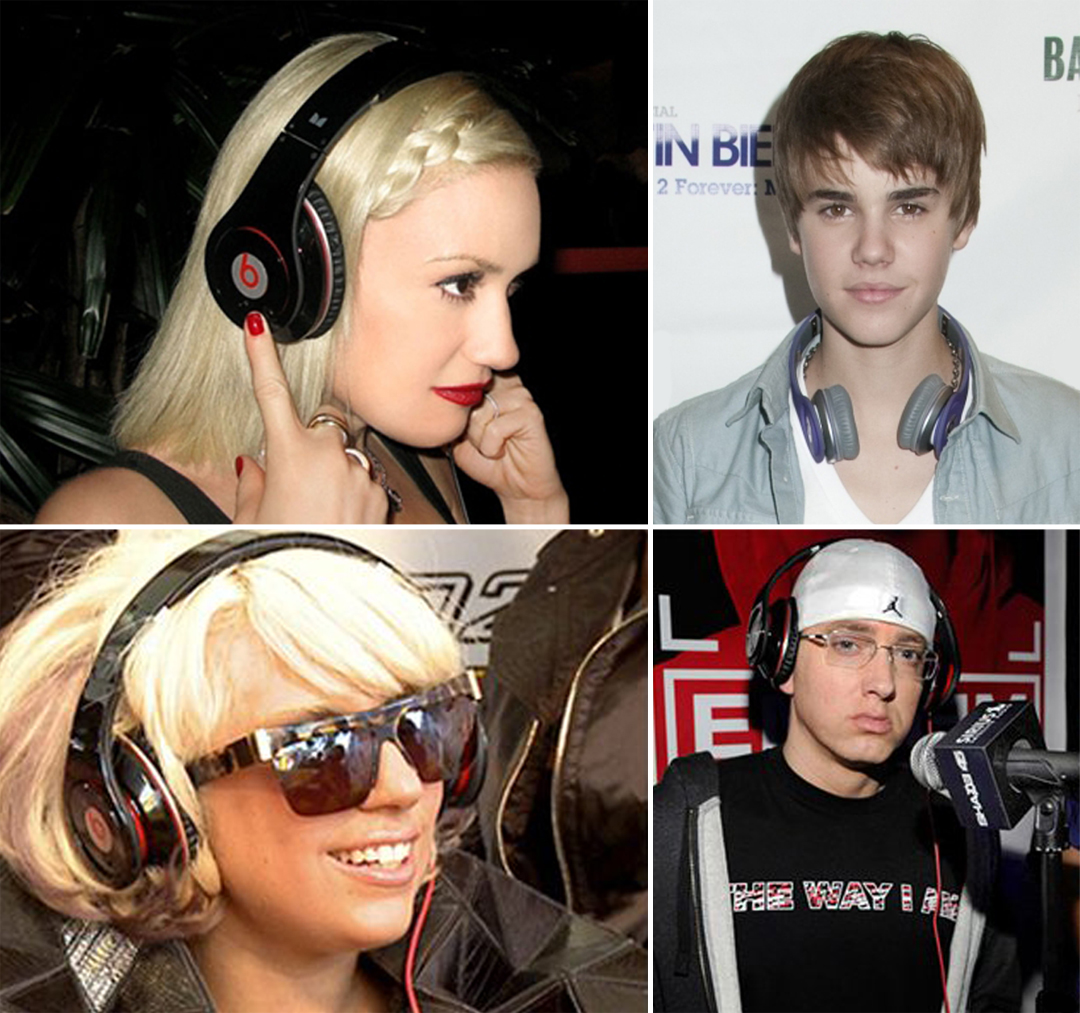