The film adaptation of Yann Martel’s critically-acclaimed 2001 adventure novel Life Of Pi has been in the works forever now, and with each passing year, many in the industry began to give up hope that this story would ever hit the screen.  The incredible narrative of the book about a boy stranded on a boat with a Bengal tiger was simply too difficult to translate into a cinematic language, and out of respect for Martel’s extraordinary work, no one in Hollywood wanted to birth this movie without giving it nothing less than the full respect it deserved.  More than ten years later, not only is that day almost here, but it’s becoming increasingly clear that Ang Lee has achieved the impossible — a stunning cinematic interpretation of Life Of Pi that those fortunate enough to have seen an early preview are already calling the most mindblowing film of 2012.  The footage was shown at this year’s CinemaCon in Las Vegas earlier in April, and was met with unprecedented reaction:

“To put it bluntly, ‘Life Of Pi’ blew the roof off. Put that footage as a trailer in front of ‘The Avengers’ and every single person would want to see this film.”
-Pete Hammond, Deadline

“Ok, so Ang Lee’s ‘Life of Pi’ will be getting a best picture Oscar nomination. The footage screened at #CinemaCon could claim one for short!”
-Anthony Breznican, Entertainment Weekly

“‘Life Of Pi’ footage absolutely wrecked me. I cried. Choking up thinking about it. This doesn’t happen to me. The master at work.”
-Moises Chiullan, AICN

“Floored, just floored by ‘Life of Pi’.  Wonder if lack of sleep is resulting in collapse of snarky genes.”
-Brent Lang, The Wrap

Earlier this morning the very first trailer for Life Of Pi was released, and it’s pretty much amazing.  You can look forward to entering this magical candy floss-hued world when the film hits theatres on November 21, 2012.  For more info be sure to visit LifeOfPiMovie.com, and follow the film on Facebook and Twitter. 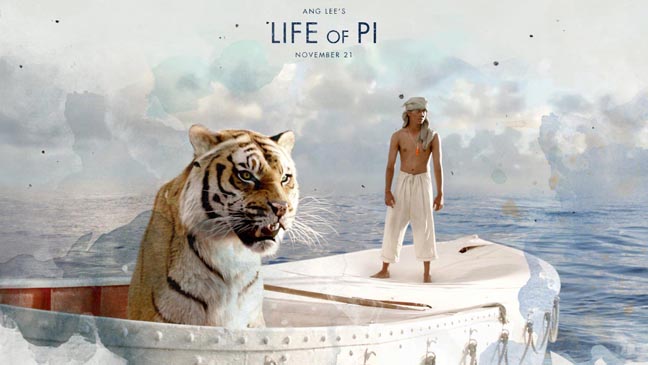 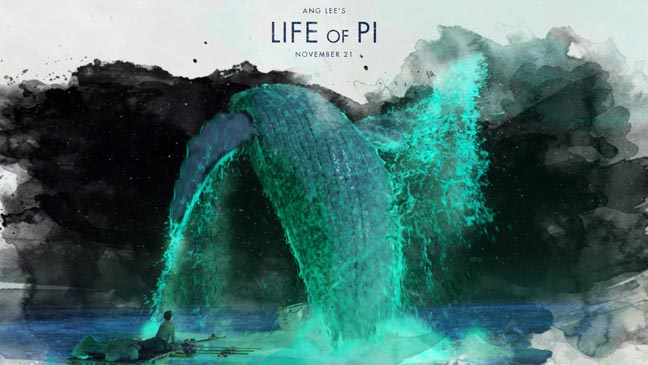 Previous post:
David Beckham’s Surprise Photo Booth Visits For Adidas Spark Tears, Screams, & Boners In Fans Next Post:
If Everyone Was Like The Guy In JJ’s Video For “Times” There Would Be World Peace