Is College The Next Industry That Internet-Enabled Technology And Innovation Is About To Transform?

There is so much about our education system that is in desperate need of transformation, and to paraphrase George Orwell: “The hardest thing to see is that which lies right beneath your nose.”  Many local and federal governments around the world are still thinking inside the box, and are determined to solve the problem with the most benign and conventional tools, but the real answer to transforming our education system lies in the Internet.  In a brand new feature published in The Atlantic, Tyler Cowen explains how the web is not only going to rebuild our schools, he offers that the net is about to completely transform one facet in particular — college and university.  He goes one step further with his prediction that college as we know it is about to follow the very same path as the music industry has.  And it’s all for the better.  “If George Mason economist and Marginal Revolution blogger Tyler Cowen is right, higher education is about to go the way of the record company. Speaking at the Aspen Ideas Festival, he offered up college as the next in a long line of industries that Internet-enabled innovation is going to scramble.  ‘Look at the music industry. It’s been completely overturned by the Internet. My vision of the world is that everywhere will be like the music industry, but we’ve only seen it in a few places so far. Journalism is in the midst of the battle. And higher education is probably next.'”  You can read the entire feature by visiting TheAtlantic.com.  And for a brilliant example of how the Internet is already revolutionizing elementary schools across America, be sure to check out 60 Minutes’ profile of The Khan Academy below.  Pure amazingness. 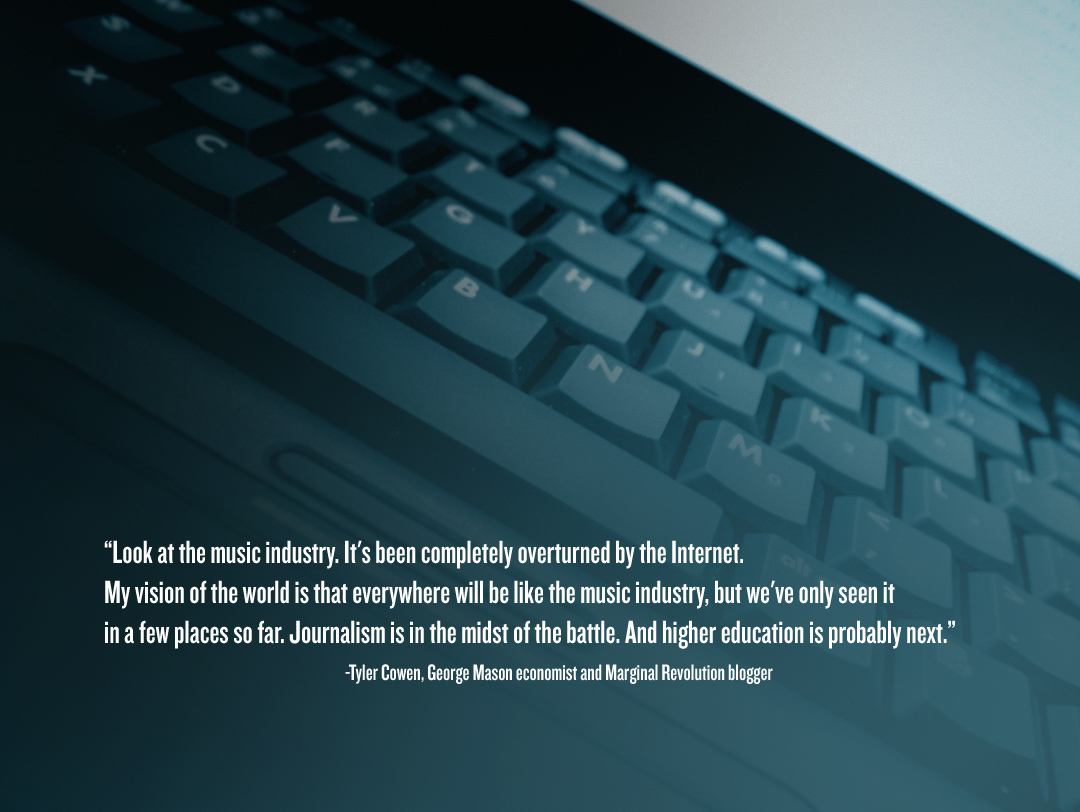 Previous post:
The Neurochemistry & Adaptive Value Of Heartbreak, And Why It’s Possible To Die Of A Broken Heart Next Post:
LINKguide (July 4, 2012)