One glance at some of these aerial shots and you would naturally assume you’re looking at the wild netherlands of Africa.  But you would be wrong.  These giraffes, African beasts, and exotic creatures are in fact roaming the sun-drenched plains of Texas.  This past Sunday, 60 Minutes rebroadcasted an eye-opening story on how the state is turning into an exotic wildlife haven for these African creatures — some of which would be extinct had it not been for the efforts of the Texan breeders.  The majority of these animals are being bred for expensive hunting trips, but before you assume this is unfortunate, think again.  Some of these hunters pay tens of thousands of dollars for one single head, and with restrictions of no more than 10% of a herd being available for hunting, its this money that is allowing these populations of rare animals to multiply so well.  Recently, a fringe animal rights group won a court ruling which now makes it illegal to hunt these animals, and now some of the country’s leading animal rights groups are terrified that this new ruling will destroy the incredible population numbers that Texas is now witnessing thanks to the exotic hunting industry that has been carefully built over the past few decades.  I’m with the hunters on this one.  To learn how you can help save the exotic hunting industry in Texas be sure to visit The Exotic Wildlife Association and its list of partners.  The association is run by Charly Seale who is featured in the 60 Minutes report, and you can visit their main site at MYEWA.org and follow them on Facebook. 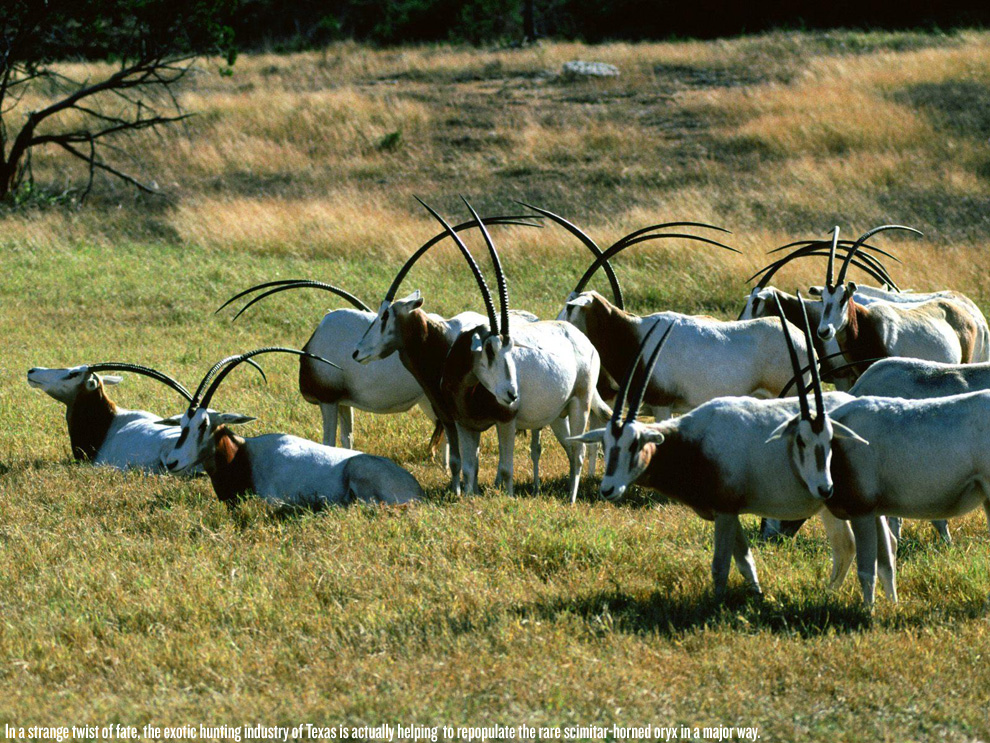 Previous post:
Definitely Not ROCKY: Toby Gale’s Video For “Showdown” Might Just Make You Laugh Out Loud Next Post:
Time To Hop On Your Crazy Horse: Neil Young Embarking On A Legendary North American Tour