The House Of AVICII: Come On In & Swallow The Life-Affirming Candy-Coated Lotus Flower “Silhouettes”

As far as electronic dance music is concerned, the cynics of the world might assume Swedish producer AVICII is just another generic house music clone cranking out generic push-button tracks on his robotic machines.  But they would be wrong.  There is something much more interesting going on between the lines of AVICII’s music when compared to the rest of the pack.  His 2011 EDM anthem “Levels” is still racing up the halls of credibility towards legendary status as one of the genre’s defining singles, and in case you are not one of the 40,000,000 people who have seen the video, you can check it out below.  The surprise lotus flower hospital dance scene near the end is pretty much the most fun you’ll have all morning if you’re stuck at work right now.  But AVICII’s latest single “Silhouettes” is also headed straight towards platinum status, and in their recent review of the song, Pitchfork gives it the holy grail certification as a Best New Track: “If ‘Silhouettes’ strikes you as more than a little cheesy, you’re not wrong. I’ve sometimes wondered at what point I’m just listening to the modern equivalent of, say, DJ Sammy’s ‘Heaven’. But AVICII is one of the few artists from his world whose singles work as well for me in headphones as they do on festival stages, and his knack for balancing pure FM pop hooks with genuinely affecting vocal tracks makes his wide-eyed positivity an easy pill to swallow.”  You can read the full review by visiting Pitchfork.  To pick up your own copies of AVICII’s “Levels” or “Silhouettes” simply head over to iTunes, as well as visit his site at AVICII.com. 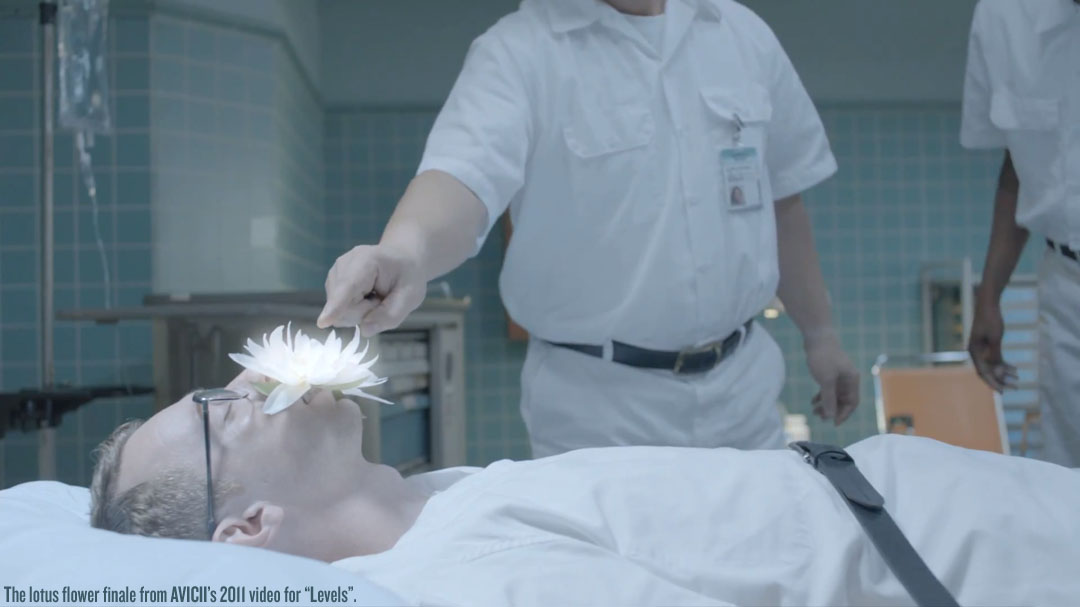