When radio and television first emerged they were each met with a wave of disturbing public reception.  During radio’s debut in the early 20th century, families would gather around the magical new box with unbridled fascination, as if the voices they were hearing were of some sort of supernatural origin.  Television garnered the same reaction when it first arrived, with families gathering around their TV sets with their TV dinners to watch their favorite TV shows, leading to a vast TV compulsion, obsession, and addiction.  In today’s world the same pattern is emerging with the latest technological innovation that has overtaken our world — Facebook.

A huge number of studies have proven that Facebook is leaving a path of depression in its wake for millions of those who use it, and others have shown that the appeal of Facebook is strongest in those with deeper psychiatric issues.  In a soon-to-be-published study, Larry Rosen, professor of psychology at California State University and author of iDisorder: Understanding Our Obsession with Technology and Overcoming Its Hold on Us, evaluated nearly one thousand Facebook users, testing them for a wide range of psychological disorders.  Rosen discovered that those who most often “like” other people’s activities on Facebook are more likely to show symptoms of mania and compulsivity.  A Utah Valley University study from earlier this year also showed that the more often one scours the profile a friend, the level of belief that this friend is leading a happier, more successful life rises significantly.  The end result is a sense of sadness that sets into the mind of the user.  One of the most in-depth studies into Facebook Depression was conducted by the American Academy of Pediatrics and published earlier this year.

Experts now believe the Facebook ‘Like’ button is a major contributing factor to unhappiness for millions of users, in the way in which it creates the effect of an online popularity contest.  Rosen says people are “liking” their friends’ updates and pictures oftentimes because they hope the favor is returned.  The Wall Street Journal sat down with Rosen and he explained how one subject told him: “When I post something I keep checking in to see how people are reacting. If I get my usual 5 to 10 comments I feel okay, but when I get 30 or more ‘likes’ I feel super-good”.  WSJ also spoke with Dean Bakopoulos, author of My American Unhappiness, who revealed that he cancelled his Facebook account because it creates a hugely distorted view of reality that is impossible for the majority of people to live up to.

There are many cases of social networking having a positive effect on people’s confidence, many times bringing this confidence and self esteem to people who very well may never have found it within themselves.  But Facebook can also activate repressed or dormant problems inside the mind of the user.  Jonathan Cook is a psychologist at New York’s Columbia University who has conducted a great deal of research into this area, and he tells WSJ, “People already prone to loneliness, depression, or compulsivity may find in Facebook a mirror that reflects and amplifies those predispositions.”

For better or worse, Facebook has captured the minds and attention of nearly one billion people around the world, identical to what happened when both radio and television entered our lives decades ago.  You can get depressed about Facebook Depression/insecurity if you allow yourself to, but in a recent interview with The New York Times, acclaimed author Margaret Atwood explains how just as radio and television obsession faded over time, so too will our obsession with Facebook, so everyone should try to calm down and realize this too shall pass (you can watch the entire interview by CLICKING HERE).  I like that. 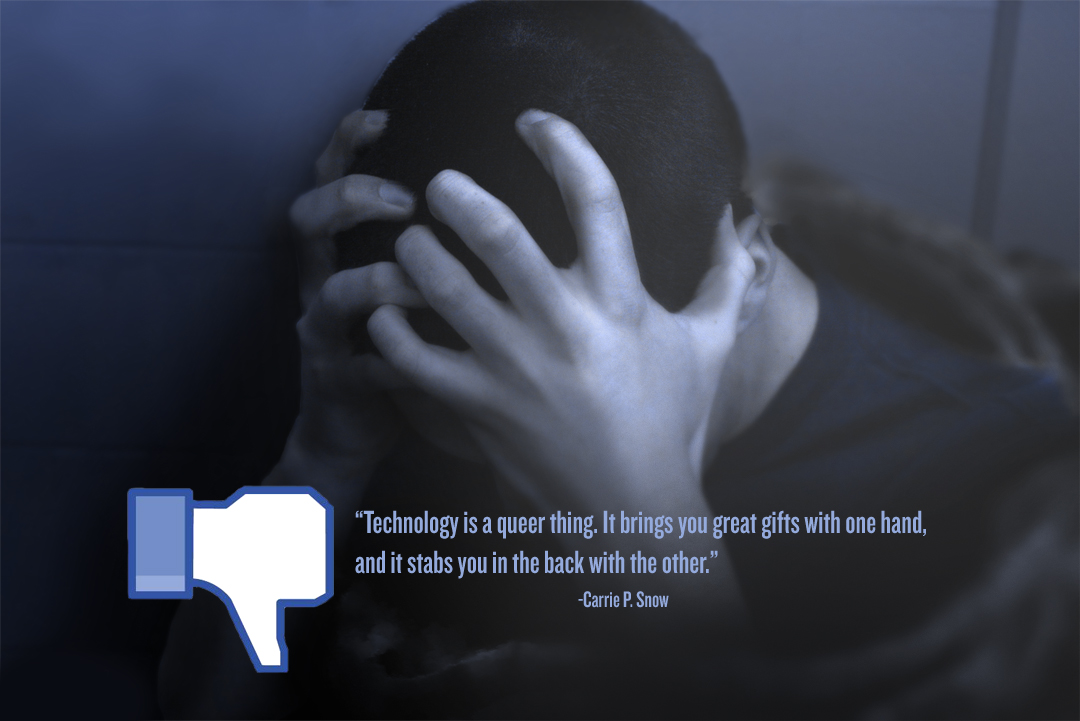