This is pretty incredible.  Using the same concept as an LED screen that uses blinking lights to roll words and images across from one side of the screen to the other, this water feature in the Osaka Station City shopping mall in Japan has taken things to a much, much higher level.  The shower heads above are linked up to a computer which prints out not only the time of the day every few minutes, but also a mesmerizing stream of graphic patterns.  Apart from the clock feature, my favorite has to be the scalloped bars that begin in the first video at the 3:37 mark.  The waterfall was created by Koei Industries, and if my hunch is right — Koei Industry is about to sell a shit load of these things around the world very soon.  Amazing work Koei! 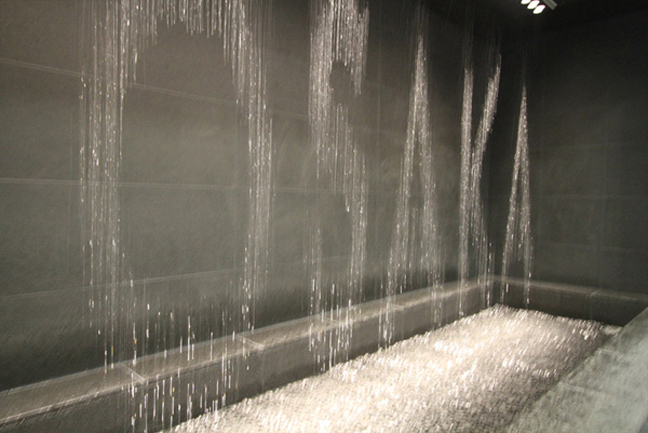 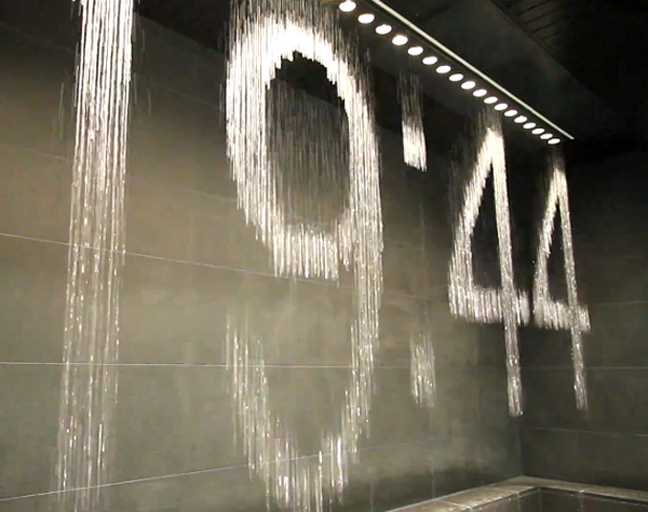 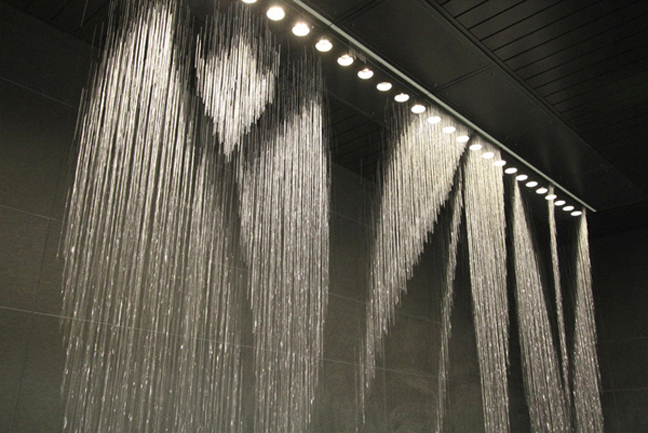 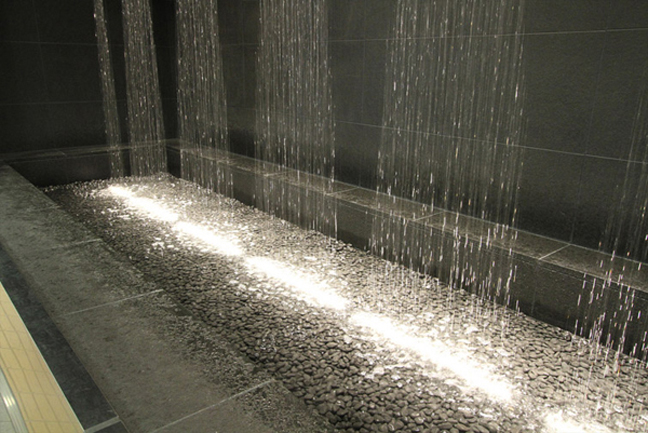