Jeffrey Bewkes has served as CEO of Time Warner (TWX) since January 1, 2008 and as President since December 2005. On January 1, 2009 he became Chairman of the Board in addition to his other duties, and over the past three years has not only transitioned the media giant through the digital age, but has also doubled the earnings of Time Warner as well.  An impressive feat to say the least, most of which was accomplished, Bewkes says in his recent interview with Charlie Rose, by “focusing” the company into what it does best.  Whether it’s Warner Brothers (which reigns as the world’s most powerful movie studio); People, TIME, or Sports Illustrated (the three most profitable magazines in the world); or HBO (the highest quality television network in America — as well as the most profitable) — Time Warner’s properties are the most successful in the industry.  In his sit-down with Rose, Bewkes talks candidly about the challenges of transitioning a media behemoth such as Time Warner into the future, as well as how the fundamental importance of storytelling influences decision-making at Time Warner.  There are many fascinating moments in the conversation, including when Charlie asks:

1) What is wrong with CNN?
2) When will paper magazines cease to exist?
3) Do you worry about Apple‘s reach and power and it’s place as the company with the biggest market capitilization in the world?
4) When will we see a huge film released on all platforms simultaneously (i.e. online, television, and theatres), and what will be the model for the movie released on the platform?

The last of these is the question that made Bewkes squirm the most, but he offers as strong of an answer as he possibly can.  If  you’re even remotely interested in what it must be like to run one of the world’s largest media corporations, then this is an interview not to missed. As of mid-2010, Time Warner was the world’s second largest media and entertainment conglomerate in terms of revenue (behind Disney), as well as the world’s largest media conglomerate, and Time Warner’s revenue in 2011 came in at just under $29 billion.  To learn more about the company be sure to visit TimeWarner.com and check out their stock (TWX) by visiting The New York Stock Exhcange.  I have also attached a brilliant lecture given by Jeff at the Yale School of Management where he speaks about the importance of emotional intelligence.  Definitely worth watching as well. 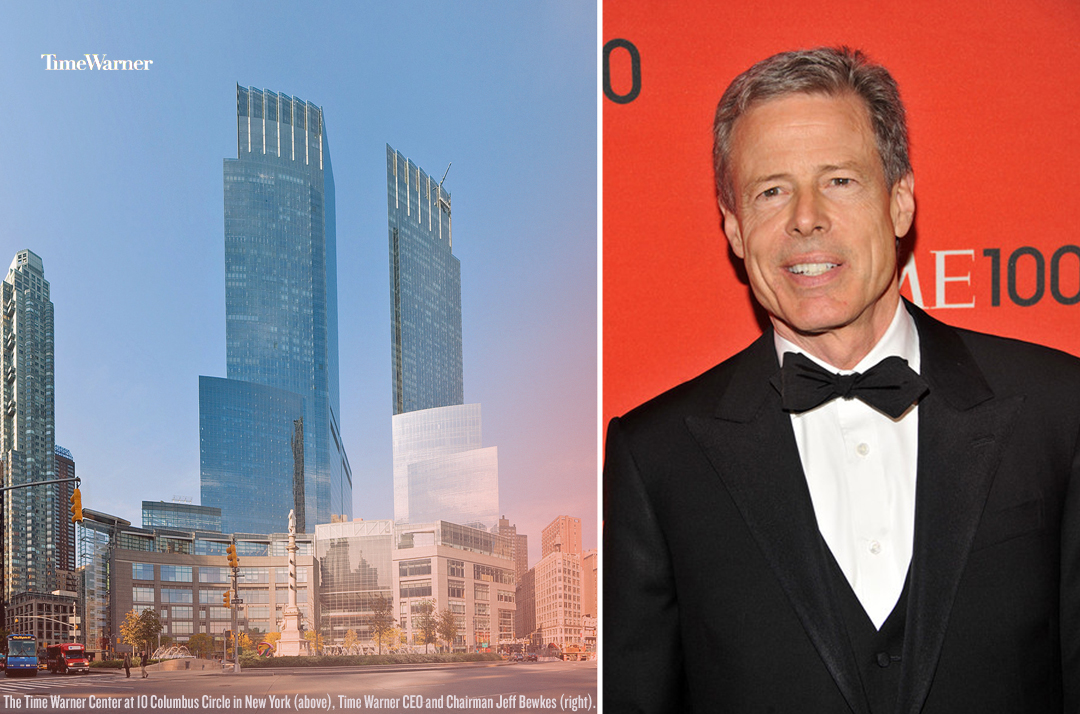