Get ready kids, because 2013 is about to get a whooooole lot more amazing!  According to The Independent, renowned composer Philip Glass is immersing himself in the compositions for London’s English National Opera production which will tell the story of the last days of Walt Disney.  The story is based on Peter Stephan Jungk’s novel The Perfect American, which centers on the relationship between Walt Disney and Wilhelm Dantine, a young Danish concept artist who labored feverishly on Sleeping Beauty, and who also worked so desperately to capture the attention of his legendary mentor.  As The Playlist writes, “It’s through Dantine that you get a glimpse of some of Disney’s late-era obsessions, including the EPCOT project in Florida, and focuses on the ‘dark Disney’ that was frequently portrayed after his death (as Neal Gabler points out in his definitive Disney biography ‘The Triumph Of The American Imagination‘, the man was much more complicated than just being ‘cuddly’ or ‘dark’.”  As The Independent notes: “Glass is very interested in the impact that a personality of that order has on wider culture.” Glass has said that Disney’s life, particularly towards the end, was “unimaginable, alarming and truly frightening.”  You can read the entire story by visiting The Playlist. 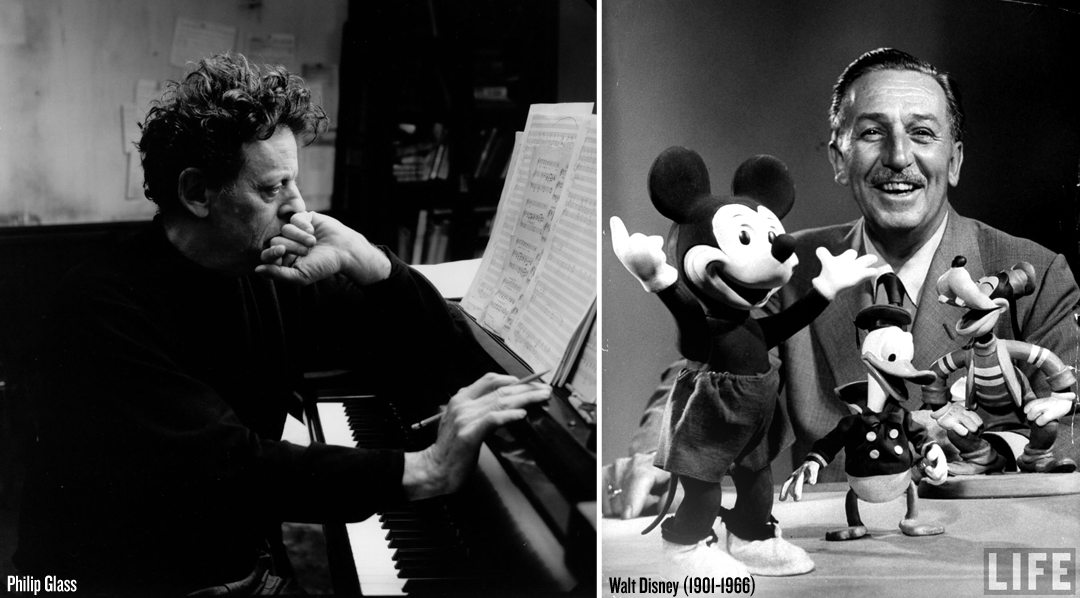 Previous post:
The Story Of How A Sunny Spring In Florence & A Pot Of Violets Inspired Tchaikovsky’s “Italian Capriccio” Next Post:
VANITY FAIR Profiles Acclaimed New Cult Film “The Sound Of My Voice” With Score By VAMPIRE WEEKEND’s Rostam Batmanglij