If you have a passion for industrial design and technological innovation then today is a very good day to say the least.  Forbes just reported that legendary designer Philippe Starck recently revealed in an interview with France Info that he has been working with Apple on a “revolutionary” product set to be unveiled approximately 8 months from now.  Starck also explained that each month for the past seven years he had been meeting regularly with Steve Jobs, until the iconic CEO’s death last October.  Forbes published the following translation of the interview’s transcript, which was originally published by Le Figaro (via Google Translate), and linked to by Apple Insider:

French designer Philippe Starck announced today on ‘France Info’ that he is working with the U.S. computer group Apple on a “revolutionary” project that would emerge in eight months.  “Indeed, there is a big project together which will be out in eight months,” said the designer on the show ‘Everything And Its Opposite.’  Invoking the “religious cult of secrecy” of the California firm, he declined any further detail, except to talk about a project “quite revolutionary, if not very.”  Philippe Starck, who has revamped hotels, restaurants, toothbrushes and even the latest Parisian Navigo travel card, has revealed that he regularly met in California with Steve Jobs, Apple’s legendary founder who died last October.  “For seven years I came to see him once a month in Palo Alto and elsewhere.  Monday I go there, because even though he has passed away now I will meet with his wife. We liked to talk all things interesting,” he said.

This is the first collaboration between Apple and famed designer Philippe Starck.  Born in Paris in 1949, Philippe Starck has singlehandedly reinvented the design industry over the course of his career.  For more than three decades, this unique and multifarious creator, designer and architect has been a part of our daily lives by creating unconventional objects, whose purpose is to be “good” before being beautiful; iconic destinations, that take the members of his “cultural tribe” out of themselves and, most importantly, towards something better.  Philippe Starck designs his hotels and restaurants in the same way a director makes a film. He develops scenarios that will lift people out of the everyday and into an imaginative and creative mental world.  His hotels have become timeless icons and have added a new dimension to global cityscape.  Through Philippe Starck’s concept of “democratic design” – increase the quality objects at lower prices so that more people can enjoy the best – he was a lone voice at a time when design was turned exclusively towards an elite.  There are few areas of design he hasn’t explored: from furniture to mail-order homes, motorbikes to mega-yachts, and even artistic direction for space-travel projects, to name but a few.

To enter the world of Phillippe Starck be sure to visit STARCK.com.  And for the most up-to-date news and information from the business world you can visit Forbes.com, and get live updates from magazine via Facebook and Twitter. 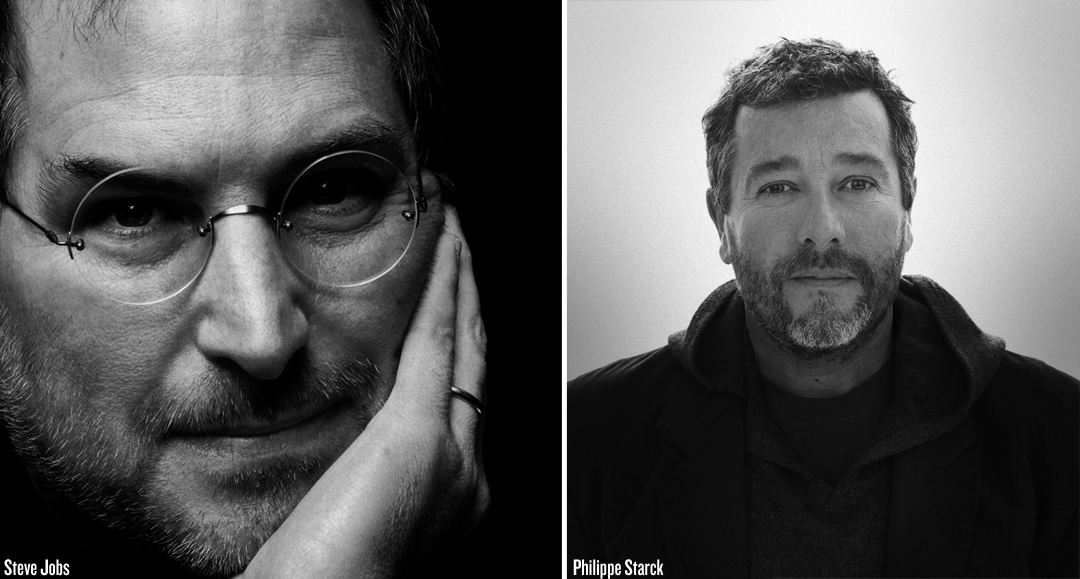