In his latest book, Imagine: How Creativity Works, author Jonah Lehrer reveals an elegant and comprehensive explanation of how creativity is not a single gift held by a lucky few.  Creativity, in fact, is a wide range of distinct thought processes that every single person can learn to use more effectively.  Since the dawn of the intelligent mind, mankind has subscribed to a false set of beliefs about what exactly creativity is and where it originates from.  This has not only resulted in our species being misled, but it has also stumped the huge potential of our imaginations.  As The Greater Good writes: “The deep mysteriousness of creativity also intimidated scientists. Most cognitive skills have elaborate biological histories, so their evolution can be traced over time. But not creativity—the imagination has no clear precursors. This doesn’t mean, however, that the imagination can’t be rigorously studied. Today, we can see the massive network of electrical cells that allow individuals to form new connections between old ideas. That’s why my book Imagine: How Creativity Works begins with the material source of the imagination: the three pounds of flesh inside the skull. The imagination can seem like a magic trick of matter—new ideas emerging from thin air—but we are beginning to understand how the trick works. We now know that creativity is not a single gift possessed by the lucky few. It’s a variety of distinct thought processes that we can all learn to use more effectively.”  The following are Lehrer’s top 5 tips for reaching your creative max:

1. Get Stumped:  Getting stumped on a problem can trigger a profound shift in the brain.  Brain scientists discovered that when test subjects were presented with a challenging problem, the left side of the brain went straight to work immediately and began solving the problem.  It was noticed, however, that the left side gets worn out, resulting in a whole lot of head-banging and swearing.  I’s at this moment when scientists noticed those being tested began to spring upright in their chairs, lean into the paper, and a huge surge of activity is kickstarted in the right side — the more creative side.  It’s here where breakthroughs and leaps of insight begin to occur.

2. True Grit:  Many people give up when the shit hits the fan.  But it has been proven countless times that those with perseverance — the ones who forge through the boring, mundane, and difficult patches — are always the ones who experience not only profound creative explosions, but also success.  No human being has ever lived who was so talented that they did not have to work hard.

3. Catch Your Breath & Smell The Flowers:  Taking regular breaks every once in a while is fundamental to the maximization of creative thinking.  Studies show that a relaxed mind, soothed by increased alpha waves, is more likely to see the answers that were blocked by a frustrated state of mind.  Whether it’s a steamy 15-minute shower, or a weekend trip, the power embedded in taking that break is immeasurable.  Google and 3M are two examples of modern corporations which have built in the “beautiful break” into their employees’ regimens, allowing their team members to dive into outside projects and temporarily expand their mind into whatever direction their hearts desire.

4. Become An Outsider:  With the countless stream of foreign writers setting up shop in Paris, one would assume that the writing produced by these people would revolve around the culture of France. But such is not the case.  The bulk of these foreigners end up writing award-winning works which take place all the way back in their respective home towns.  It’s this distance from the patterns of one’s everyday life that reveal new potential realities, new discoveries, and new observations about one’s own life.  In much the same way as dreaming, pulling back from a particular environment can put everything into focus and reveal things that even the sharpest of minds had not even picked up on before.

5. Activate Your Inner 7-Year-Old:  In a fascinating study published recently, a psychologist assembled a few hundred undergraduate students and split the group in half.  The first group was asked the question: “You are seven-years-old, and school is canceled. You have the entire day to yourself. What would you do? Where would you go? Who would you see?”  The second group was asked the same question, except without the first part.  So 150 of these test subjects dove into their seven-year-old self, while the other half remained their real age.  After ten minutes of writing about waht they would do with their day, they were each immediately asked to solve a series of problems, ranging from finding new uses for an old car tire, or creative things one could do with a brick.  Turns out, the undergrads who embraced their seven-year-old selves scored miles and miles ahead on the creativity spectrum.  I think you know what to do.

To read the complete article be sure to visit The Greater Good, and follow The Greater Good Science Center on Facebook and Twitter.  You can also pick up your own copy of Jonah Lehrer’s Imagine: How Creativity Works via Amazon, as well as visit JonahLehrer.com. 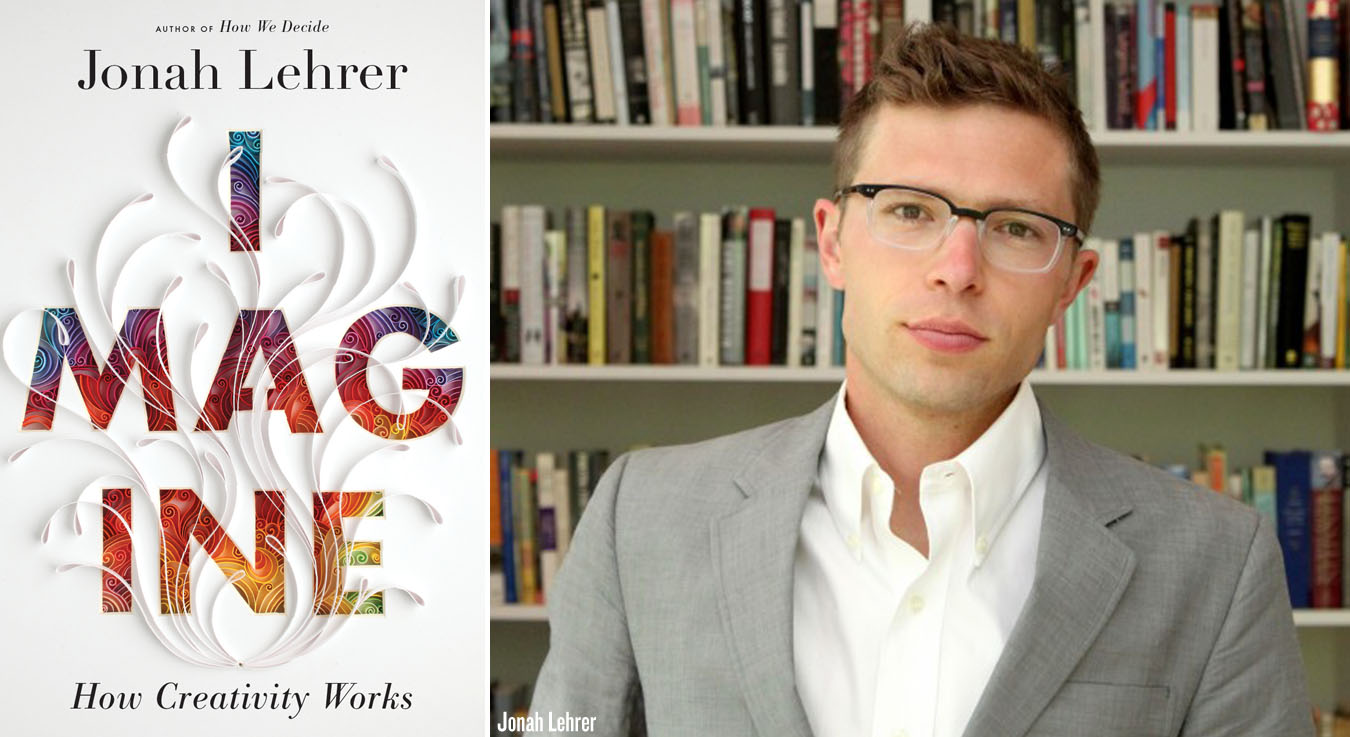 Previous post:
Kelly Ripa, Jon Stewart, And Charlie Rose Top THR’s List Of The 35 Most Powerful People In Media Next Post:
The WOW Files: ISO50 Adds To The World’s Greatest Playlist Series With Their Amazing #14