One of the smash hits of this year’s SXSW Film Festival is writer-director Bobcat Goldthwait‘s “scathingly funny indictment of contemporary U.S. culture” entitled God Bless America.  From nearly ever single critical account this film is balls-out phenomenal, and in two hours it brilliantly tackles nearly every major plague afflicting modern life in America: from the darkside of politics as well as the entertainment industry, right up to the increasing indignities of human interaction.  At its core, God Bless America is a revenge fantasy which is described by The Playlist as being: “smart, specific, and imminently sympathetic, even when its characters retaliate in admittedly extreme or inappropriate ways. Desperate for a time before TMZ without purely succumbing to rose-colored nostalgia, “God Bless America” is a twisted but troublingly accurate chronicle of contemporary inhumanity, viewed through the eyes of a man no longer capable of ironic detachment.”  You can read the entire terrific review by visiting The Playlist and check out the trailer below.  Magnet Releasing is launching Goldthwait’s misanthropic opus on demand everywhere on April 6th, and it opens in select theatres on May 11th.  To enter the world of God Bless America be sure to visit the film’s website by CLICKING HERE, and follow the movie on Facebook. 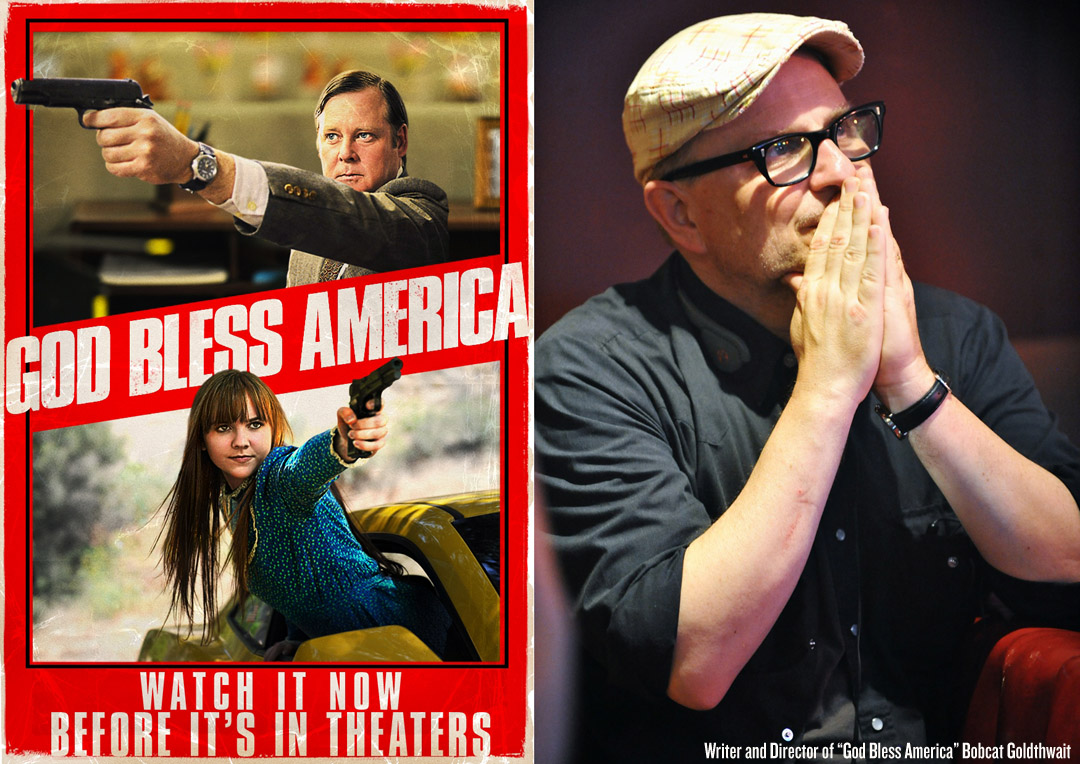