The OREO Turns 100: A Look At Its Fascinating History & Reign As The World’s Best-Selling Cookie

There is quite simply no comparison to the iconic OREO cookie, which celebrated its centennial anniversary this week.  One of the most fascinating aspects of a brand as old as this one is how it connects to that very mysterious part of your brain responsible for not only comfort food, but also for brand familiarity.  As far as dish detergent goes, I have always bought Tide because it was there everyday in my house when I was a little boy.  I always feel safe and reward-ready when I step into a McDonald’s because — yes — it was there when I was a little boy.  And the same goes for the OREO cookie.  Slate recently took a broad look at the history and continued reign of the world’s best-selling cookie, and the following is an excerpt: “The country’s largest bakeries joined to form Nabisco (formerly The National Biscuit Company) in 1898, and the company modernized the production and packaging of baked goods. (Prior to that, most cookies and crackers were sold out of barrels at local shops, hence the name “cracker barrel.”) National Biscuit was soon selling half of America’s cookies and crackers, mostly out of its New York factory in the building now known as Chelsea Market.  …Folk historian Elizabeth Mosby Adler argues that part of the sandwich cookie’s appeal is that it allows people to bring their own personal style to eating. Like fried eggs, layer cake, and corn on the cob, the OREO lets consumers make choices—they can gobble it whole, disassemble it, eat the best part first or save it for last.  …The origin of OREO is shrouded in mystery, but some believe the word derives from the Greek for hill. (An early version of the cookie was dome-shaped, according to legend).”  You can read the entire feature profile of OREO by visiting Slate as well as Nabisco.  In 2011 the world consumed 35 billion OREO cookies. 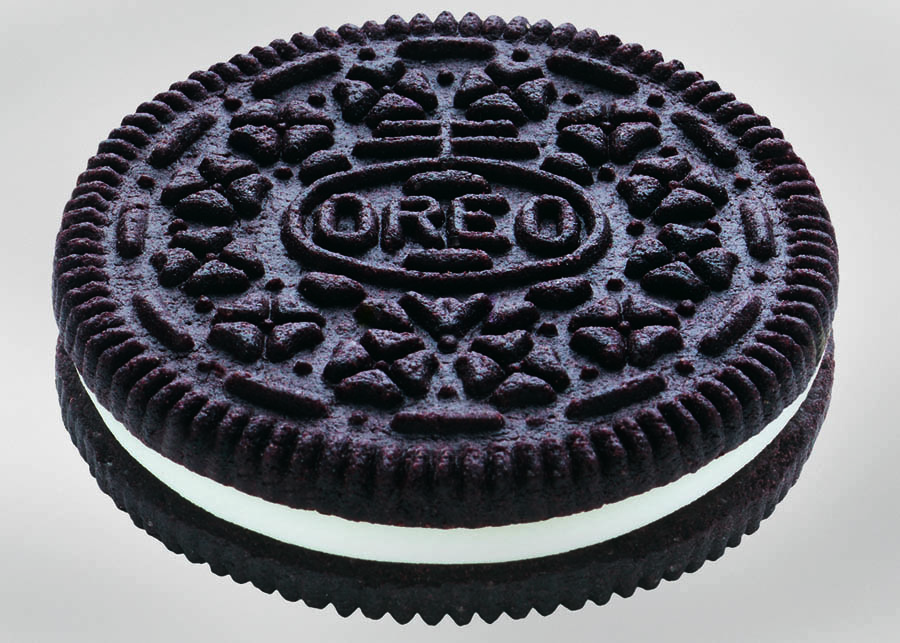