Nanni Moretti’s Latest Film “We Have A Pope” Gets New Trailer, Hits Theaters On April 6th

Director Nanni Moretti won the Cannes Film Festival’s Palme d’Or in 2001 for The Son’s Room, and now the helmer is back with his latest film We Have A Pope (a.k.a. Habemus Papam).  French actor Michel Piccoli plays the newly-elected Pope and from second the announcement is made his character is plagued with crippling insecurities and self doubt.  As soon as he finishes greeting the world from the balcony of Saint Peter’s Basilica he begins to withdraw both physically and emotionally.  A psychoanalyst (played by Moretti himself) is brought in by the Cardinals to help the new Pope get his mojo back, and according to The Playlist, which reviewed the film at Cannes nearly about ten months ago, We Have A Pope is, “bracing, honest and even a little shocking.”  The film is slated to hit theaters on April 6th, and you can read the entire review by visitng The Playlist. 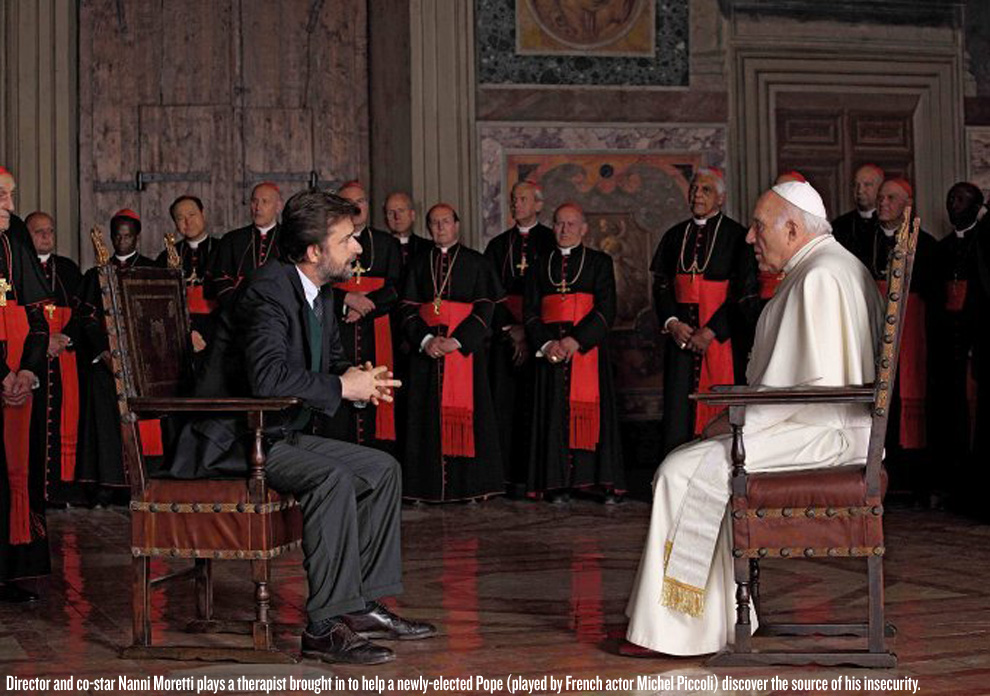 Previous post:
Experiment Of The Day: Listen To Myers Briggs’ “Between Rooms” The Exact Second You Wake Up Next Post:
Forget Survival Of The Fittest, Evolutionary Biologist Argues It’s Survival Of The Most Cultured