The Machiavellian Temptation: The Science Of Habits, & Changing Your Life The Victorian Way

David Brooks is my favorite columnist at The New York Times, and his recent piece entitled “The Machiavellian Temptation” opens the door to one of the most complex issues one can possibly be faced with, both personally and globally: how to change your life, and by extension, how to change the world.  He first begins with: “In the 19th century, there was a hydraulic model of how to be a good person. There are all these torrents of passion flowing through you. Your job, as captain of your soul, is to erect dams to keep these passions in check. Your job is to just say no to sloth, lust, greed, drug use and the other sins.”

Brooks continues with the fact that this model is no longer effective in 2012 — if resolving to change one’s life actually worked, then every New Years’ resolution would be a success story.  This, of course, is impossible. Breakthroughs in science and psychology have taught us how fundamentally complex it is to reorient one’s life, in part because so much activity in our brains is out of our control.

“Much of our behavior, for example, is guided by unconscious habits. There’s been a lot of research over the past several years about how our habits shape us, and this work is beautifully described in the new book ‘The Power of Habit,’ by Charles Duhigg, a reporter at The Times.  Researchers at Duke University calculated that more than 40% of the actions we take are governed by habit, not actual decisions. These can range from what products you buy in the grocery store to when you want sex. Habits are ingrained so deep in the brain that a patient with brain damage sitting in his living room can’t tell you where the kitchen is, but if he is hungry, he can get a jar of peanut butter out of the pantry.  Researchers have come to understand the structure of habits — cue, routine, reward. Duhigg’s book is about people who have learned to instill habits in other people or replace bad habits with good habits.”

Brooks goes on to provide some terrific stories and examples ranging from the origins of toothpaste, tricks used by football players and Starbucks employees, the Victorian model of changing one’s life, and the new 2012 character model which implies a sort of “crafty Machiavellian”.  You can read the entire fascinating column by visiting The New York Times.  And to understand why I admire the work of David Brooks so much be sure to read: “David Brooks Shares His Brilliant Thoughts With Charlie Rose About 2011, And The Wisdom Of Septuagenarians” as well as “NYTimes Columnist David Brooks’ Extraordinary TED Talk On Love, Politics, And The Soul Of The Social Animal“.

You can subscribe to David Brooks on Facebook, browse through his entire archive of columns at The New York Times, as well as visit the website for his extraordinary book The Social Animal: The Hidden Sources Of Character, Love, And Achievement.  To learn more about Charles Duhigg’s book The Power Of Habit you can visit Random House. 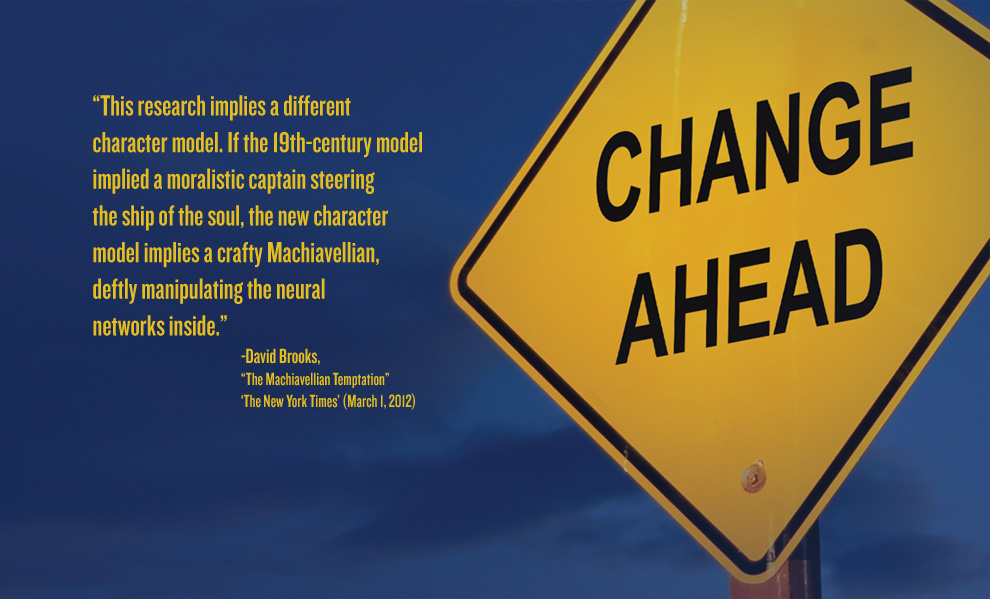 Previous post:
The Power Of Pictures: National Geographic’s Daily “Photo Of The Day” Series Is Blowing My Mind Next Post:
Banner Photo #69: CNN’s New Series Explores Science & Mystery Behind Our Perceptions Of Beauty