The Solar Dynamics Observatory (SDO) is a NASA satellite mission which will observe the Sun for over five years.  It was launched on February 11, 2010, and the observatory is part of the Living With a Star (LWS) program.  The goal of the LWS program is to develop the scientific understanding necessary to effectively address those aspects of the connected Sun–Earth system that directly affect life and society.  Ever since its launch, SDO has captured a bounty of astonishing images and video of our Sun, the most recent of which was taken over a 30-hour span between February 7-8, 2012.

The video shows a gargantuan tornado ripping along the surface of the Sun with gusts up to 300,000mph.  Terry Kucera is a solar physicist with NASA’s Goddard Space Flight Center, and in an interview with FOX News he said, “It’s about 15,000 degrees Fahrenheit — relatively cool.”  Which is accurate when considering the Sun’s corona is a whopping 2 million degrees.  Solar tornadoes such as this one are known as “solar prominences”, and the existence of these huge beasts have been known about since at least 1996 when the European Space Agency’s SOHO spacecraft captured evidence of them near the Sun’s north and south poles.  Although they look very much like their tiny Earth-bound cousins, these solar tornadoes are structured in an entirely different way — through magnetism, not pressure and temperature fluctuations.

Competing magnetic forces which pull the charged magnetic particles on the sun back and forth, create the spinning mass of plasma that tracks along strands of magnetic field lines, NASA explained.  The diameter of the funnel is estimated to be roughly the same diameter of Earth, and the long, ribbon shapes could span hundreds of thousands of miles (i.e. several Earths long).  High resolution recordings such as this were not possible until the launch of SDO.  The satellite has several cameras on board which are constantly capturing solar activity in various wavelengths and frequencies.  “Each wavelength of light tells us something different,” said Kucera. 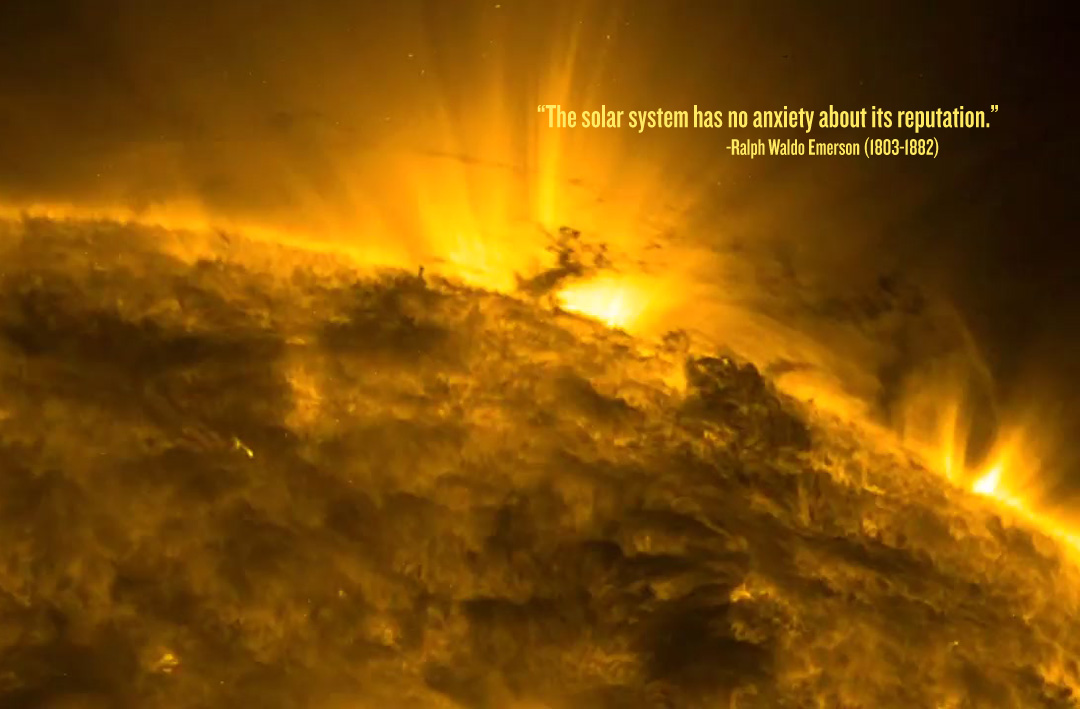