Ryan McGinley (born October 17, 1977) is an American photographer living in New York City who began making photographs in 1998. In 2003, at the age of 25, McGinley was one of the youngest artist to have a solo show at the Whitney Museum of American Art.  He was also named Photographer of the Year in 2003 by American Photo Magazine, and in 2007 McGinley was awarded the Young Photographer Infinity Award by the International Center of Photography.  For his latest sublime offering McGinley directed the following shoot for the most recent collection from EDUN, a fashion house created by Ali Hewson and her husband Bono as a for-profit fashion brand with a mission to encourage trade with Africa and raise awareness of the possibilities there.  For his shoot, McGinley used six species of butterflies with the various models, including the tattooed Bradley Soileau and the candy floss-hair Charlotte Free.  Ryan allowed the random flights of the butterflies determine where his camera would go.  He told NOWNESS: “I was interested in how the body could reveal the butterfly, how it could fly out of the models’ mouths, hands or pants in its unfurling glory.”  To read Ryan’s terrific interview with NOWNESS be sure to visit NOWNESS.com.  They also have a link to their Facebook page which contains a series of exclusive photos from the shoot.  You can learn more about the creations and business ethos of EDUN by visiting their website at EDUN.com.  To see more extraordinary examples of Ryan’s work be sure to visit his website at RyanMcginley.com. 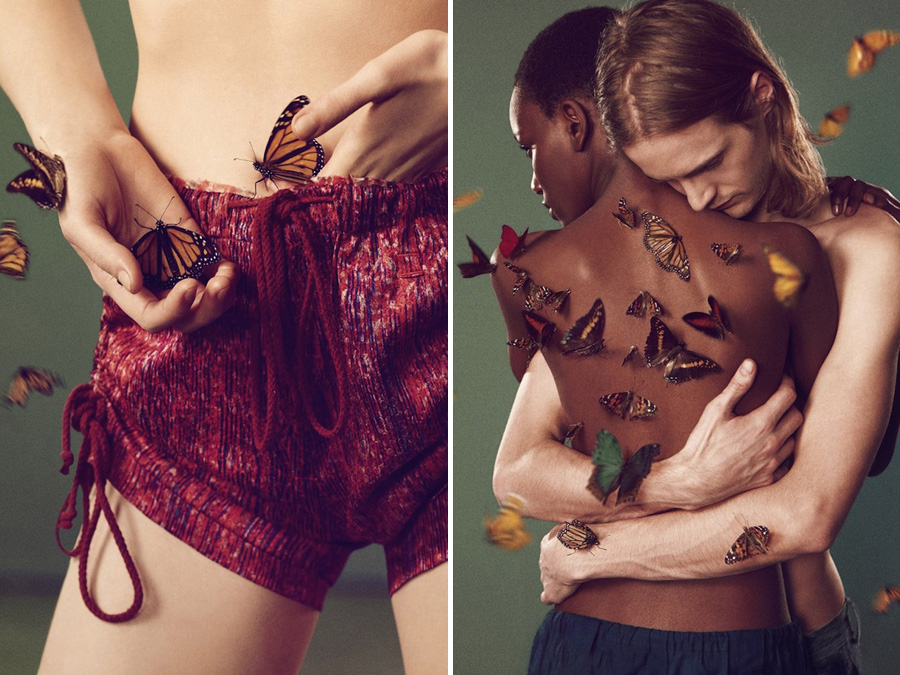 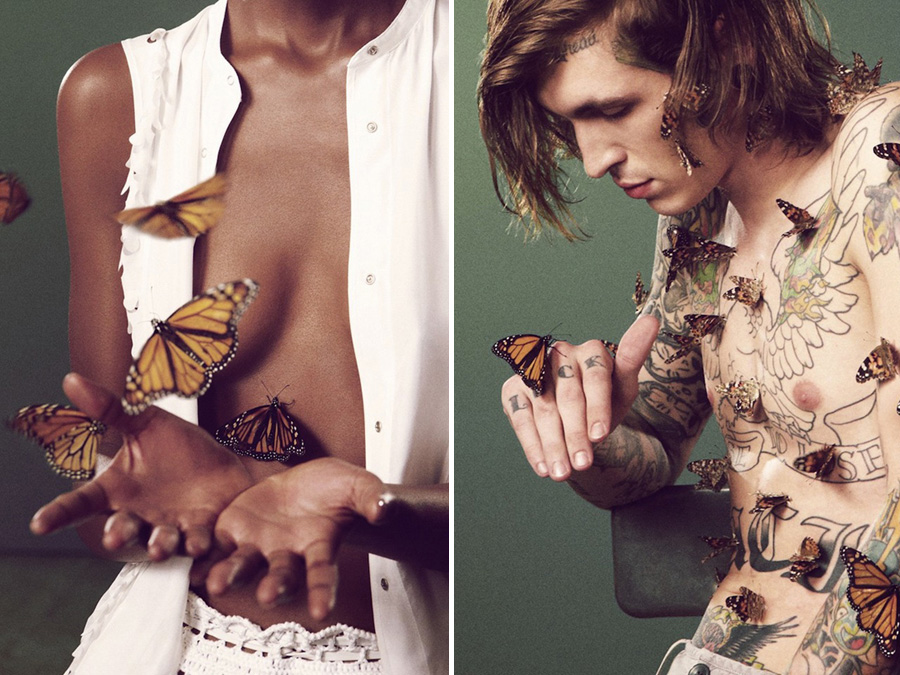