I just hosted the gayest Super Bowl party of my entire life, and from the second Madonna rolled in on her Carnivale/Egyptian-themed billowing royal carriage for her Super Bowl halftime show performance, my fellow queens and I were in full jaw-dropping major love overload mode for the Queen that simply cannot be compared.  The glimmering gold Cleopatra crown, the mindblowing high-resolution LED stage which faded in and out from morphing VOGUE covers to a spectacular blade graphic of the NFL, LMFAO, Cee Lo, Nicki Minaj, MIA, it was an orgasm of pure Madonnfantasmagoria.  I’ve attached a clip of the show below, so I hope it doesn’t get taken down, but MY GOD! (or is it “MY QUEEN!”?) — what a gorgeous job all around.  And major props must go out to Montreal’s own Moment Factory for whipping together the incredible stage, visuals, and motion graphic animation.  Pure amazingness.  To learn more about Moment Factory be sure to visit MomentFactory.com. 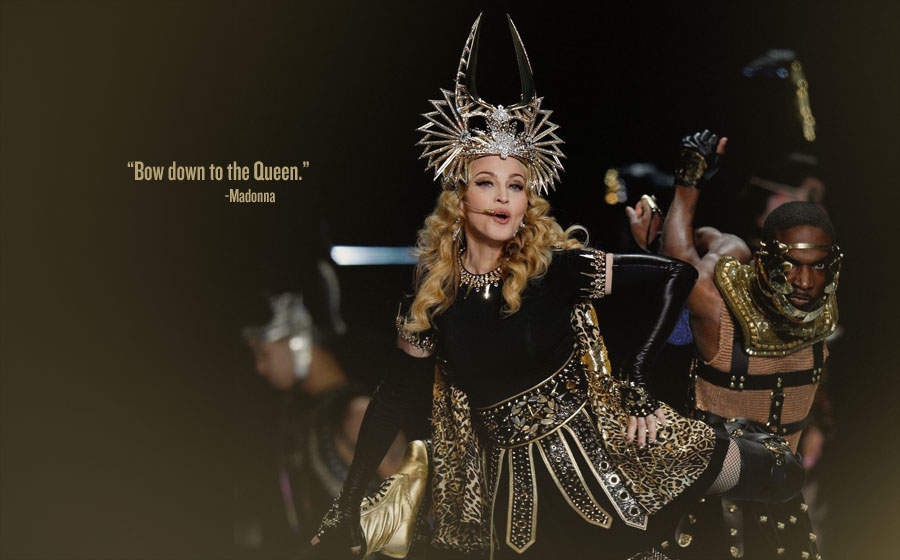 Previous post:
Banner Photo #66: A Fresh New Look For FEELguide Next Post:
Bon Iver Turns Down A Grammy Performance (For Good Reason) And Delivers The Goods On SNL