The Hottest News Anchor In The Universe: Meet Paris’s Own Julian Bugier Of The FRANCE 2 Network

“You Might Also Like” would be an understatement.  While cruising through the pages of OHLALAmag last night my eyes caught a random Link Within thumbnail at the bottom of one of their posts.  Those “You Might Also Like” images (see below) are no bigger than a postage stamp but I could tell right away that Julian Bugier was big news.  Julian is the 30-year-old Parisian news anchor who joined the French network FRANCE 2 in July 2011 and has fast become the hottest face in French broadcast journalism.  As any of my friends would tell you, I am a news junkie — I eat, sleep, breathe, and even dream about news.  And it’s always been this way.  Once when I was a kid I even put together a mock TV news set in my kitchen, wrote a nightly news script on a huge stack of cue cards, and forced my sister to be my co-anchor as my mom turned the pages for me off camera.  To this day I still have fantasies about becoming a news anchor, and if that day ever comes I will be replacing my sister with the hotness that is Julian Bugier.  Apart from his brains and intellect, Bugier was rated by the hugely influential French publication TÊTU as The Most Beautiful Man On French Television.  But I disagree with this inadequate title.  TÊTU needs to revise their rating to Julian Bugier: The Most Beautiful Man In The Universe Of Television.  There’s really no comparison to Julian’s hotness on this side of the pond, but perhaps a close second would be MSNBC’s resident hearththrob Thomas Roberts, with a spot close behind going to ABC News’ Chris Cuomo (sorry Anderson Cooper, you just don’t do it for me).  For more information on the world’s hottest news anchor be sure to visit Julian Bugier on Facebook, his home network FRANCE 2, as well as his profile at OHLALAmag.  Julian recently kicked off a brand new 15-part series on FRANCE 2 called Elyseé Moi! which chronicles the modern history of French Presidential elections from 1965-2012.  To watch Julian’s interview where he elaborates on the series CLICK HERE (it’s even yummier than the 2 videos below).  To learn more about Elyseé Moi! be sure to visit the show’s website at FRANCE 2. 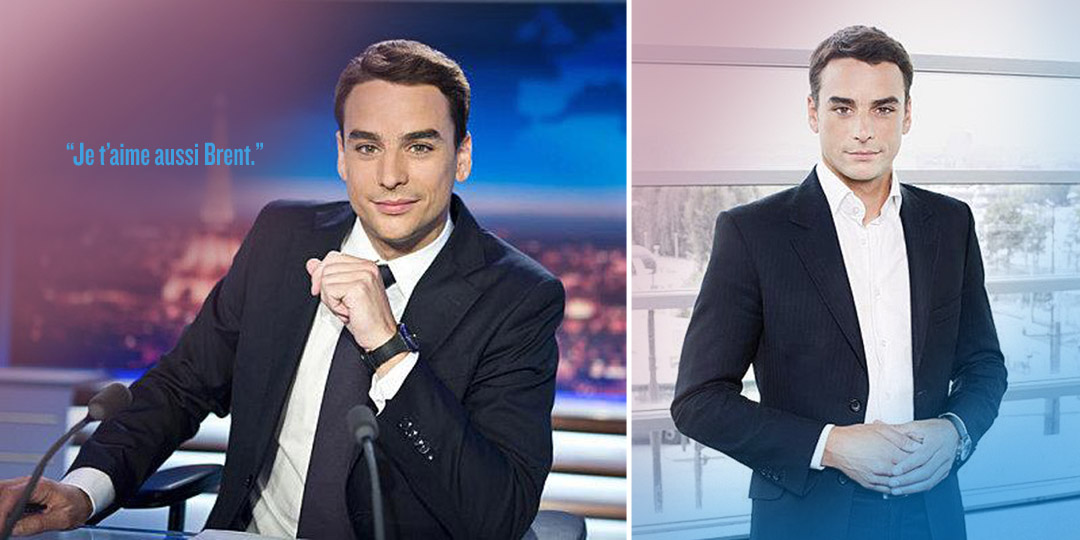 Previous post:
Music’s Next Superstar (And My Future Husband) Jack Peñate Releases Video For “No One Lied” Next Post:
Interview Magazine Talks To David Lynch About Exploring “The Dark Underside Of American Dreaming”