Beyond Sciences And The Humanities: Why Design Must Become The 3rd Pillar Of K-12 Education

In his New York Times-bestselling book A Whole New Mind: Why Right-Brainers Will Rule The World, author Daniel Pink lays out a lengthy and brilliant case explaining why the future belongs to creative-minded individuals.  The human brain is very much like a computer, with the left side being the seat of language and functioning like a serial processor — processing stimuli in a logical and sequential order (i.e. “I need to pick up my drycleaning on the way home from work because American Idol starts exactly at 8pm” or “I’d love to have her wardrobe but I’m secretly afraid everyone would laugh at me.”)  The right hemisphere of the human brain is more visual/energy-based and functions like a parallel processor — processing stimuli intuitively, holistically, and randomly (i.e. “I know most buildings are rectangles, but what about thinking outside the box and trying SOMETHING LIKE THIS?” or “I love what you’re wearing!  Where do I get my own?  Do they have one in red?  I have so many ideas of what I could do with that skirt!”)  Your left side thinks like a MICROscope (which of course plays an important role in creative thinking too), while your right side thinks like a MACROscope.  It’s your right side’s ability to pull back for the god’s-eye view of a situation which allows it to see patterns and possibilities that your left side simply cannot. 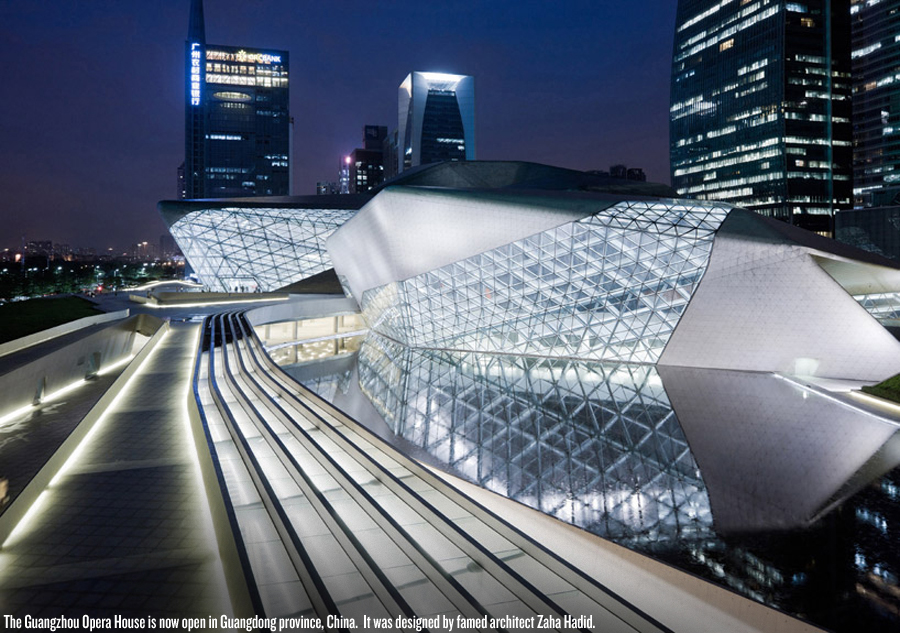 So how did our left-side world become so predominant?  Our education system is primarily to blame. From the age of 4-5 years old until our late teens and early 20s we are programmed to “see at” and not “see into” (watch the interview with architect Frank Lloyd Wright at the bottom for more on this).  Only a small percentage of our educated population is nurtured to see the nature of things.  One of the most incredible studies I have ever read took place about 4 years ago.  A huge number of experts were scattered across America to collect as much data as humanly possible about the status of America’s youth and which children were blossoming and which ones were not.  One psychologist was tracking a family, and found herself in a minivan while the mother was taking her son to the doctor for a check up.  Most parents would instruct their child to “be quiet and just listen to the doctor.”  Not this mom.  During that 20-minute drive, the psychologist noticed that the mother had her son prepare a list of things that most interested him about his body and health.  The mom made sure her son knew “The doctor works for YOU.  YOU are the one in charge here, not him.”  I’m not sure who this boy is, but I’m willing to bet the incredible right-brain environment he is being raised in is shaping him into a future creative powerhouse.

How can we steer our education systems more towards this right-brain “thinking outside the box” direction?  In his brand new column in The Atlantic, Jon Freach argues that integrating design as the third pillar of our K-12 curriculum is the first step.  For decades, the foundation of our schools’ curriculums have been anchored on two pillars: the sciences and the humanities.  Freach, who happens to be a professor at the Austin Center for Design as well as a Design Research Director at Frog, a global innovation firm, has been noticing a disturbing trend among his students (learn more about Frog by visiting FrogDesign.com).  The Austin Center for Design accepts not only artistic students into their program, but also students with more left-brained training such as engineers, social workers, business men and women, etc.  The faculty leverage their design training to amplify the right sides of their students’ brains, but Freach has noticed many of these students are suffering from deeply-rooted insecurites: “Many of our students were inhibited, some even fearful, of actually making things.”  The following is an excerpt from his column in The Atlantic entitled “Sciences, Humanities, and … Design? The Case for a Third Pillar of Education”:

… Students often traced their inhibitions back to childhood when they first grew conscious of their teacher and peers’ judgment. One student vividly recalled what it was like to have a teacher title his drawing for him to avoid inevitable confusion from grown-ups. His “making trauma” was intensified when he was in fourth grade and one of his paintings mistakenly got put into a first grade art show. He didn’t win.

This condition is even more widespread the higher you go up the corporate ladder.  In three different collaborative work sessions that I’ve facilitated [with corporate] clients in the past year, I’ve been told outright at the beginning: “I’m not good at this, so don’t expect much.”

In a 1979 research project at the Royal College of Art, Professor Bruce Archer referred to design as the missing “third area” of education; the first two areas were considered the sciences and the humanities. Later, in a small book, Designerly Ways of Knowing, educator Nigel Cross made a formal case for the addition of design to our general education, namely the K-12 curriculum. But, he was careful to point out the tricky nature of such a proposition. Cross argued that design, as an area of study, suffered from a legacy of being a technical vocation, where one is “trained” to be a designer, often through an apprenticeship of some sort. Its aims are extrinsic, meaning a student is equipped to perform in a specific social role such as an architect capable of competently designing a building. But general education, in addition to being non-technical, consists of intrinsic goals which contribute to an individual’s self-realization and basic life skills. For instance, many of us learned the principles of math and use them to pay our taxes, but didn’t become mathematicians. And, we read Shakespeare to learn about comedies and tragedies and the use of language, but didn’t become playwrights.

You can read Jon Freach’s terrific column in full by visiting The Atlantic and be sure to follow the magazine on Facebook.  To read all of Jon’s columns for The Atlantic CLICK HERE.  And I cannot leave this post without pointing you towards two videos which are essential viewing when discussing the importance of right-brained thinking.  The first is legendary architect Frank Lloyd Wright‘s argument in this 1957 interview which mirror exactly the argument that Freach is making.  And secondly is what I regard as the most important TED Talk ever given.  It was made by Jill Bolte Taylor, a Harvard neuroanatomist and brain scientist who suffered a stroke.  As the stroke gradually shut down the left side of her brain, it left her right side in complete 100% control.  The world that was revealed to her will give you goosebumps, and I consider this video to be MANDATORY VIEWING FOR EVERY SINGLE HUMAN BEING.  Her argument is not that mankind should be 100% right brain — she argues that we simply spend far too much time in our left hemispheres.

Jill Bolte Taylor’s 20-minute story which you are about to watch below is perhaps the greatest story I have ever heard in my entire life, and if I was a kindergarten teacher this is exactly what I would make my 5-year-old students watch during the very first twenty minutes of their educational careers.  Followed immediately by design class, of course.

SEE ALSO: Ron Howard To Direct Biopic Of Jill Bolte Taylor’s Memoir, Jodie Foster May Star
SEE ALSO: Dov Seidman Is Blowing My Mind: “HOW” One Man Is Redirecting The Moral Compass Of The Modern World