One of the most inspiring professors I had the great privilege of learning from during my university years in Architecture was the great Dr. Gulzar Haider. I’m not certain if Dr. Haider is still teaching at Carleton (now the Azrieli School of Architecture & Urbanism), but during my years as a student, he was not only a professor of Architecture, but also an architect as well — specializing in Islamic Architecture. Dr. Haider designed several mosques around the world and opened my eyes bright and wide to this fascinating dance between Architecture and the Islamic tradition. So it goes without saying that when my pupils dilated over this next video, the first thought that came to mind was: “Oh my God, Gulzar MUST see this!” In celebration of the 2011 United Arab Emirates National Day, the team at Obscura Digital was commissioned to create this jaw-dropping lightmapping display which was projected onto the Sheikh Zayed Grand Mosque in Abu Dhabi, the capital city of the United Arab Emirates. The Sheikh Zayed Grand Mosque itself was initiated by the late President of the United Arab Emirates (UAE), HH Sheikh Zayed bin Sultan Al Nahyan, and his final resting place is located on the grounds beside the same mosque. As the country’s grand mosque, it is the key place of worship for Friday gathering and Eid prayers, and is the largest mosque in the UAE with attendance during Eid often numbering more than 40,000 people. The projections were designed by the team at Obscura Digital, who assembled 44 projectors with a combined brightness of 840,000 lumens. The combined lightmapping surface measures a whopping 600-feet wide X 351-feet high. To learn more about the work of Obscura Digital be sure to visit their Vimeo page as well as their website at ObscuraDigital.com. For for information on the Sheikh Zayed Grand Mosque CLICK HERE. 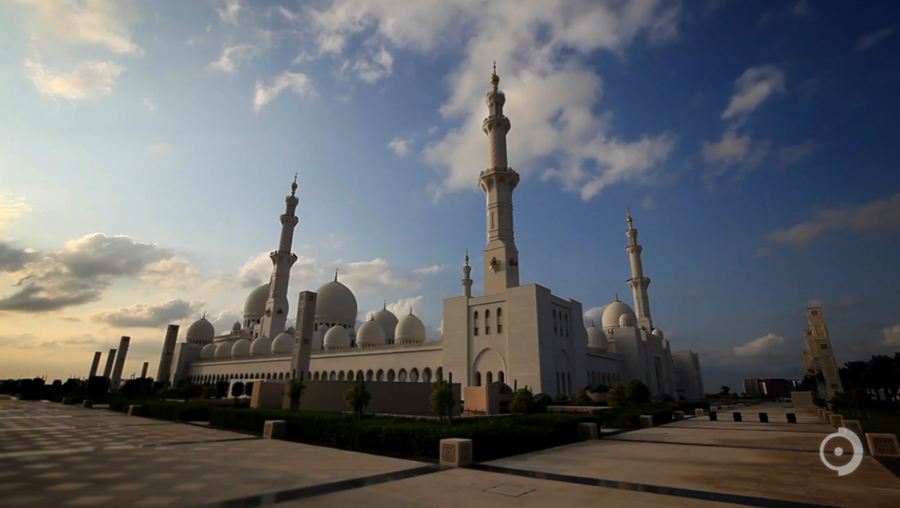 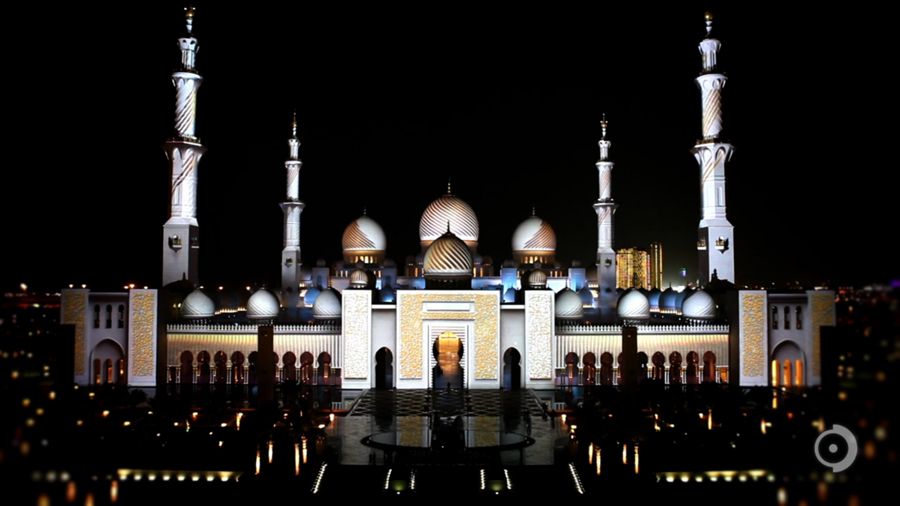 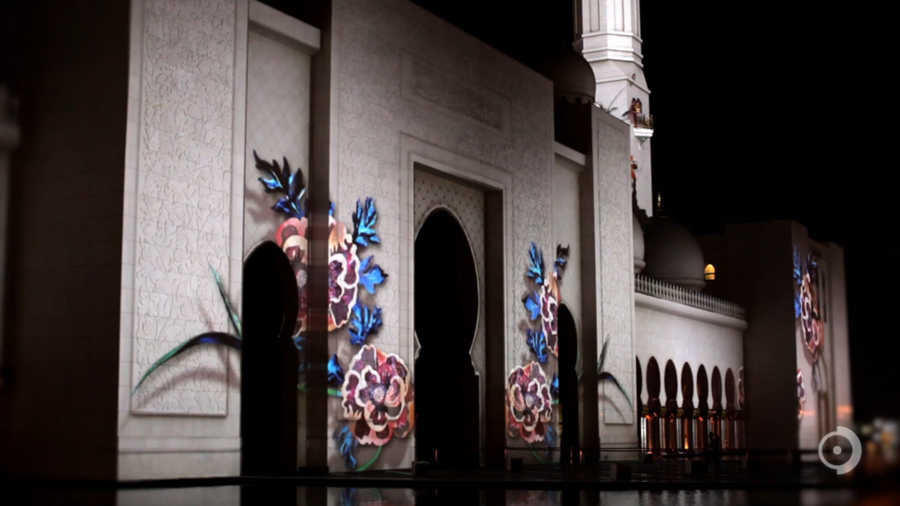 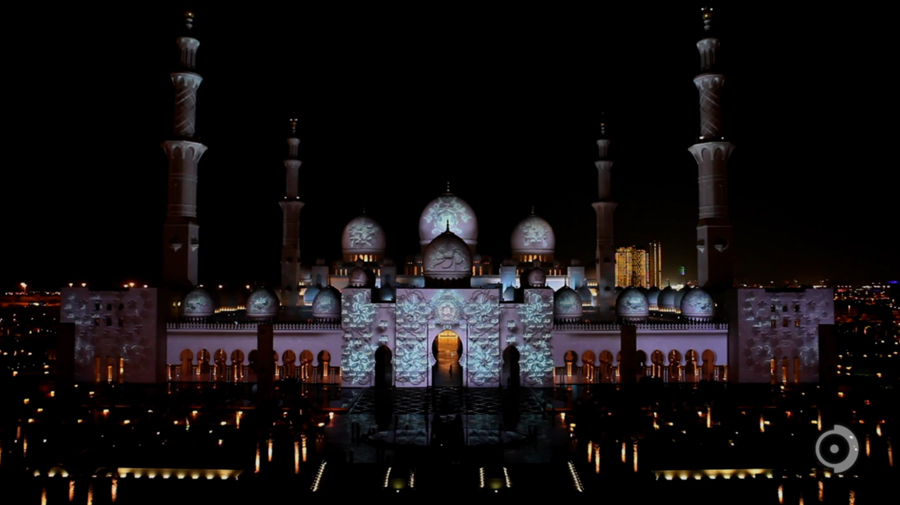 Previous post:
How To Fly Fish With A Magic Harp: Active Child Releases A Gorgeous New Video For “Hanging On” Next Post:
Watch This Fascinating Report On How Engineers Plan On Removing The Costa Concordia Ship