New Science: How Nicotine Patches & Living A “Joyous Life” In Your 30s & 40s Can Prevent Dementia

First published in CNN Health (January 9, 2012) by Elizabeth Landau  ☛ It’s hard to escape the warnings of the dangers of smoking, but one component of cigarettes — nicotine — might actually have a therapeutic use, preliminary research suggests.  A small study, published Monday in the journal Neurology, finds that using a nicotine patch may help symptoms of mild cognitive impairment, a condition characterized by a noticeable memory problem.  Many, but not all, patients with mild cognitive impairment will go on to develop Alzheimer’s disease; scientists are still working on predicting who is most at risk.  A nicotine patch releases nicotine slowly over a number of hours. It gets into the blood stream, travels to the brain and interacts with receptors on nerve cells.  In particular, it seems to activate receptors on nerve cells important for a circuit involved in attention, learning and memory.

Dr. Paul Newhouse of the University of Vermont Medical School, and colleagues, studied 74 people and saw improvement in measures of attention, memory and mental processing among those who received the nicotine patch treatment over six months.  But it’s hard to say whether these patients recovered fully because they were not tested before developing memory problems.  “I think nicotine could be one of the answers we end up with” for memory decline, Newhouse said.  Multiple strategies will be needed to combat Alzheimer’s disease; nicotine “may not be the only answer, but could be one of the answers,” he said.  But Bill Thies, Chief Medical and Scientific Officer of the Alzheimer’s Association, urges caution. Certain drugs that are approved for Alzheimer’s disease, called anticholinesterase drugs (such as Aricept), slow the breakdown of the brain chemical acetylcholine.  Acetylecholine in memory circuits works on nicotinic receptors.  So it’s not surprising to Thies that nicotine would show similar benefits.  “The course of the disease eventually overwhelms the effect of the medications, so they work for a few months and then they start to drop off,” he said.  It’s possible that the same decline in effectiveness would also occur with nicotine after a matter of months.

The study did not address what impact nicotine would have in combination with these anticholinesterase drugs, he said.  And nicotine is not entirely innocuous.  Studies have shown that smoking is a risk factor for Alzheimer’s.  Researchers do not recommend smoking to get the benefits of nicotine described in this study, nor do they advocate using nicotine patches for the purposes of cognitive benefits.  Also, if a person uses a nicotine patch for years at a time, there may be side effects including in cardiovascular disease, although this is not proven, Thies said.  All 74 participants in this study were nonsmokers.  The only consistent side effect observed was a small amount of weight loss, which isn’t surprising since nicotine is an appetite suppressant.  You can read the full story at CNN. 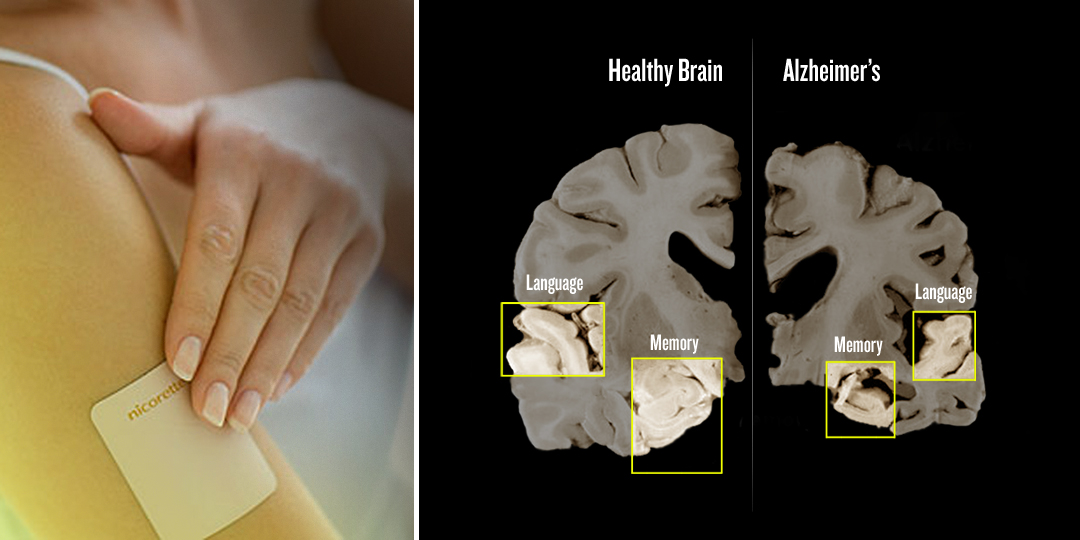 Previous post:
Charlie Rose Week On FEELguide: The Tilda Swinton “I Am Love” Interview & Glamour As A Form Of Art Next Post:
This Astonishingly Brilliant 42-Minute Boiler Room Mix By WHEN SAINTS GO MACHINE Is Blowing My Mind