I’m A Huge Snuffleupagus For George Stephanopoulos: Watch His Brilliant Roundtable Return To “This Week”

Don’t get me wrong, I thought Christiane Amanpour did a phenomenal job as the moderator for ABC’s This Week when she took over for George Stephanopoulos in January 2010 when George became the new anchor for Good Morning America (George began his 8-year run as host of This Week back in 2002).  When Amanpour’s ratings took a bit of a slide the chiefs of ABC somehow convinced George to return as host, meaning he now has to work seven days a week, returning to Washington on weekends where the show is taped, after having moved his entire family to New York for the GMA gig.  But don’t feel too sorry for George — I’m sure he was very well compensated, to put it mildly.  And feel no pity for Christiane Amanpour either: on December 14, 2011, in statements by ABC and CNN, it was announced that, in a “unique arrangement,” Amanpour would begin hosting a program on CNN International in 2012, while continuing at ABC News as a global-affairs anchor.  Amanpour has so much respect in the news industry, I can hardly think of one other person remotely capable of being able to pull off this kind of amazing deal.  Congrats to Christiane!

I’ve been an avid watcher of This Week since my early university days back in the mid-late 90s, so it was sad to see George go off to New York.  Which explains why I was as giddy as a school girl yesterday when he made his triumphant return to the show that sent millions of viewers falling in love with him to begin with.  Seeing George once again sitting beside the other George I love so much — Pulitzer Prize winning columnist George Will — was a bit like seeing two high school sweethearts getting back together after years apart (“GS + GW Forever!  I.D.S.T.”).

My favorite segment of This Week is their incredible roundtable session where George and George gather around with their colleagues to go over the week’s events.  Yesterday’s discussions focused on the Republican debate which their network had aired the previous night, with This Week broadcasting live from that very same New Hampshire stage on Sunday morning.  It was a brilliant discussion with highlights including Donna Brazile’s crack at Batshit Crazy Homophobe Rick Santorum being a terrific option as a future Ambassador to The Vatican (ASIDE: if I start laying into Santorum’s unconscionable views on homosexuality I won’t know where to stop.  The man is insane, and represents the very worst in American politics.  Thomas Jefferson himself must be turning in his grave at the sight of people like Santorum and the erosion of the wall that separates Church and State.  To learn more about Santorum’s despicable platform visit TOWLEROAD).  ABC News’ Jake Tapper also gives one of the funniest takes on Jon Huntsman’s  impressive Chinese jabs at Mitt Romney that you will ever see (which is not to undermine in any way how impressed I am by the fact that Huntsman can speak the language).  It was a great conversation, and I must admit I couldn’t stop thinking how much I would love to grab a few whiskeys with Mary Matalin (that’s a woman who looks like she has some amazing stories to tell — especially about that fun/crazy/cool/brilliant husband of hers).  For all things This Week be sure to visit their website by CLICKING HERE.

To learn more about the brilliant story behind the “Spreading Santorum” campaign which has effectively Google-bombed Rick Santorum’s last name CLICK HERE.  For all FEELguide posts related to ABC’s This Week CLICK HERE.  To watch a brilliant interview between Charlie Rose and George Will CLICK HERE. 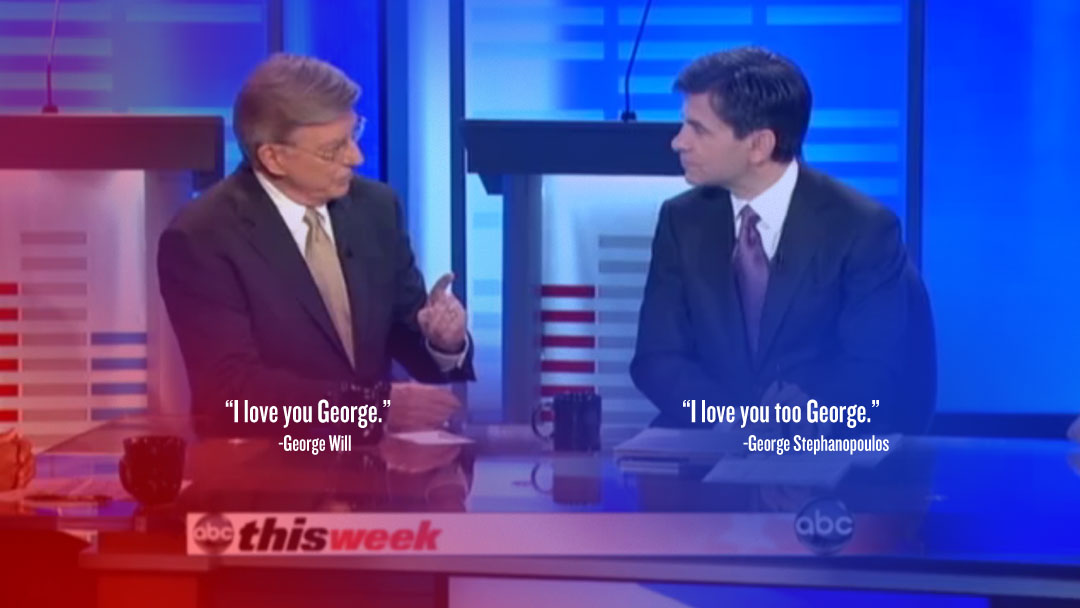 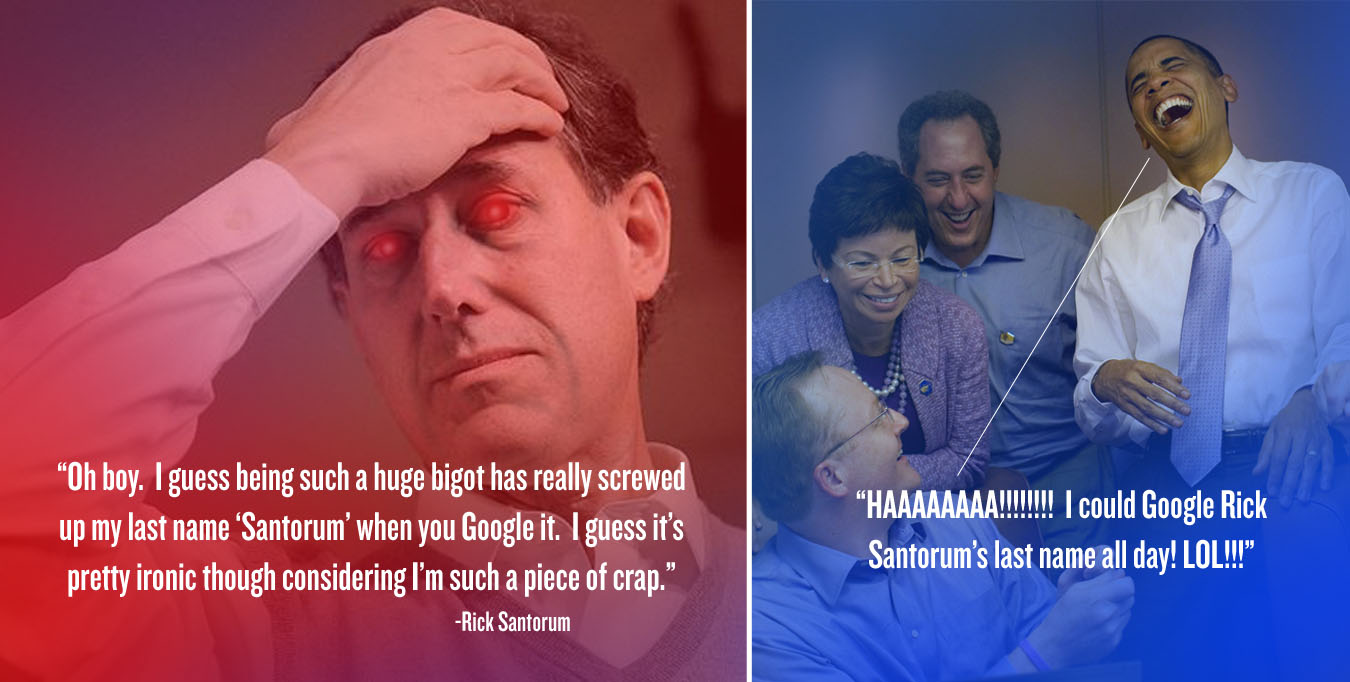 Previous post:
Once Again I Find Myself Hooked On How To Dress Well’s Transcendent “Escape Before The Rain” Next Post:
LINKguide (January 9, 2011)