I normally update my banner photos late Sunday night or early Monday morning, but this week I’m making an exception for the one-and-only Charlie Rose.  Charlie is one of the most cherished presences here on FEELguide, providing me with more inspiring stories and ideas than anyone I can think of.  His late night eponymous interview show is my favorite television program, consistently introducing his viewers to the most incredible range of guests — from scientists, to writers, to rockers, to presidents, to entrepreneurs, to entertainers, Charlie Rose is quite simply a national treasure.  Charlie Rose premiered his show on September 30, 1991, and in each and every episode he sits with his guests in the stillness of his studio, across his trademark round, oak-hewn table and silhouetted against a black background.  Only Rose and his guest(s) are allowed in the studio during taping (this is accomplished by the use of robotic cameras).

11:30pm would never be the same if Charlie wasn’t there every weeknight.  And if that wasn’t enough, Charlie is set to turn 7:00am into another patch of amazingness.  This coming Monday morning, Charlie debuts as anchor of CBS This Morning, with Erica Hill sitting in as his co-anchor for the first hour, and Gayle King taking over at 8:00am with her co-host Jeff Glor.  CBS Vice President of Programming Chris Licht, the former producer of MSNBC’s Morning Joe, has been trying for quite some time now to rebuild The Early Show to concentrate more on hard news and less on sensationalism and popular culture.  The network built a brand new multimillion-dollar studio for the revamped program, and in an interview regarding the new show, Charlie said: “I’m intrigued by the fact that they want to do it differently. They understand that their success will not lie in duplicating what’s already on morning television.”

Since the beginning of FEELguide I’ve been quite vocal about my love for NBC’s TODAY Show, but now with Charlie Rose joining the CBS morning team there’s going to be a whole lot more channel-flipping action happening from now on.  TODAY has always been miles ahead of CBS’s competing show for decades now, and enjoys a very comfortable lead over ABC’s Good Morning America as well, but if anyone can change this pattern it’s Charlie Rose.  In honor of Charlie’s debut as CBS’s brand new morning anchor, I’m dedicating this week as Charlie Rose Week On FEELguide.  Everyday for the next week I’m going to bring you a daily dose of Charlie, including the interviews of his that have inspired me the most.  Who knows, maybe I’ll decide to change the tribute to Charlie Rose Month!  CBS This Morning airs weekday mornings at 7:00am on CBS and you can follow the show on Twitter, Facebook as well as CBS.com.  And the best damn show on TV, Charlie Rose, airs weeknights on PBS at 11:30pm.  For a complete video archive of Charlie’s interviews be sure to visit CharlieRose.com and follow his show on Facebook.  I’ve also created a brand new category for Charlie Rose here on FEELguide — from now on Charlie is one simple click away in the sidebar on the right-hand side of the screen.  I should have it up and running by tomorrow! 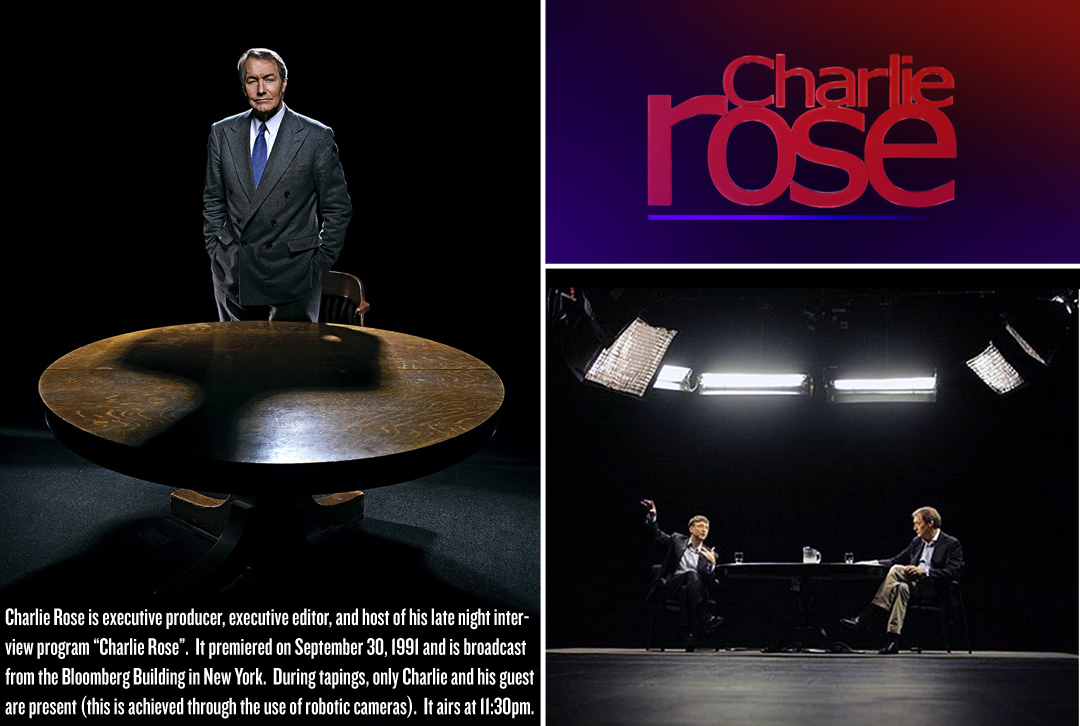 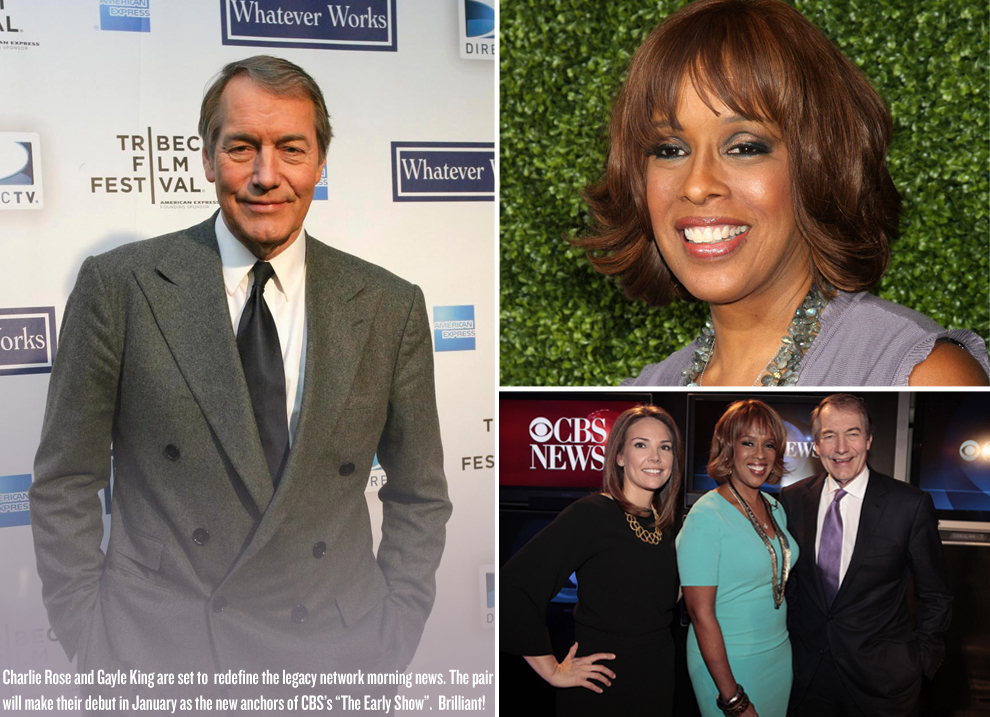 Previous post:
Vincent Gallo, UFOs, And Vitalic Shine In New Teaser For True 1800s Story “The Legend Of Kaspar Hauser” Next Post:
Someday You Will Be Mine: Saucier + Perrotte’s Gorgeous “Lac Superieur Residence” In Mont Tremblant