One of the most illuminating chapters of my life took place during the months of September to December back in 1998.  It was the beginning of the fourth year of my university career as a bright-eyed and bushy-tailed student of Architecture.  During this time I joined twenty of my closest friends for an intensive mind-expanding immersion in Rome, the crown jewel of all Western architecture.  For four months straight my friends and I worked ourselves to the bone under the militant watch of a man whom I (and countless others) consider to be one of the greatest living minds in the study of architectural history, theory, and academia — the great Tom Dubicanac.  Steeped in legend, the stories surrounding Tom’s mercurial genius were (and still are) thrust upon every student from day one of their arrival at our school.  Equally feared as he was admired during my time at Carleton, Tom’s reputation soon dissolved for me and my friends when we arrived in The Eternal City — the tight jeans, skinny frame, thick Czech accent, cowboy boots, and a mouth that could make a sailor cringe eventually gave way to reveal one of the most loving, passionate, and beautiful human beings I have ever had the honor of calling my friend.  He is, and perhaps always will be, my own personal Yoda.  Tom’s gift is his ability to look around at the world that surrounds him and take it all in through his wondrous eyes and his beautiful mind to see the things which most others cannot see.

Tom Dubicanac is by no means the only one with this gift.  Someone else who happens to be blessed with these extraordinary eyes is none other than Jason Silva.  Over the past several months I’ve discovered Jason’s work, and have come to regard the optics through which he sees our world as being amongst the clearest and wisest I have ever encountered in my life.  His perception and breadth of understanding of the human experience seems to emanate from a source of wisdom belonging to someone twice his age.  At the ripe young age of thirty, Jason Silva is fast emerging as one of the world’s brightest, most intuitively articulate minds.  A true champion of enlightenment.

Today I am beyond thrilled here at FEELguide to present to you the following series of vignettes produced by Jason where he explores various facets of the human condition.  In a world where we often find ourselves experiencing our lives in tunnel vision, moving forward on a one-dimensional linear path, Jason reminds us that the human experience is not linear — it is geometric.  Opening with his umbrella vignette “The Human Condition”, Jason lays the structure for the remaining chapters.  He explains how our own self awareness comes with a major dark side — “death anxiety” — the knowledge that our individual paths will indeed come to an end at some point.  It’s this knowledge that has led our conscious minds over the past several tens of thousands of years to discover various ways in which to make our lives as rich and meaningful as possible.  Silva breaks down four dimensions to this collective geometric raison d’être:  Imagination, Ecstasy, Beauty, and Love.  In each chapter, Silva articulates some of the most powerful and compelling ideas one could ever hope to encounter.  Not only does he explain how to unfold each of these facets as widely as humanly possible, but more importantly he explains the philosophy of why this is our species’ fundamental responsibility and destiny.  Imagination: technological and scientific breakthroughs have brought us too the very edge of merging with the realm of infinite possibilities, so strap on your seatbelts;  Ecstasy: the maximization of cathartic experiences by any means possible;  Beauty: through the idealization and transformation of the world around us we arouse our “symphonic climax”;  Love: to exceed your totality and “spill over”, resulting in what is perhaps the closest a human being can get to experiencing immortality in your physical form.

So sit back, take a deep breath, and for the next several minutes turn off the noise of your waking life and take a moment to join Jason on a journey through the very meaning of life.  If you listen closely you’ll realize you have the very same pair of eyes that he does.  All you have to do is open them.

For more amazingness from Jason be sure to follow him on Facebook and Twitter.  And I’m pleased to announce that as of right now I’ve given Jason his very own FEELguide category which you will easily find from now on in the category listings on the right-hand side of the screen.  Jason joins the ranks of the other four individuals who have inspired me enough through the years that I want to make sure they’re as close as one categorical click away from me at all times: the late great journalist and writer Christopher Hitchens, the greatest living actress and champion of glamor in the universe Tilda Swinton, the funniest woman I have ever known Amy Sedaris, and neuroscientist and philosopher Sam Harris.  So without further ado I give you Jason Silva on FEELguide! 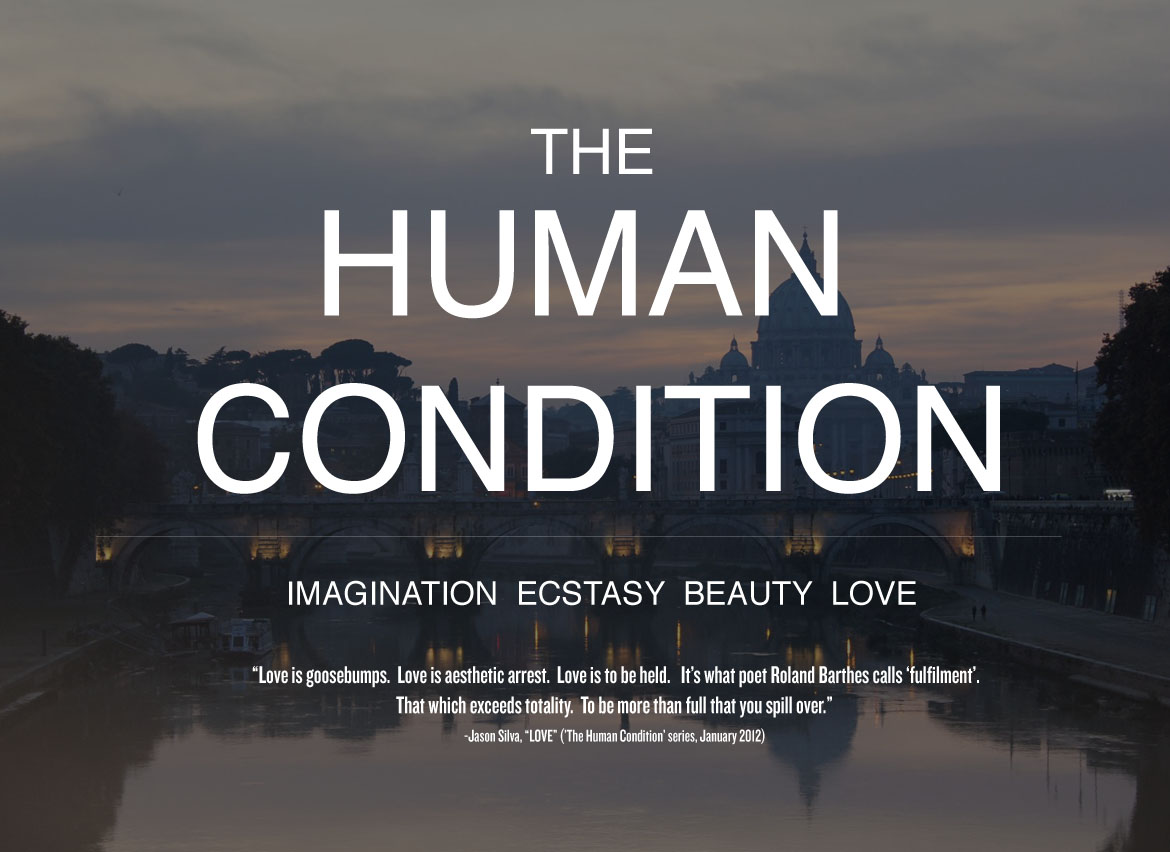 Previous post:
Want To Hear What The Future Sounds Like? Listen To 4 New Tracks From Mystery Producer EVIAN CHRIST Next Post:
Watch NBC Nightly News’ Fascinating Report On The Fall Of Cancer-Related Deaths In America