What Do Gloria Steinem And Nirvana’s “Nevermind” Have In Common? CLUE: It Starts With The Letter ‘Q’

The last time I couldn’t get out of the car whilst being riveted by a radio interview was this past summer when I was listening to Scott Thompson of Kids In The Hall recount one of the most fascinating (and majorly goosebumpish) stories I have ever heard.  You can listen to it by CLICKING HERE.  And last Friday while on my way to my family’s it happened again.  This time I was pinned to my seat thanks to interviewer extraordinaire Jian Ghomeshi and his brilliant radio show ‘Q’ on CBC Radio.  In my opinion — and millions of Canadians would agree with me here — Jian is Canada’s preeminent interviewer.  His program is consistently inspiring, informative, and A+.

What had me hanging on every word was in fact two conversations: the first with writer, journalist, and legendary activist Gloria Steinem.  Steinem was visiting Jian’s Toronto studio to talk about her life story which is chronicled in the new HBO documentary Gloria: In Her Own Words (she also shares her entertaining and thoughtful insights into the significance of Samanta Jones and the characters from HBO’s Sex And The City, the problem with autographs, and how feminism is just beginning: “From what we can see of history, movements do seem to have to last about a century before they’re really fully absorbed by culture.”)  Following on Gloria’s heels is an interview with Nirvana bassist Krist Novoselic and a fascinating discussion about the 20th anniversary of Nirvana’s revolutionary album Nevermind, and the revealing backstory of how the album came to be and what was going through the minds of the band members in the months leading up to and following the release of the record that forever altered the course of music history.

To learn more about the Gloria Steinem HBO documentary be sure to visit the amazingness that is HBO.  For more information on the 20th anniversary re-release of Nirvana’s Nevermind simply head over to Pitchfork.  Below I have also attached the trailer for the Steinem doc, as well as the absolute must-hear Sirius XM interview between Jon Stewart and the surviving members of Nirvana.  For access to Jian Ghomeshi’s outstanding archive of ‘Q‘ interviews you can visit his website by CLICKING HERE. 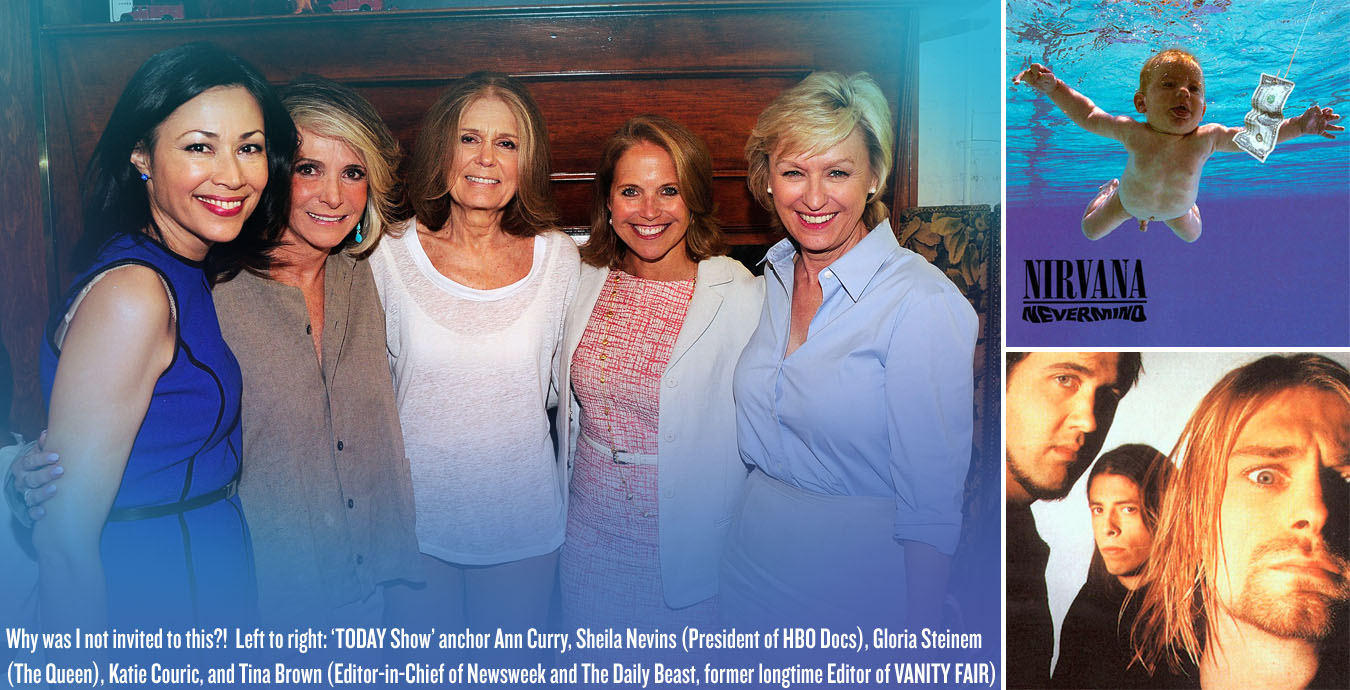