When David Fincher‘s SE7EN premiered in September 1995 it instantly became a classic.  Not only did the film have an unprecedented impact on our cultural psyche, it introduced us to a style of filmmaking the likes of which we had never seen before.  It was the first time that David Fincher got under my skin and left his mark from the inside out.  The latest mind-shattering addition to his blazing trail is the breathtaking new film The Girl With The Dragon Tattoo.

I have to admit when my friends and I were going through the list of movies to see last night, this one was not at the top of my list.  I love Fincher more than anyone, but I had been so turned off by Dragon Tattoo’s constant appearance in the press over the past couple years that I wanted nothing to do with it.  From the original book, to the smash hit Swedish film version, to the news of the American remake, to every single incessant detail about the project, the sequels, etc. — enough already!  The same thing happened to me with the Harry Potter franchise, and to this day I have yet to see even one of those films in full.  Consider it my way of staging a silent protest against the corporations responsible for bombarding me with too much of their product.  You shove too much in my face and I will shove it right back, thank you very much.  Needless to say, a big part of me did not want to like Dragon Tattoo — but then I watched it.

From the very first second I was entranced by this film.  Wickedly cool opening title sequences have become so de rigueur of late that in some cases they set up the viewer for an anticlimax by blowing the wad in the first three minutes, leaving nothing more than two hours of free-falling dénouement.  Not to worry with this one — the deliciously black opening sequence features Trent Reznor‘s eerie cover of Led Zeppelin’s  Immigrant Song and serves as an exceptional pace car for the rest of the film.  As a matter of fact, Tattoo accelerates from thereon in.  There is a huge amount of information to be conveyed to the audience over the course of the next 158 minutes, but Steve Zaillian‘s screenplay never once drops the ball.  Zaillian (Moneyball, Mission: Impossible) deserves major credit for his ingenious ability to load the viewer with this wealth of details without us even realizing it.  These words are brought to vivid life with Academy Award winner Donald Graham Burt‘s production design stealing every scene: from the chilly guest house where Daniel Craig’s character holes up, to the gorgeous (albeit antiseptic) glass pavilion home perched atop the estate of the wealthy Swedish industrial dynasty, to the memorabilia-filled dusty home of a wrinkly old Nazi.  Trent Reznor and Atticus Ross add a spine-tingling electromagnetic field to the film with their impressive score, which combines with Fincher’s signature visual style (and one phenomenal performance from Rooney Mara) to make up what is one of the most incredible movies I have seen in ages.

When I left the theater after seeing Dragon Tattoo one of the first thoughts that came to mind, apart from Fincher’s staggering accomplishment, is the fact that we are witnessing the history of film being written before our eyes.  David Fincher’s contribution to the world of cinematic storytelling is quite simply astonishing, and knowing that we have so much more brilliance to look forward to from this living legend is an incredibly exciting thought.  From Fight Club to SE7EN to The Social Network to his newest masterpiece — each and every one of his films are forever tattooed in my mind. 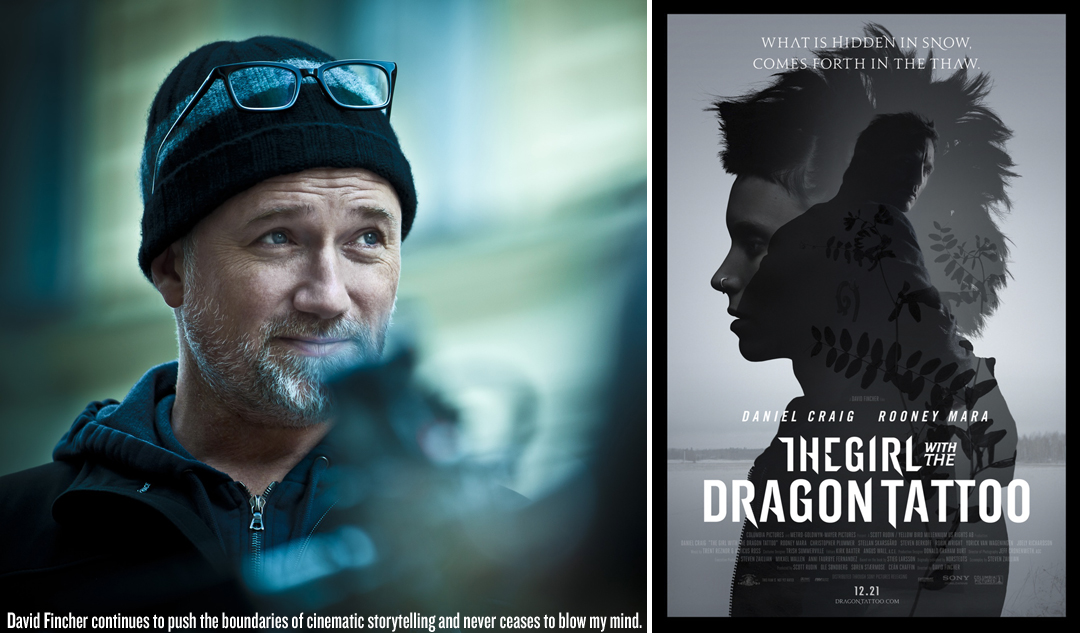 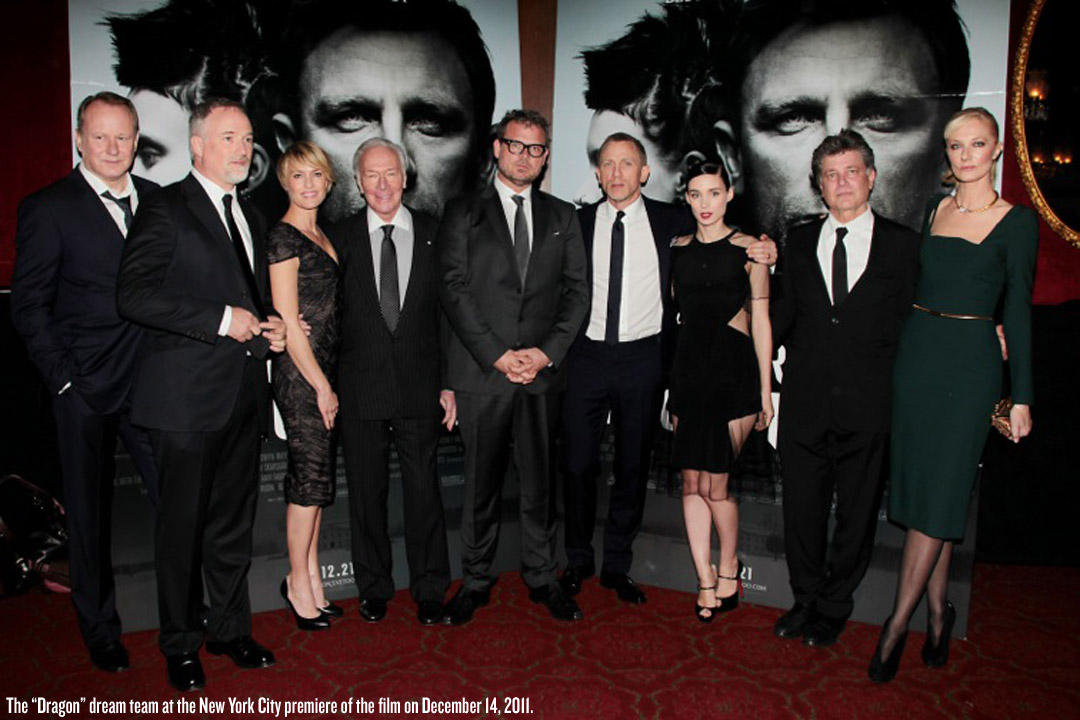 Previous post:
This Amazing Montauk Lakefront Home Designed By Robert Young Architects Has Me Dreaming Of Summer Next Post:
The Facebook Factor: The World’s Top Social Network Cited As Reason For One-Third Of All UK Divorces