NO FEAR OF POP posted this amazing video yesterday for Brothertiger‘s incredible track “Lovers” and I’m pretty much obsessed.  Brothertiger is the moniker of Ohio-based producer John Jagos who crafted every single layer of goodness of what you’re about hear (i.e. vocals, synth, electronics).  As on critic describes, “In just a few short years, Brothertiger has developed a nuanced sound that blends the human and animal elements suggested by its name.”  As a live performer in the Athens, Ohio house party scene, he’s gained a reputation for intense joyfulness.  His trajectory to chillwave megastardom has been accelerated by some major love from some of his more high profile fans at Pitchfork and FADER, among others. For all things Brothertiger be sure to follow him on Tumblr, LastFM, MySpace, Twitter, MushRecords.com, CollectiveCrowdRecords.com, BanterMM.com, and Facebook. 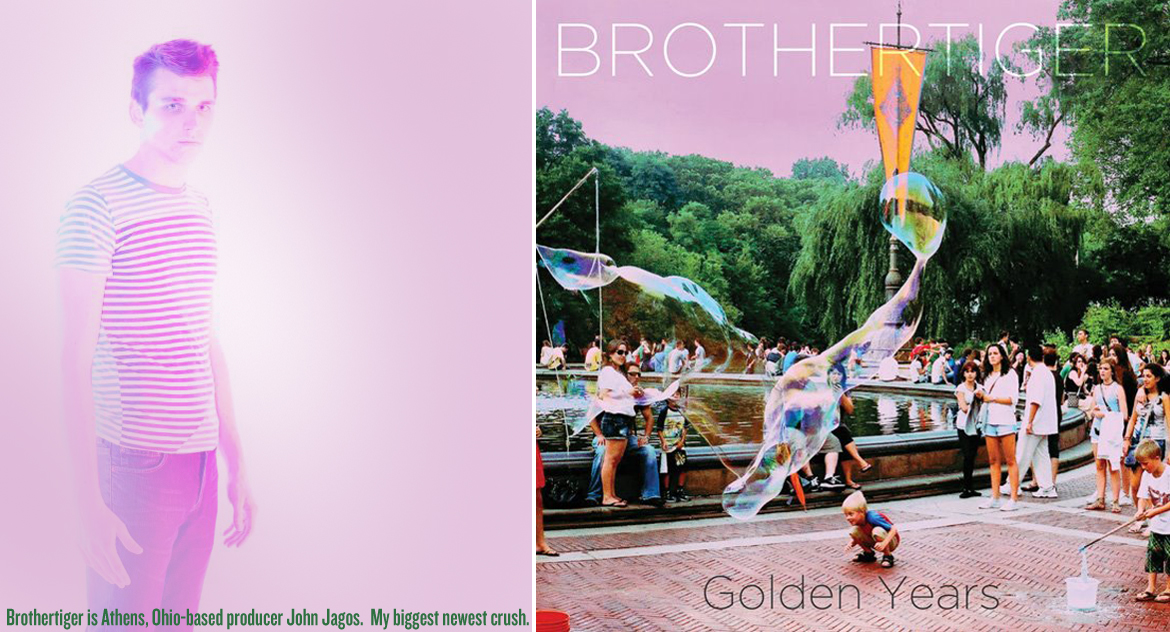