Popular Science recently profiled this brilliant transformer robot design named MorpHex.  It is the brainchild of Norwegian engineer Kare Halvorsen, a robot designer (also known as Zenta) who chronicles his work on his blog Robot-Kits.org.  The robotic creature can curl up in a ball as it waits for a command, or unfold its servo-powered limbs and move in any direction it chooses, very much like a crab.  Halvorsen’s design began with a Toys ‘R’ Us globe he purchased and cut up into fragments, and the final result you see below contains 25 servos and a Basicmicro ARC-32 board.  MorpHex is not yet programmed to roll, but that is the next phase of the robot’s evolution.  I’m always keeping an eye out for interesting robot designs, and this one stood out miles ahead of the rest.  As you watch the video below, notice how the robot shuts down when Halvorsen prods it with a stick.  Amazing work. 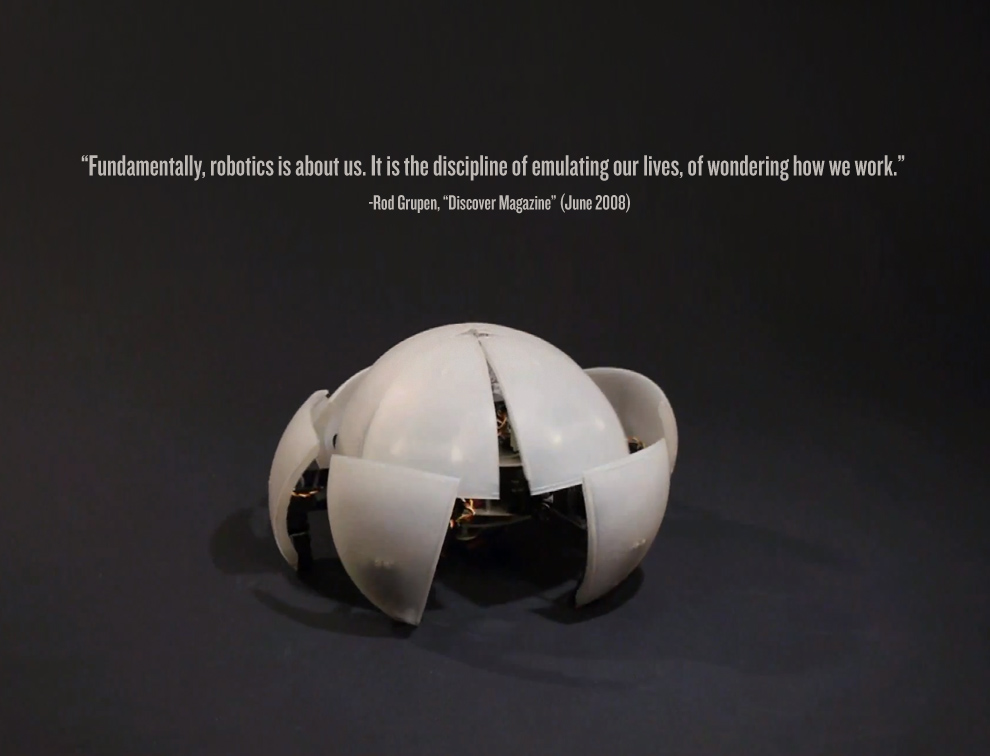