Have No Respect For Taylor Swift? You Might After You Watch This Remarkable “60 Minutes” Feature Profile

In 2011 it’s easy to glance over the boundless crop of young pop stars and assume they’re all brainless pawns who have sold their souls to the recording industry, graciously allowing themselves to be involuntarily manipulated like marionettes.  Take a closer look, however, and you will see a young woman front-and-center named Taylor Swift, who is rejecting this matrix and fashioning one all her own.

In order to appreciate what Swift is achieving in her industry, one needs not be a fan of her music.  Although this is an essential quotient to her success (her music is primarily aimed at young girls, their mothers, and young twentysomething women), the true genius of Swift’s achievement is rooted in three things: her undeniable talent, her personal conviction about her message and her craft, as well as the fact that unlike her counterparts, Swift is 100% in control of her enterprise — she is her own manager.  I recently watched this 60 Minutes feature profile of Swift’s life and was completely riveted from the very beginning.  It is quite simply an astonishing story, and one that has forever changed my perception of a young woman who is not only living her dream as a pop star, but as a powerful businesswoman as well.

Yesterday, Forbes ranked Taylor Swift as the second highest-earning woman in music for 2011 with annual earnings of $45 million (Lady Gaga reached #1 with $90 million, and Katy Perry at #3 with $44 million).  Earlier this year Forbes ranked Taylor Swift as the 7th most powerful celebrity in the world based on earnings, net worth, as well as overall international media visibility in print, television, radio, and online.  In 2011, Billboard named her woman of the year. 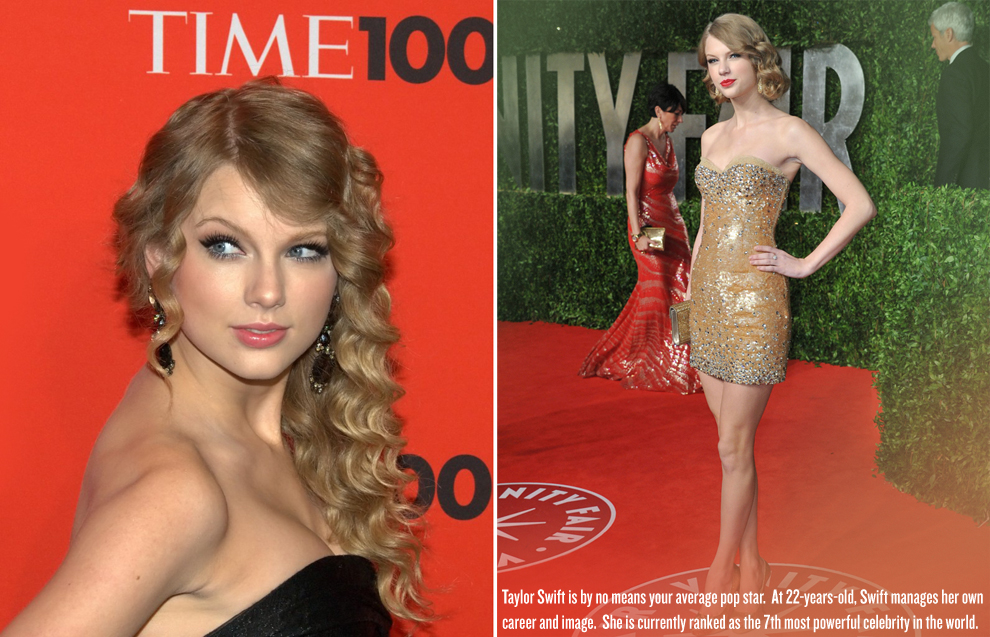 Previous post:
Standing Still Is Impossible When You Listen To Craft Spells’ “You Should Close The Door” Next Post:
Off Without A Hitch: Celebrating The Incredible Life And Mind Of Christopher Hitchens (1949-2011)