The “Hind House” Of England Is Not Only Beautiful, It Also Turns The Seasonal Flood Into A Celebration

Before the home you see below was built, its owners had originally moved into a plain old 1970s brick and tile house near this very same spot on the banks of the Loddon River in Wargrave, Berkshire, England in early 2005.  They quickly got tired of the house and approached John Pardey Architects to design a new home from scratch.  Not only did they get a new home, but the resulting “Hind House” has design lovers around the world nodding their heads with a collective “Nicely done!”

The 2,604 square foot home’s concept is separated into 3 parts: an open living space, a guest room (which also becomes a gym); and the bedroom area.  The overall wing effect adopts a pinwheel form, and the entire ensemble is raised on columns to accomodate the seasonal flooding of the river which rises to a depth of just over one meter, turning the deluge into something to celebrate and look forward to rather than a disaster.  A charcoal zinc-clad wing is pushed outwards to wrap a staircase, with a window-filled room off to the side which contains the guest suite/gym combo.  The stair leads to the front entrance which opens to a central hall space — this is the day room which opens to the outdoor living space complete with a hot tub.  Following the zig-zag of the pinwheel, a second staircase then leads you down to a garden deck with a boardwalk that arrives at a landing stage on the river’s edge.  The house is “intelligent” as well, with a central computerized system in constant control of heating, lighting, solar control, A/V installations, etc.  And the walls, floors, and roof are insulated with sheep’s wool, resulting in incredible energy efficiency.

The carefully considered materiality will also age like a fine wine, developing a patina which will become more and more beautiful with each and every year.  To learn more about the home be sure to visit ArchDaily.  And for more information on the designers you can visit their website at JohnPardeyArchitects.com.  For more great designs such as this one, check out FEELguide’s Architecture archive. 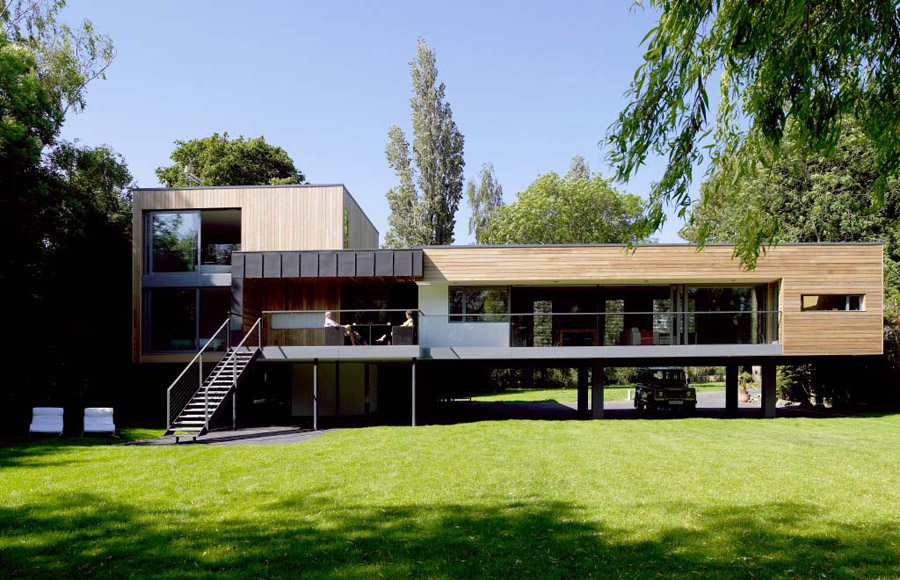 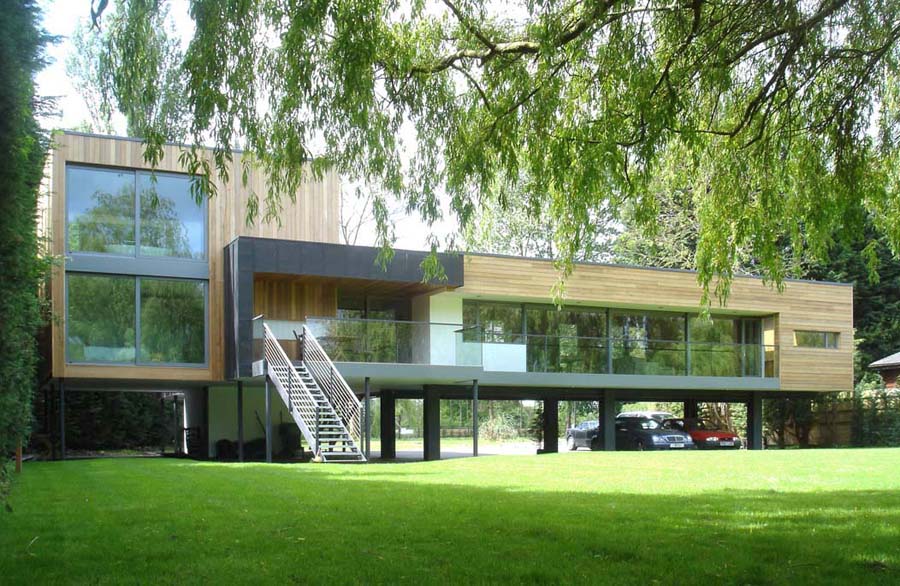 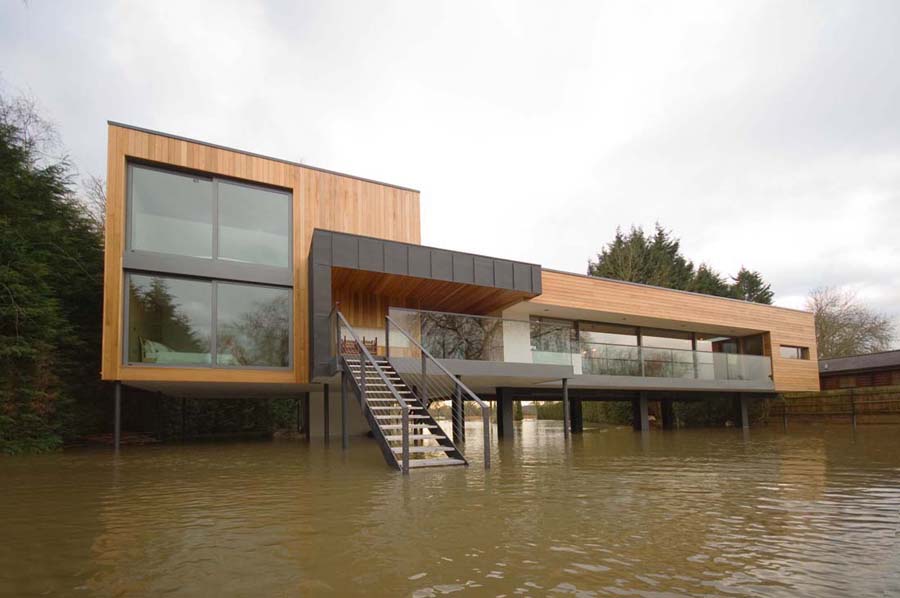 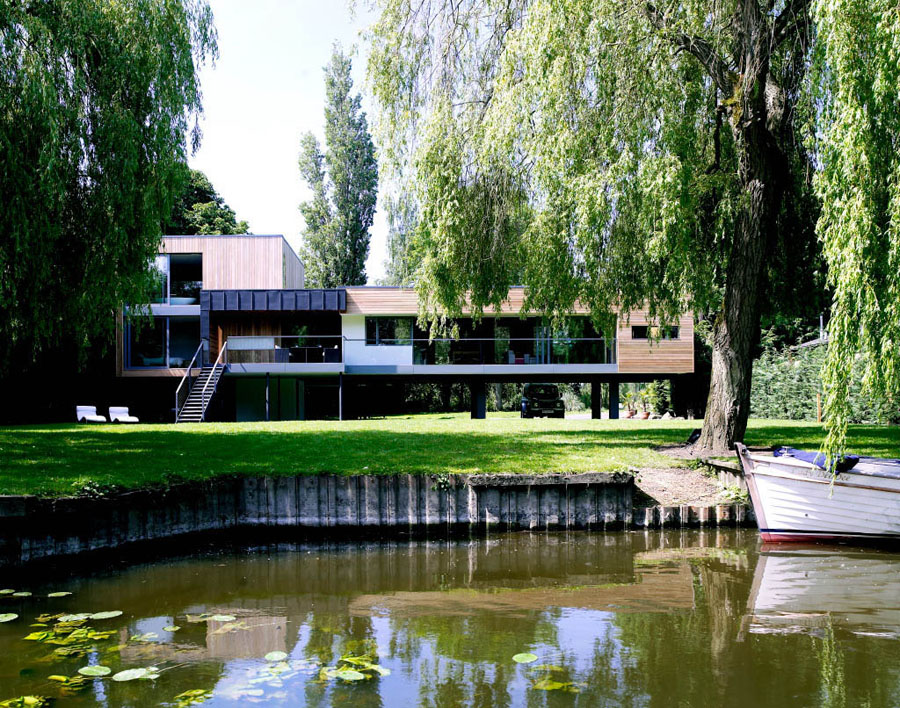 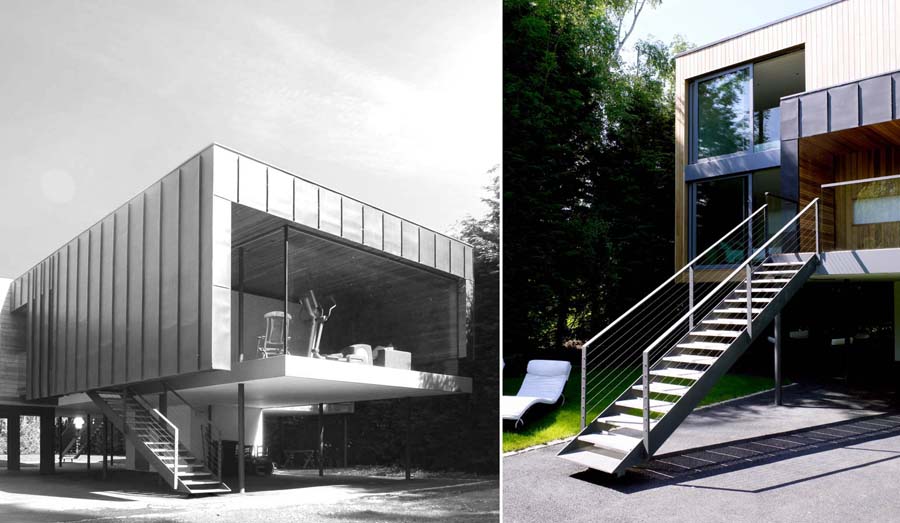 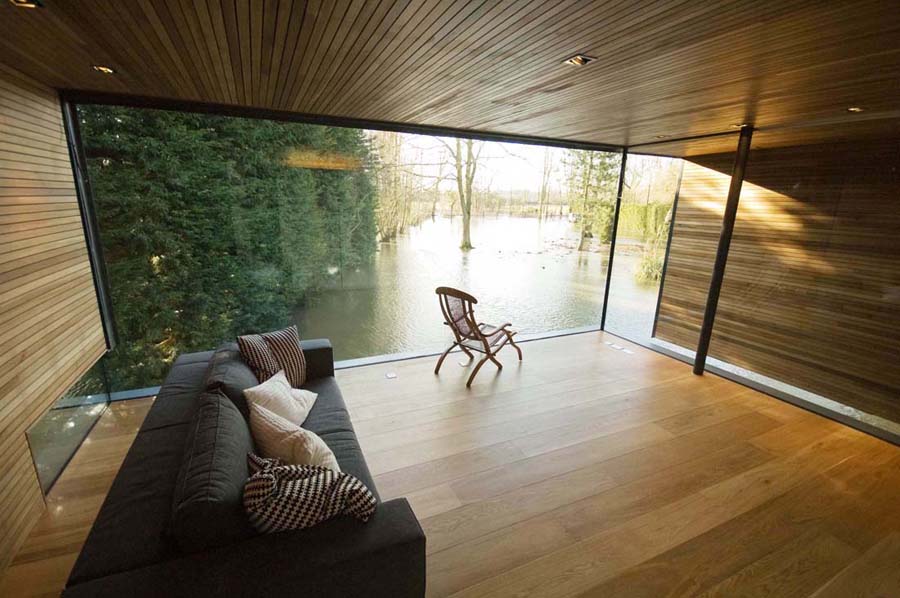 Previous post:
Listen To Mozart Parties’ New Track “Where Has Everybody Gone?” As Well As The Remix By Elite Gymnastics Next Post:
Watch This Amazing Interview Between Charlie Rose And General Jim Jones About Pakistan And Iran