Giovanni Battista Piranesi (1720 – 1778) was an Italian artist famous for his etchings of Rome and of his fictitious underground “prison” etchings known as the Carceri d’Invenzione.  The remains of Rome provided an endless source of inspiration for Piranesi, and his masterful ability to “rebuild” the ruins into their full glory was mixed with his passion for reassembling the elements with other ruins and objects from various parts of the city — as well as taking liberty with scale — to create the fantastical worlds he is now so famous for.  Piranesi’s dramatic use of light and shade added a depth of intrigue and mythological aura to his depictions of the city, and his work is widely regarded as having shaped the very beginnings of modernism.  There isn’t one drawing from Piranesi that hasn’t captivated my attention and revealed new discoveries each and every time I lay my eyes on it.  A body of work as breathtaking as it is timeless. 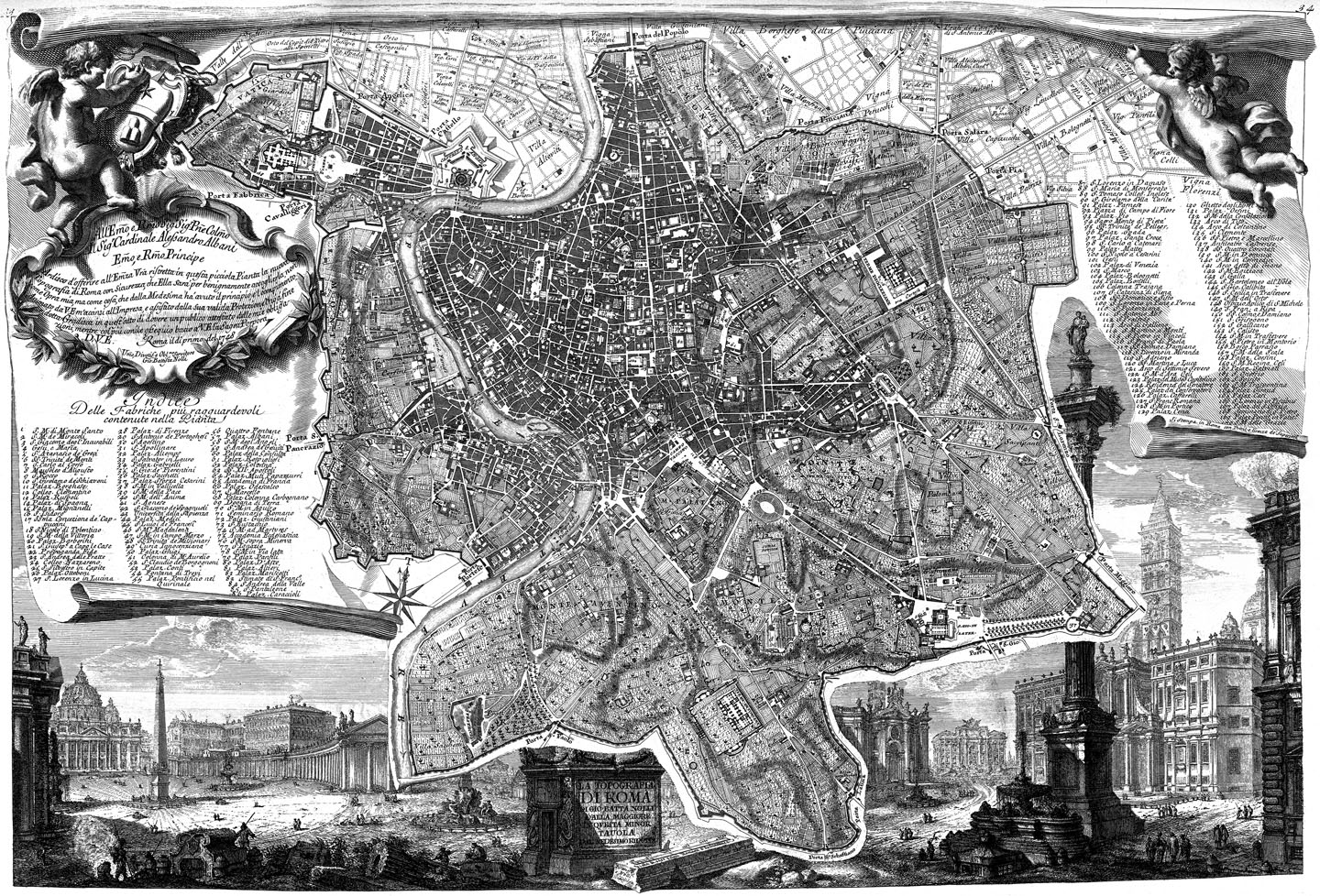 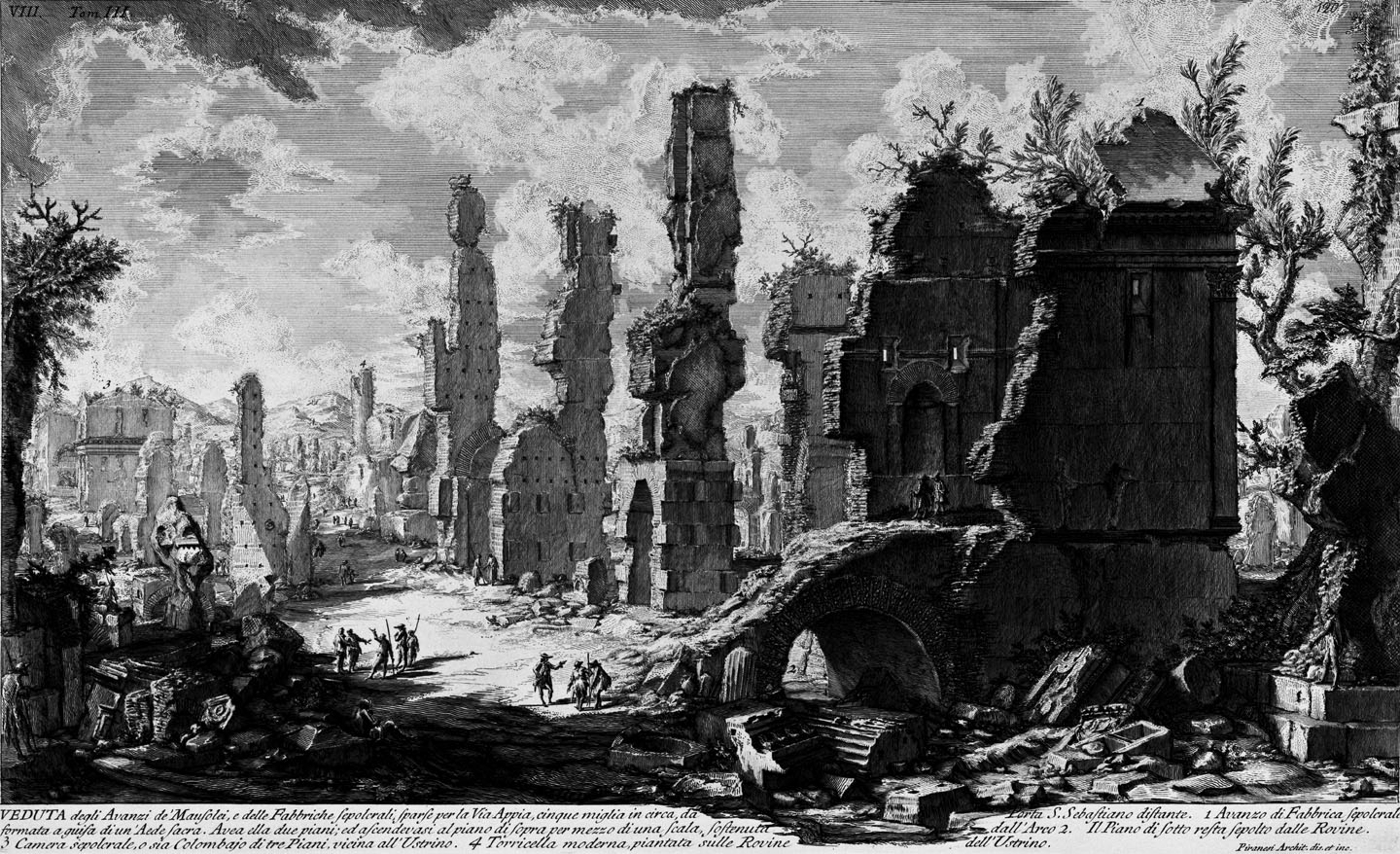 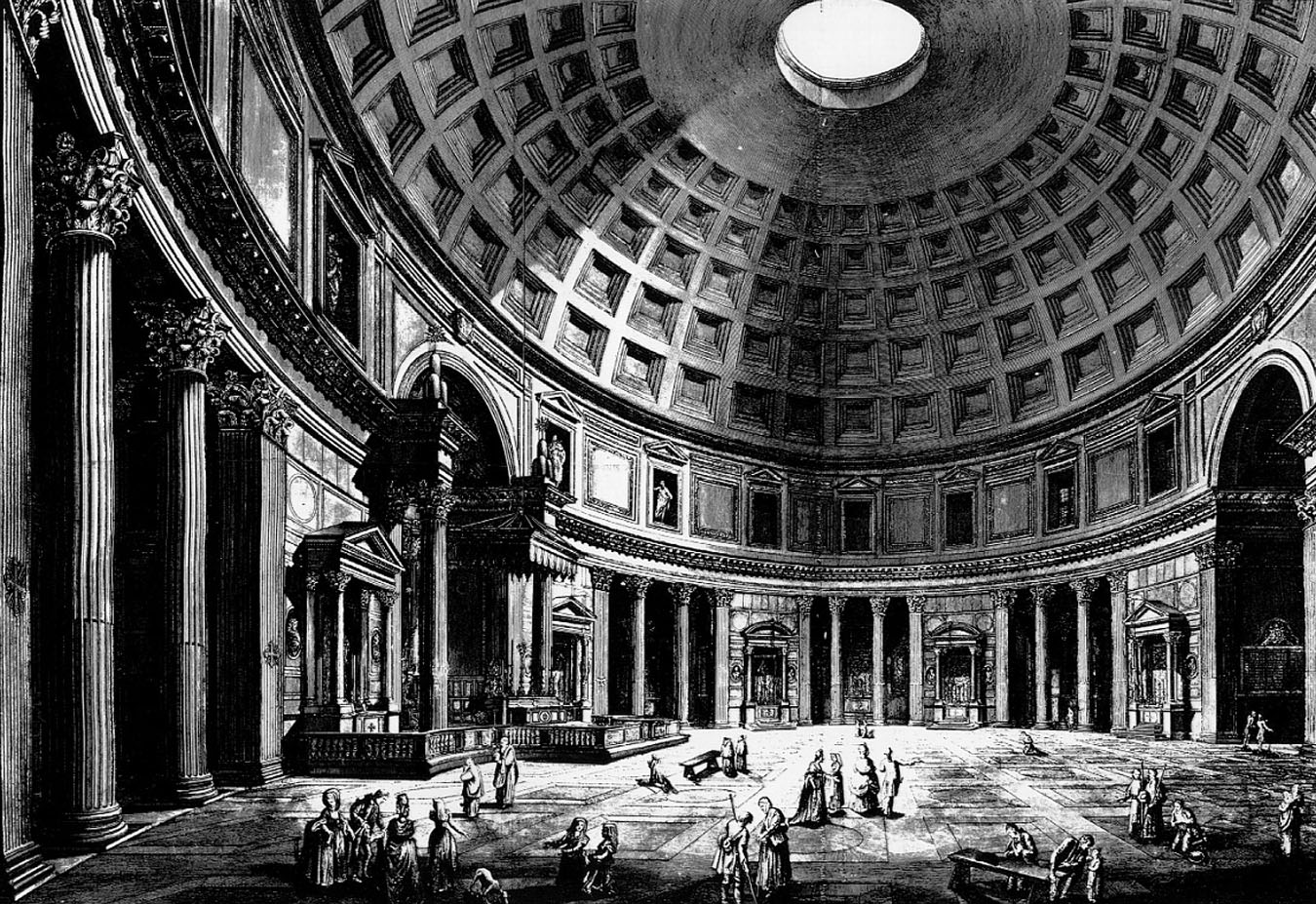 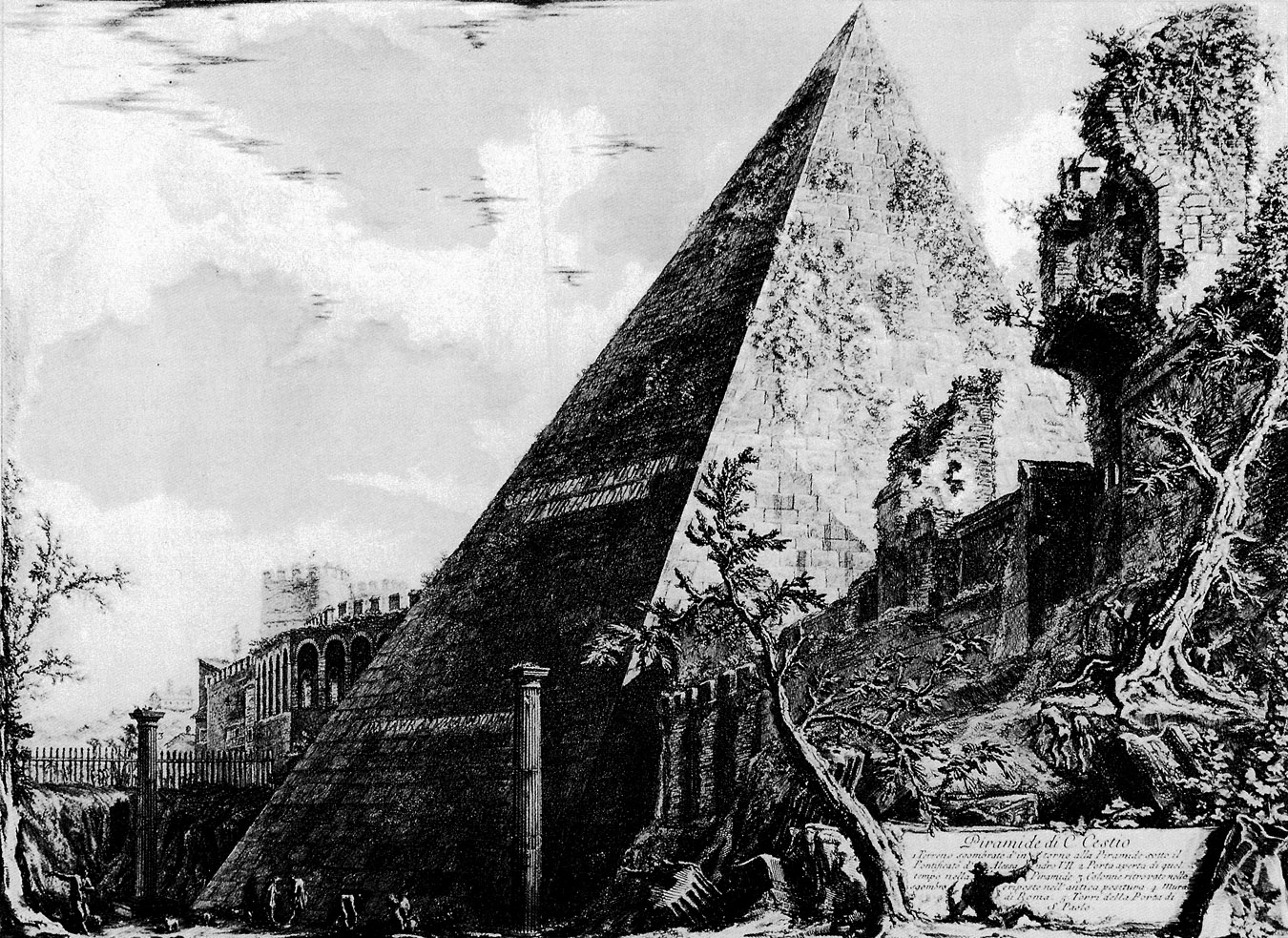 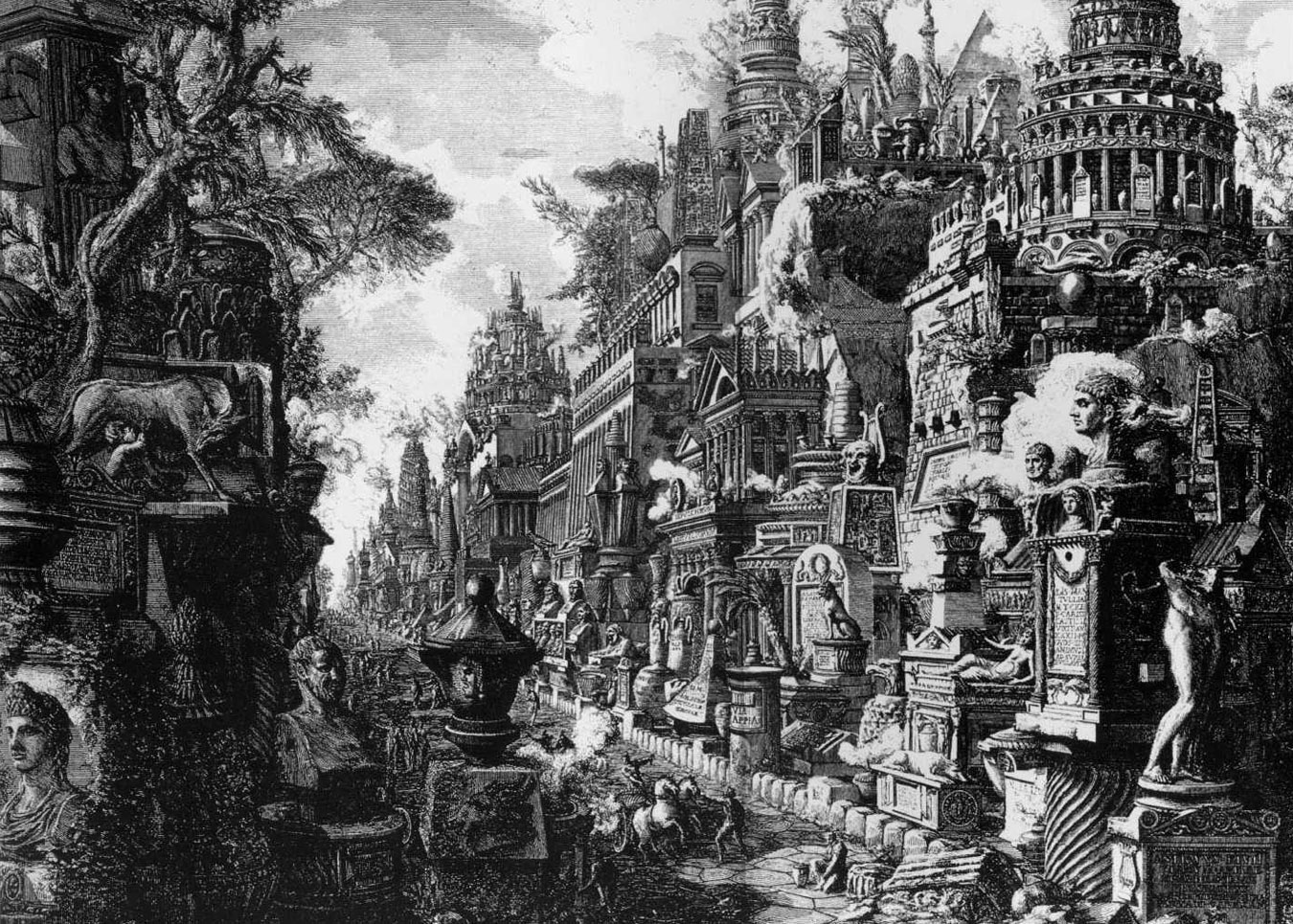