Bill Cunningham New York and Project Nim are among the 15 documentary features to advance in the category for the 84th Academy Awards.  Rounding out the lucky group are the following: Buck, Paradise Lost, Story of the Earth Liberation Front, Jane’s Journey, The Loving Story, Paradise Lost 3: Purgatory, Pina, Semper Fi: Always Faithful, Sing Your Song, Undefeated, Under Fire: Journalists in Combat, and We Were Here.

Making the top 15 is already a huge achievement for any filmmaker, considering that 124 documentaries had qualified for the award this year.  But, as always, the selection has been met with controversy.  Notably missing is The Interrupters, from Steve James, the director whose Hoop Dreams was snubbed in 1995, sparking a backlash that changed the way the Academy picks documentaries. Other absences of note include Asif Kapadia’s Senna (this is particularly frustrating to me because this film blew my mind); Werner Herzog’s Into the Abyss, and a pair of other high-profile Sundance docus, Morgan Spurlock’s The Greatest Movie Ever Sold and Michael Rapaport’s Beats Rhymes and Life: The Travels of a Tribe Called Quest.  But not everyone can win, which is why I’m throwing my support behind the amazingness that is Bill Cunningham New York, not only one of the best documentaries I’ve seen all year — it’s one of the best movies of 2011, period.

The Academy of Motion Picture Arts and Sciences will announce nominations for the 2012 Oscars live on Tuesday, January 24 at 8:30 am EST from the Academy’s Samuel Goldwyn Theater.  The 84th Annual Academy Awards will take place on February 26, 2012.

SEE ALSO: The Rave Reviews For “Bill Cunningham New York” Make Me Wish I Didn’t Have To Wait One Day Longer To See It
SEE ALSO: “Project Nim” Documentary Profiles The First Chimp To Learn Sign Language, And The Associated Emotional Risks
SEE ALSO: F1 Racing Documentary “SENNA” Is The Very First Sports Film Aimed At Art House Crowd (And They Love It) 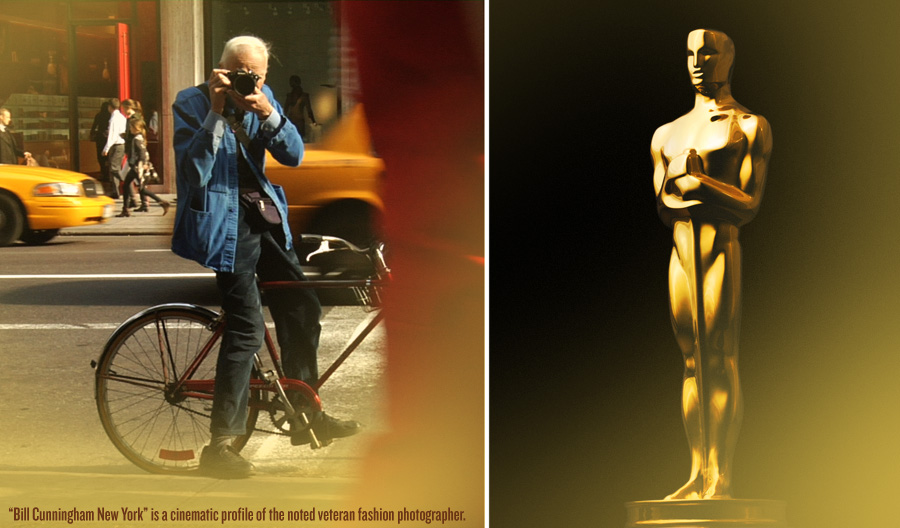 Previous post:
Watch This ABC News Interview For A Terrific Grasp Of Iran’s Nuclear Program And How To Stop It Next Post:
Carl Sagan’s Videos Will Send Your Heart Reaching For The Stars (And Maybe A Box Of Kleenex Too)