One of my favorite living designers is renowned French architect Jean Nouvel.  For his recent commission to design the huge new Sofitel Vienna Stephansdom Hotel, he teamed up with visual artist Pipilotti Rist.  Nouvel’s admiration for her renowned body of work as a conceptual artist has led to one of the most stunning and colorful collaborations in architecture and visual art that I’ve seen in recent memory.  Located throughout the hotel, visitors are dazzled by the trademark bold artistry of Rist in the illuminated ceiling and video panels that inject a brilliant candy-like, almost hallucinatory atmosphere into the carefully considered and colder crystalline structure.  My new fascination with Rist and her work led me to an in-depth feature profile of her life and work by The New York Times from November 2009.  They caught up with her as she and her team were two weeks into setting up a retrospective of her work in São Paulo, Brazil:

… Rist, who lives and works in Zurich, pursues this goal with a kind of missionary zeal and a stupendous work ethic born of her Swiss Protestant upbringing. After a few fallow years beginning in 2000 when she says she felt burned out as an artist and moved to Los Angeles to teach, she has roared back and, at 47, is an undisputed star, one of the most-sought-after artists of her generation. At the same time that she was mounting the MoMA exhibition, she was completing the editing of her first feature-length film, Pepperminta, which made its debut in September at the Venice Film Festival and has been received so far with mostly positive, if perplexed, reviews. (VARIETY predicted that its commercial prospects would be “as flat as a stick of Doublemint gum.”) When I first met her a couple of weeks after the debut, she gave me the beginner’s summary of the hallucinatory plot, which she conveyed with all the gravity of someone synopsizing Citizen Kane: “It is about a young woman and her friends on a quest to find the right color combinations and with these colors they can free other people from fear and make life better.”

… Criticism of Rist’s work, to the degree that there has been much, has usually focused on the concern that it is too colorful and friendly, especially in the realm of video art, whose roots lie mostly in using television-like images as a cudgel to knock people out of the trance largely fostered by television itself. (Take, for example, “Think,” Bruce Nauman’s 1993 wickedly simple work, which consists of images of his head bouncing toward each other like basketballs on two stacked monitors as he shouts “Think!” over and over at the viewer.)

Some people complained that Rist’s work, especially in its early days, was too close to the experimental end of the music-video world, the kind of thing you wouldn’t have been surprised to find in the wee hours back on MTV’s “120 Minutes.” But in many ways this is what Rist, who speaks of her admiration for the work of music-video auteurs like Michel Gondry and Chris Cunningham, was after. She has always viewed art as a kind of bonus track, something that should openly seek to cause joy and that we should be happy to discover, like a gift, on the regular song list of life. In one of her often-repeated observations about video work, she compares it to the capaciousness of women’s handbags — with “room in them for everything: painting, technology, language, music, lousy flowing pictures, poetry, commotion, premonitions of death, sex and friendliness” — a woman’s canny update of Matisse’s already canny statement about wanting his art to be like a comfortable armchair for the tired businessman.

Rist often speaks about her distress that over the last 40 years or so, at least since the rise of Conceptualism, the gulf between the world of contemporary art and the world in general seems to be widening, with art viewed by too many people as some kind of parochial game played among artists, institutions and collectors. “When I see a really good work of art, sometimes I could just cry because more people aren’t going to know about it,” she says.

To read this terrific feature profile of Pipilotti Rist in full be sure to visit The New York Times.  To learn more about the fascinating work of Rist you can visit her website at PipilottiRist.net.  For more information on the design of the Vienna Sofitel, including the contribution made by French landscape architect Patrick Blanc and his vertical interior garden which houses some 20,000+ species of plants, as well as photos of Nouvel’s minimalist room interiors, simply head over to Dezeen.  And to learn more about the life and work of acclaimed architect Jean Nouvel you can visit JeanNouvel.com.  If you find yourself in Vienna and need to stay at one of the newest and most stunning hotels in Europe you can visit the website of the Sofitel Vienna Stephansdom. 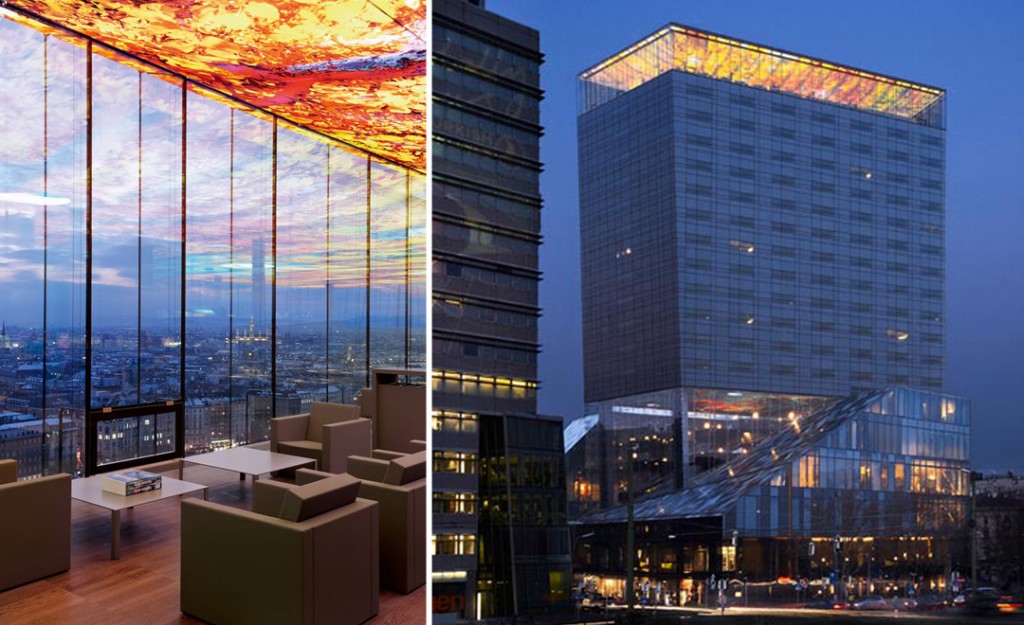 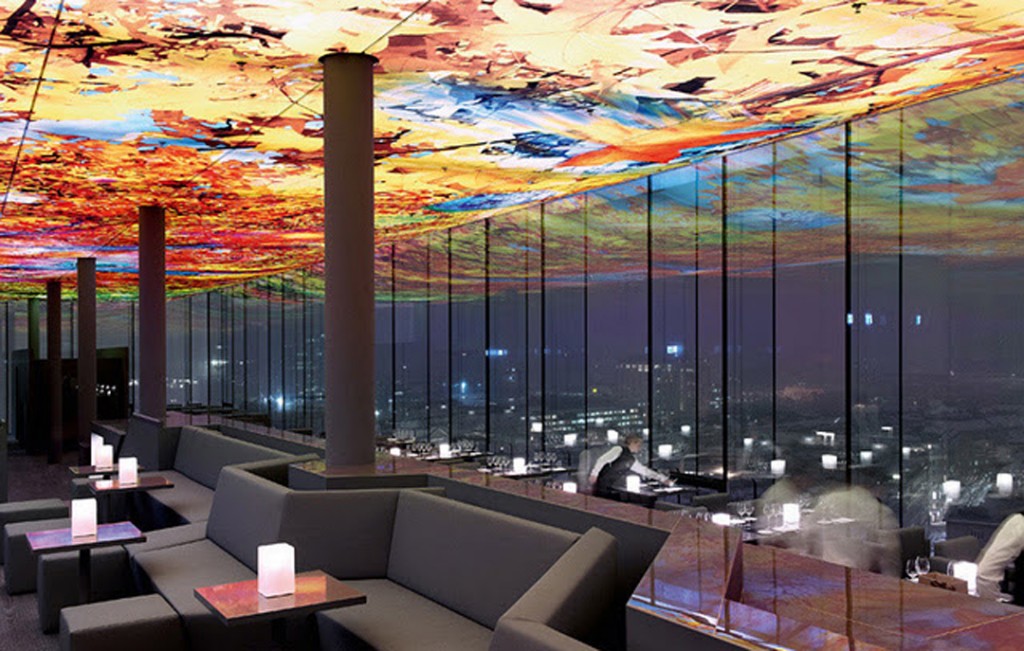 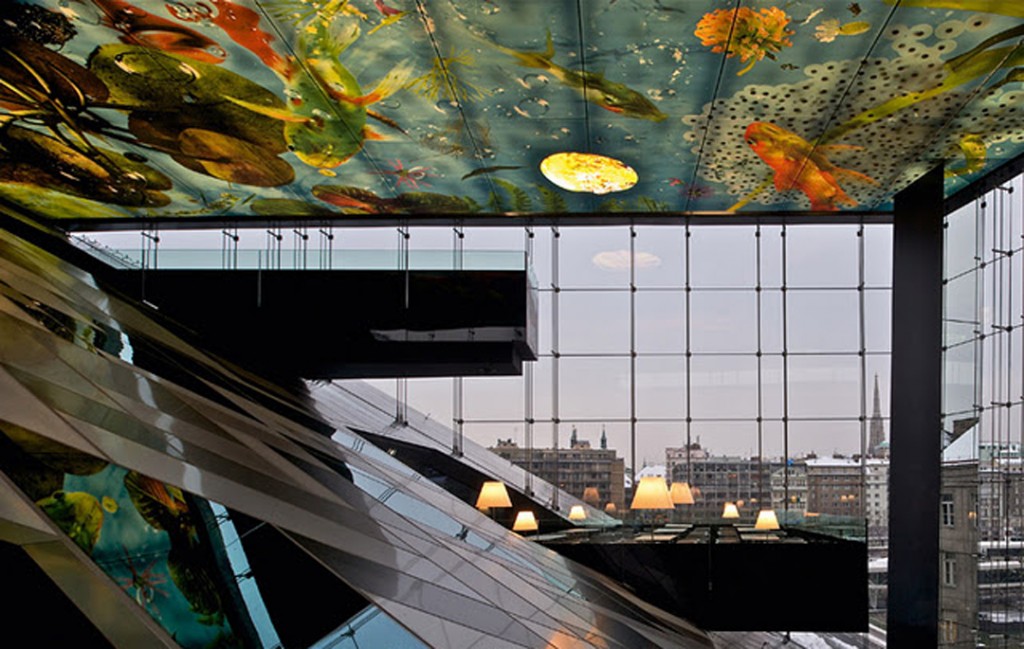 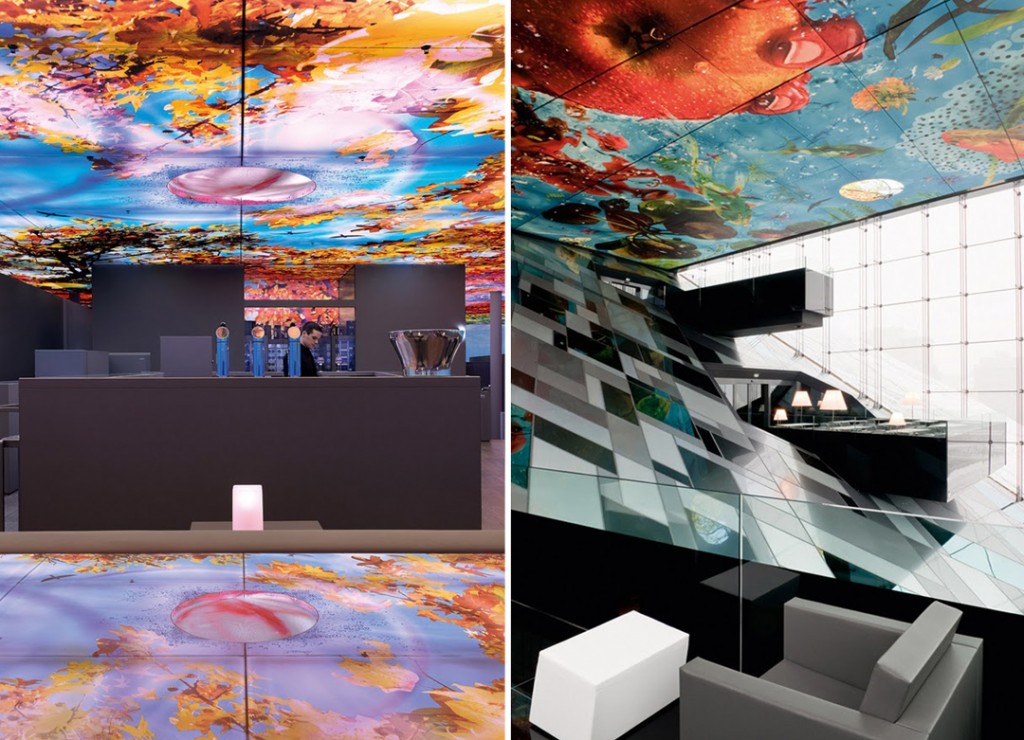 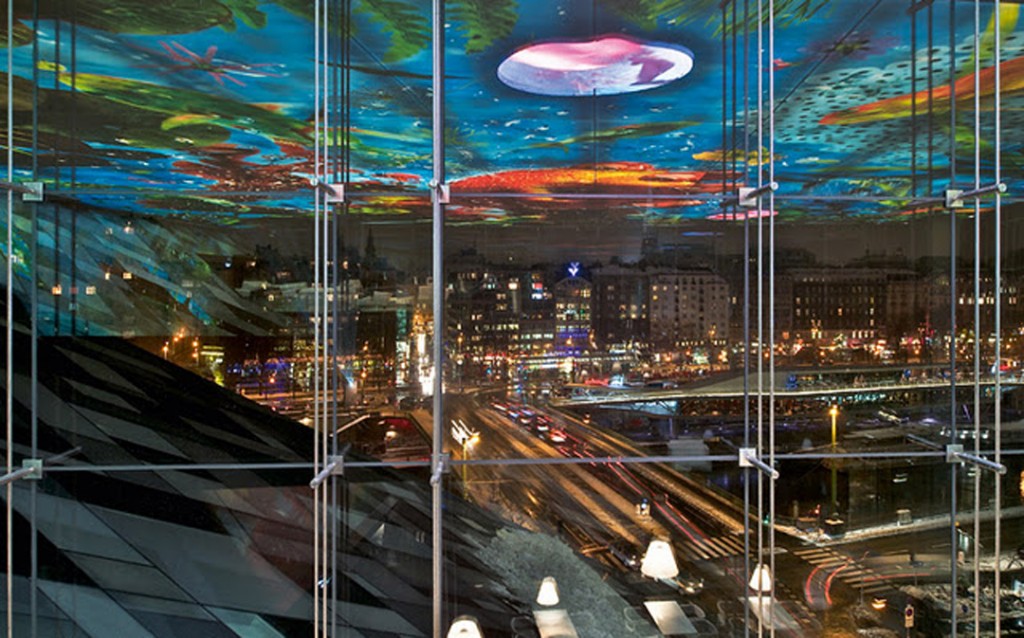 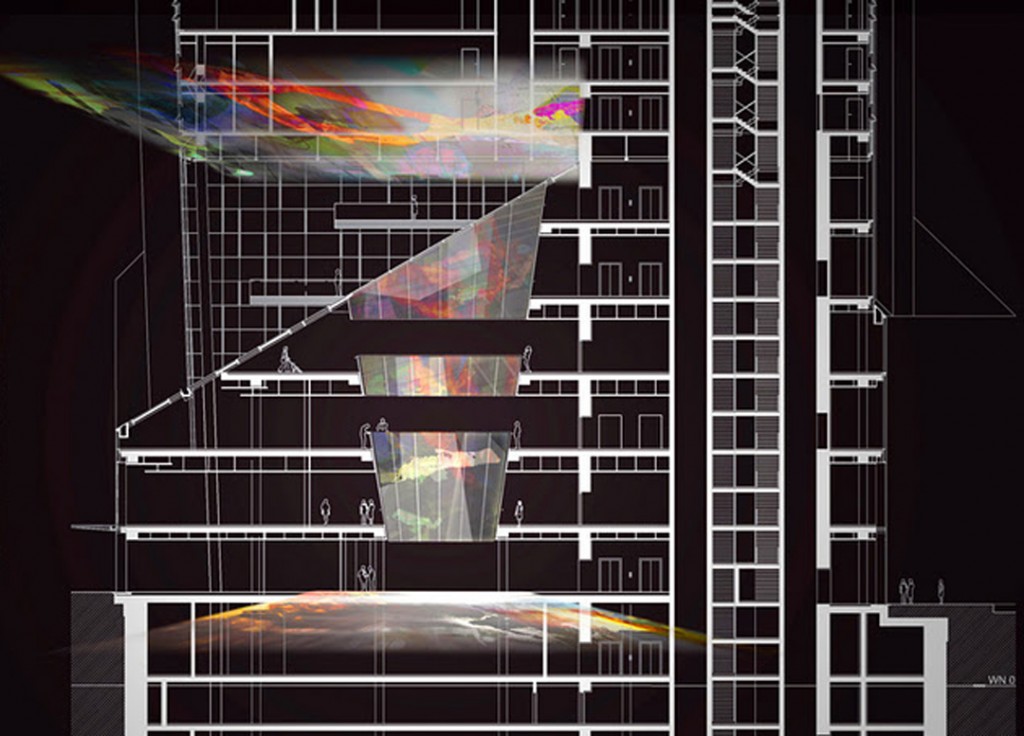 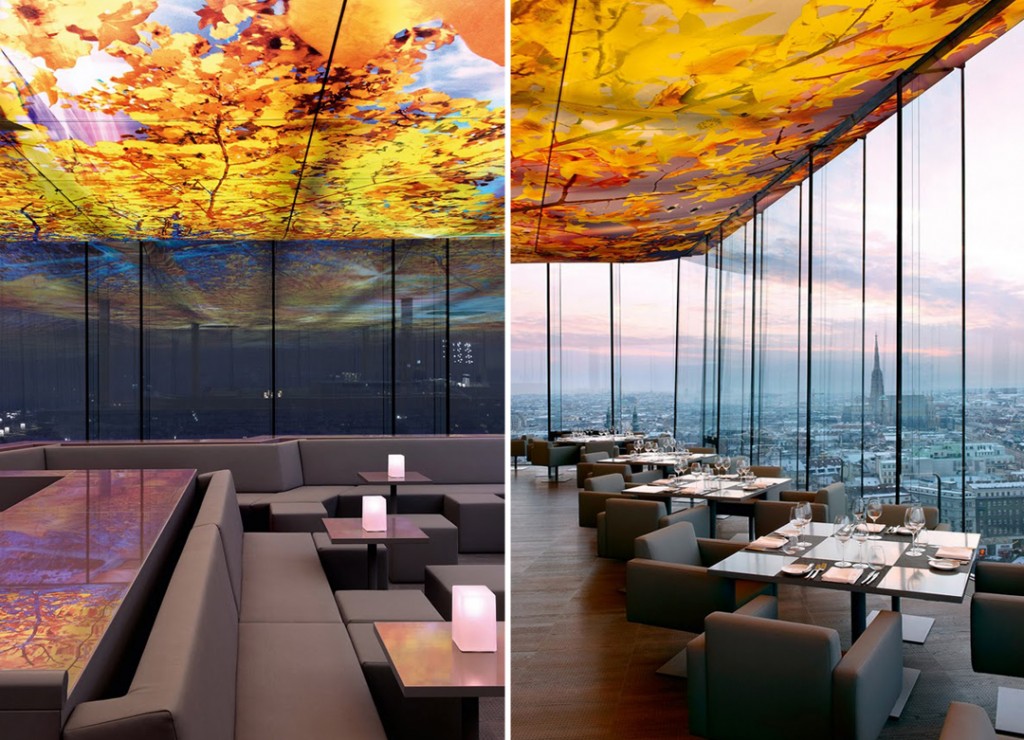 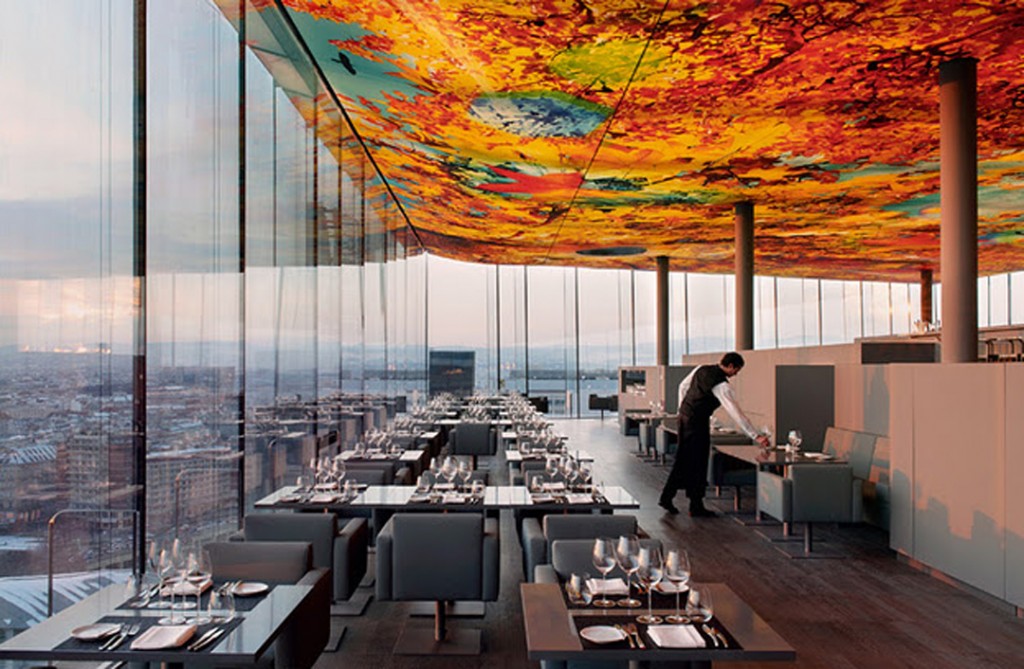 Previous post:
If Carey Mulligan Is The Future Of Hollywood Then We Have A Hell Of A Lot To Look Forward To Next Post:
Watch Craig McDean’s Exclusive “AnOther” Magazine Editorial Video Featuring Rachel Weisz