Ever since I discovered Vanessa Redgrave’s critically acclaimed one-woman performance in Joan Didion’s phenomenal Broadway play “The Year Of Magical Thinking” I can’t stop thinking magically about Redgrave herself and the staggering body of work she has built over the past half century.  The woman is a powerhouse thespian, and Tennessee Williams, among countless others, have rightfully named her as the greatest living actress in the world.  Like the finest of wines, she manages to blow us away again and again with her profound skill and legendary acting talent, and her latest performance as Volumnia in the Ralph Fiennes-directed Coriolanus is no exception.  From all critical accounts, Redgrave can almost certainly expect to hear her name called when the Academy Award nominations are announced on January 24, 2012.  Coriolanus is based on the eponymous Shakespearean tragedy of a banished hero of Rome who allies with a sworn enemy to take his revenge on the city (Redgrave plays the mother to Fiennes’ portrayal of Coriolanus).  Believed to have been written between 1605 and 1608, the play is based on the life of the legendary Roman leader, Gaius Marcius Coriolanus, and the Ralph Fiennes film adaptation also stars Gerard Butler and Jessica Chastain (whose performance in the highly anticipated Take Shelter is also generating some early Oscar buzz).  You can get a taste of Redgrave’s performance in the short featurette below.  To watch the trailer for the film CLICK HERE (although I find it a terribly underwhelming, and a poorly crafted teaser for a film which is being described as a “triumph” by so many inside sources).  I also couldn’t resist including the trailer for another Redgrave/Shakespearean motion picture set for release on October 28 — Roland Emmerich’s Anonymous.  If a picture is worth a thousand words, then Redgrave in any motion picture is worth billions.  To read The Playlist’s entire feature article recently dedicated to early Oscar predictions CLICK HERE. 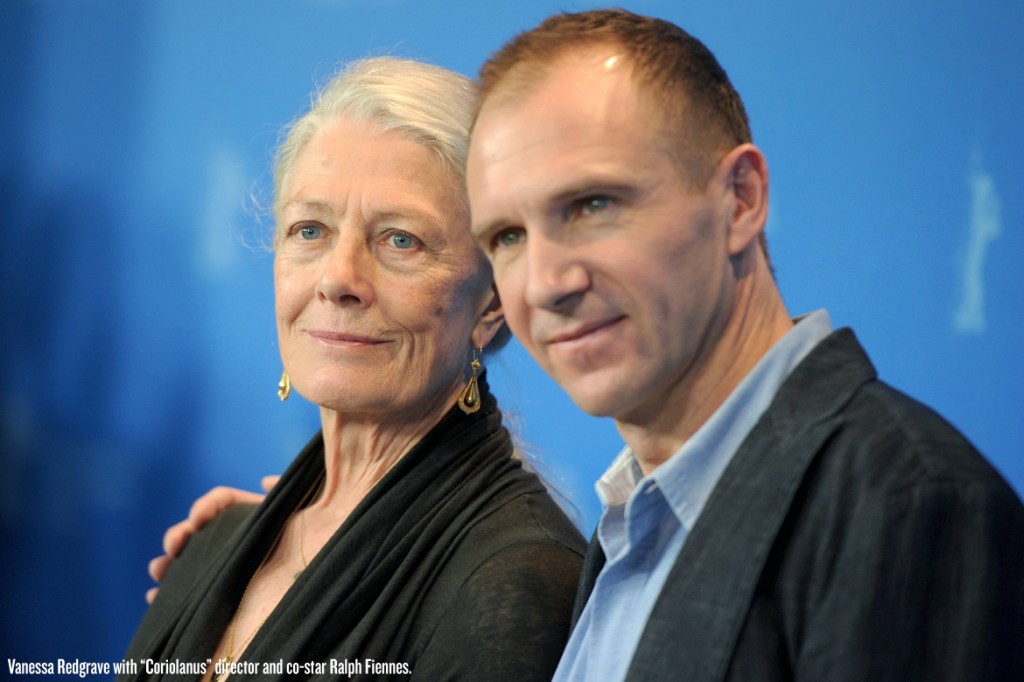