Newsweek Reports On The Rise Of The “Yogasm”: Yoga’s Best Kept And Most Arousing Secret

I’ve never tried yoga, but I definitely plan on it after reading this Newsweek feature which took a close-up look at the “yogasm”, the elusive orgasm that can sometimes pay you a visit if you’re lucky enough to merge with the infinite during an intense yoga session.  It’s something that has been talked about openly in devout yoga communities around the world, but recently, yoga instructors and students are speaking much more openly about the rare experience.  The following is an excerpt from the Newsweek feature:

… One of yoga’s goals is to strengthen the muscles in and around the genitalia, or the mula bandha. It’s like doing advanced kegels, but with an instructor’s guidance and the implementation of specific breathing techniques. Ideally, a yogi engages mula bandha throughout a majority of his or her practice, which is equivalent to heavy weightlifting for the genitals.  “We’ve long known that doing kegel exercises enables women to have more control over their orgasms and to have more intense orgasms,” says Tristan Taormino, author of The Secrets of the Great G-Spot Orgasms and Female Ejaculation.  Dr. Tall Trees breaks down the physiology further: “When women engage their PC [pubococcygeus] muscles, the tissue around the g-spot swells, which can lead to climax.”  Even if they’re not yogasming in class, yoga students often claim significant improvement in the quality and quantity of orgasms they have during sex.  “One woman who attended a class where we focused a lot on mula bandha came back the next day and told me she was able to orgasm for the first time with her boyfriend of six years,” says Rojas, seeming slightly flabbergasted himself. “So yes, things can happen!  To infinity and beyond.”

One might assume men are missing out on the fun—which may be true for in-class yogasms, but they see benefits, too. The key to engaging mula bandha is to isolate the perineum, a crucial area of sexual pleasure for women and men, according to South African tantric master Alan Finger, founder of ISHTA (Integrated Science of Hatha, Tantra and Ayurveda) Yoga. When a man draws his sexual energy in, and up toward his navel, says Finger, he increases his ability to prolong his stamina in the bedroom.  Finger argues that men actually benefit sexually from yoga more than women. “The man starts at a disadvantage because his orgasm is outwards, which makes it briefer and shorter than a woman’s. But if he can engage mula bandha during sex, then he can prolong his climax and make the entire experience more powerful.”

To read the full a-a-a-a-a-aaaaaaaaaaarticle, be sure to visit The Daily Beast.  As for me, I am heading straight to my very first yoga class this weekend.  If everything goes according to plan I will be channelling my inner Meg Ryan in the middle of my downward dog.  Let it be known that as of this moment I just coined the term “downward doggy style”. 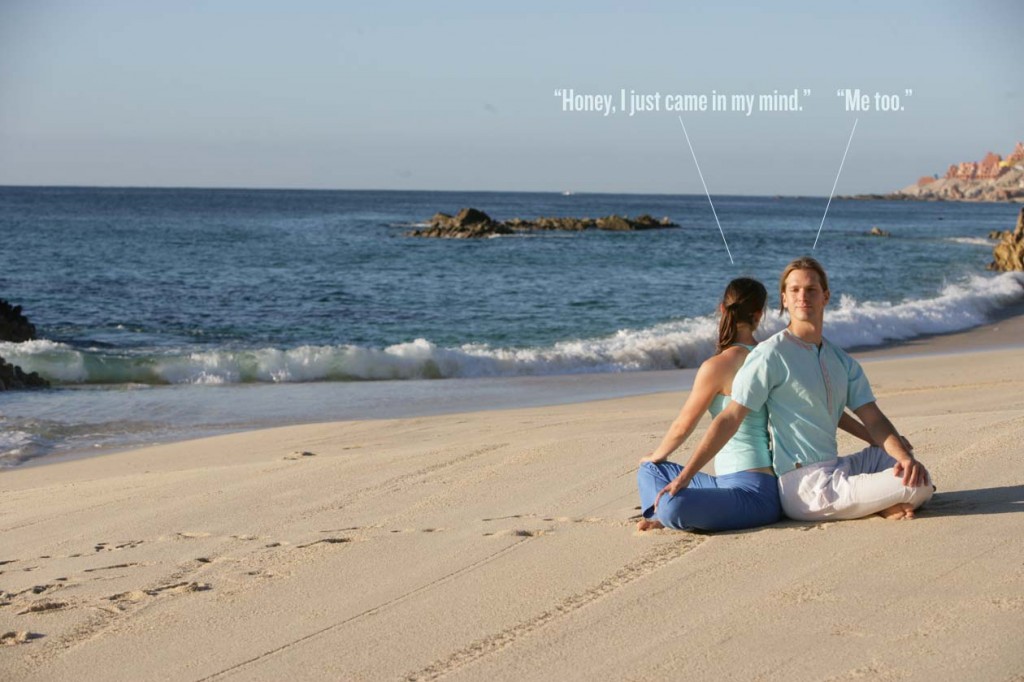 Previous post:
New Film “Finding Joe” Enters The Mind Of Joseph Campbell And How His “Hero’s Journey” Philosophy Can Transform Your Life Next Post:
After Watching This New Trailer For “Paranormal Activity 3”, The Producers Owe Me A New Pair Of Underwear