CNN just published this fascinating report on how the growing majority of society is now convinced that contact with our loved ones does not end with death.  Their thorough compilation of first-hand experiences all but confirms what many of us have already known — that these apparitions are far more than mental fabrications stemming from grief, rather they are crystal clear cases proving that the dead indeed have the ability to communicate with us after they have left their physical bodies.  The following is a short excerpt from the lengthy CNN feature:

Josh Harris’ experience baffled him as well. It involved his grandfather, Raymond Harris. Josh was Raymond’s first grandchild. They spent countless hours together fishing and doing yardwork in their hometown of Hackleburg, Alabama. You saw one, you saw the other. Those days came to an end in 1997 when Raymond Harris was diagnosed with lung cancer. The doctors gave him weeks to live. Josh, 12 at the time, visited his grandfather’s house one night to keep vigil as his “pa-pa” weakened, but his family ordered him to return home, about two miles away. Josh said he was asleep on the couch in his home around 2 a.m. when he snapped awake. He looked up. His grandfather was standing over him.

“At first, it kind of took me by surprise,” said Harris, a maintenance worker with a gravelly Southern accent. “I wondered why he was standing in the hallway and not in his house with everyone else.” His grandfather then spoke, Harris said. “He just looked at me, smiled and said, ‘Everything will be OK.’ ” His grandfather then turned around and started walking toward the kitchen. Harris rose to follow but spun around when the phone rang. An aunt who was in another room answered.  “When I turned back around to look, he was gone,” Harris said.  As if on cue, his aunt came out of the room crying, “Josh, your pa-pa is gone.” “No, he was just here,” Harris told his aunt, insisting that his grandfather had just stopped by to say everything was OK. He said it took him a day to accept that his grandfather had died.

“Honestly, before that, I never believed in the paranormal,” he said. “I thought it was all fake and made up. But I just woke up and I saw him. It couldn’t be my mind playing a trick. He looked solid.” Fourteen years after his grandfather’s death, there’s another detail from that night that’s still lodged in Harris’ memory.  As he watched his grandfather walk to the kitchen, he said he noticed something unusual. “It looked like there was a whitish glow around him.”

You can read this and many other first-hand accounts by in CNN’s full article entitled, “Do Loved Ones Bid Farewell From Beyond The Grave?”  And for the smartest words of wisdom on the afterlife that you will ever hear, sit back and watch my zen master spiritual master Big Daddy himself, Eckhart Tolle, explain what happens to a human being when they move on from this world into the next. 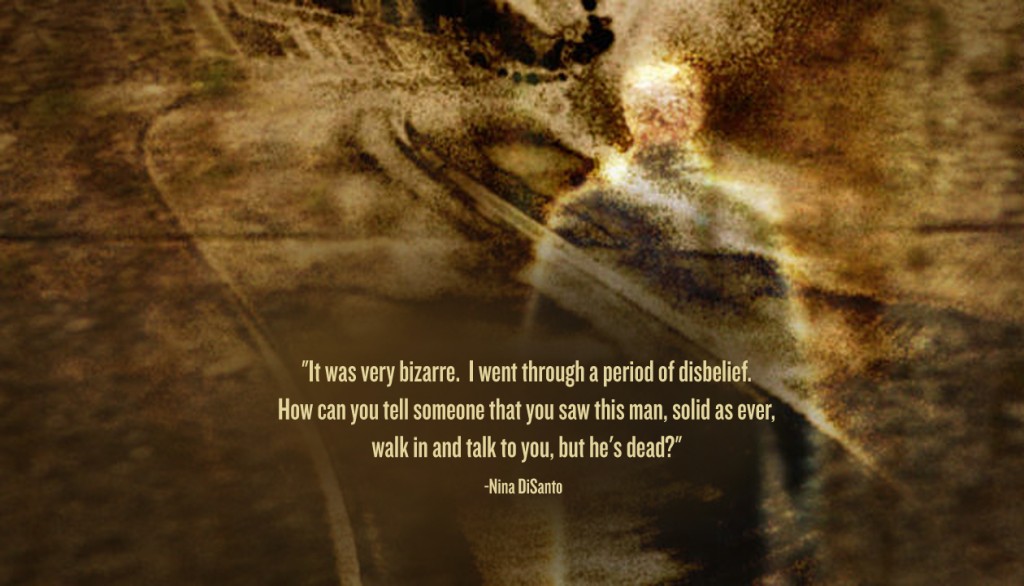