The Guardian reported last week on an elaborate and exhaustive coroner’s inquest out of Ireland which has concluded that 76-year-old Irish pensioner, Michael Faherty, died at his home from spontaneous human combustion.  Kieran McLoughlin is the West Galway coroner, and he said it was the only time in his entire 25-year career as a coroner that he has returned such a verdict.  The senior fire officer as well as the senior crime scene investigator who were on the scene told the inquest that neither of them had ever witnessed a set of circumstances such as.  Gerry O’Malley, the assistant chief fire officer, said fire officers were 100% confident that a small open fire in Faherty’s fireplace had not been the cause of the fire.  No accelerant traces were found and there was no sign that anyone else had entered the house.

The inquest heard that around 3am on December 22, 2010, a smoke alarm went off in the home of Faherty’s neighbor, Tom Mannion.  Once outside, Mannion noticed a huge amount of smoke coming from Faherty’s house but Faherty was not coming to the door when he banged on it.  Soon after, the fire brigade arrived.  Witnesses who were inside the house after the fire had been extinguished said that Faherty was lying on his back in his living room with his head closest to the fireplace.  The entire house had only suffered smoke damage, while the fire damage was centered inside Faherty’s internal organs, with the second worst fire damage occurring beneath his remains and some fire damage directly above him on the ceiling.  Expert fire officers with decades of combined expertise were left astounded, unable to come to a conclusive origin of the fire.  A state pathologist noted in her post-mortem findings that Faherty had Type-2 diabetes and hypertension, but concluded that heart failure was not the cause of death.  Due to the severe fire damage to the internal organs, it was impossible to determine a biological cause of death.  Chief Coroner McLoughlin said, “This fire was thoroughly investigated and I’m left with the conclusion that this fits into the category of spontaneous human combustion, for which there is no adequate explanation.”

Spontaneous human combustion (SHC) describes reported cases of the burning of a living human body without an apparent external source of ignition. There have been about 200 cited cases worldwide over a period of around 300 years.  One of the common markers of a case of SHC is that the body — or part of it — suffered an extraordinarily large degree of burning, with surroundings or lower limbs comparatively undamaged.  For three of the most interesting possible explanations for SHC be sure to visit VICE Magazine. 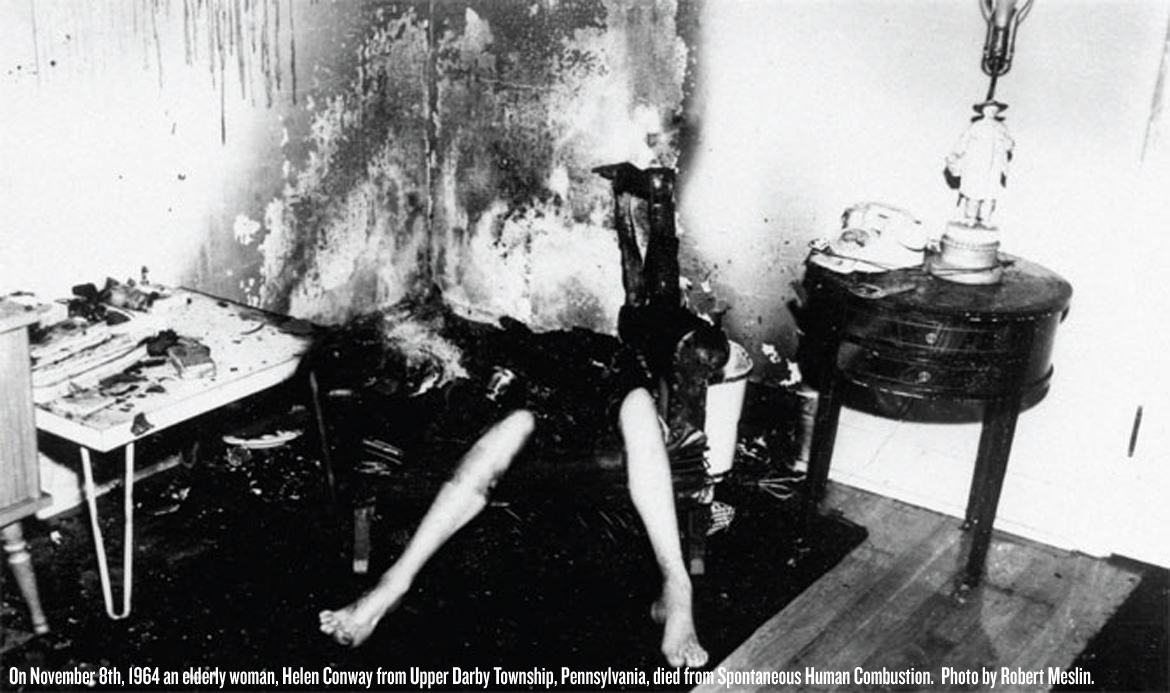 Previous post:
LINKguide (September 23, 2011) Next Post:
The STAR AXIS In New Mexico Desert Is Both An Observatory And A Sculptural Love Letter To The Heavens